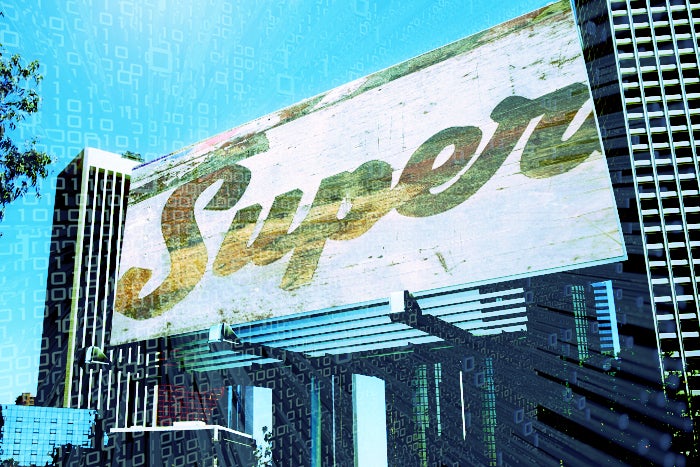 I don’t go to marketing and tech conferences for the food, though the afternoon cookies can be delicious. I go for the tips and strategies, the latest trends and, most of all, the examples of companies trying new things and succeeding. From the recent Adobe digital marketing conference, here are 10 examples of brands (and in one case, an Australian entrepreneur) that are killing it with their content marketing and/or customer experiences.

A cruise ship is the ultimate “immersive experience” for customers, and Carnival Corp. is taking that experience to the next level with its Ocean Medallion, said Brad Rencher, general manager and executive vice president of Digital Marketing for Adobe. The medallion, announced at the 2017 CES, is a small wearable device that will provide cruise ship passengers with keyless room entry, mobile payments and location-based services, such as enabling guests to navigate around a ship and find family or friends onboard. Ocean Medallion will also help Carnival learn about passenger preferences. Such an advanced customer experience could only be possible by “bringing an entire organization together” and building a “common data repository,” Rencher said. The medallion’s maiden voyage is Nov. 13 on the Regal Princess.

2. Domino’s turns IoT into the IoP

Retailers, including fast-food chains, “can no longer compete on products and efficiency alone,” Rencher said. “You must sell an experience” as well, and pizza delivery giant Domino’s is a great example. The company is on track to “turn IoT into the internet of Pizza” by transforming ordering pizza into an experience via digital devices. According to CNBC, more than 60 percent of Domino’s total orders are made using digital channels, including Amazon Echo, Google Home, Facebook Messenger, Samsung TV, tweet, text message, smartwatch, and via voice in a car. More than two-thirds of those orders come from mobile devices, CNBC reported.

3. National Geographic has been disrupting since 1905

National Geographic is a nearly 130-year-old brand “in a world of vast digital disruption,” said Jill Cress, CMO and executive vice president of National Geographic Partners, a joint venture between 21st Century Fox and the National Geographic Society. But the brand has never hesitated to disrupt — including adding photographs to the journal in 1905, when 35mm film was introduced. “Some board members left because they felt the photos weren’t consistent with our brand,” she added. Today, National Geographic is “the most followed brand on social media,” has 75 million Instagram followers, and continues to explore new storytelling methods to grow its followers. Example: The documentary “Before the Flood,” featuring Leonardo DiCaprio, was released free of charge for viewing on multiple services, setting documentary viewership records.

4. John Deere is one of the biggest media companies

Speaking of venerable brands: Farming equipment supplier John Deere is among “the biggest media companies” around, noted Joe Pulizzi, founder of Content Marketing Institute. The company’s farming magazine The Furrow— first published in 1895 — has amassed some 1.4 million subscribers. One reason is that The Furrow focuses on informing John Deere customers, rather than selling to them. By Pulizzi’s estimate, content in The Furrow has mentioned the John Deere brand 15 to 20 times in its 122-year history. With that approach, farmers who read the magazine often end up buying John Deere equipment again, he noted.

[ John Deere is plowing IoT into its farm equipment ]

Ann Reardon is a food scientist and dietitian. She started a website in 2009, How To Cook That, with recipes and the occasional video. In 2012, she launched a related YouTube channel to showcase her unconventional, creative recipes — such as her Lego Batman cake. Currently, Reardon’s YouTube channel has an impressive 3 million subscribers. Though there’s no shortage of cooking videos online, Reardon has succeeded by adding her own ‘content tilt,’ Pulizzi explained. Most content marketers believe it’s enough to use your subject authority to address customer pain points. But Reardon adds a tilt to her content by combining her authority as a food scientist with “differentiated storytelling” that no one else is doing, he added.

Founded in 2011, Stitch Fix is disrupting the fashion world via algorithms, noted James McCormick, principal analyst of customer insights for Forrester. Customers of the service fill out an online style profile, informing the company of fit, size and style preferences. A stylist looks at the data and sends a box of clothing and accessories tailored to the customer’s profile. The customer pays a styling fee and keeps or rejects any of the clothes received. The San Francisco-based startup is using “data intelligence for a competitive advantage” to know “what to stock, what not to stock,” McCormick said. Forbes estimated that Stitch Fix made $250 million in revenues in 2015, which was expected to jump 50 percent in 2016.

Copyblogger is a content marketing SaaS that started as a blog in 2006. Founder Brian Clark’s focus was to build a blog audience first and figure out a business model second, according to Forbes. Copyblogger’s parent company, Rainmaker Digital, has gone on to serve more than 200,000 customers and earn more than $12 million in annual revenues. “Ninety percent of Copyblogger’s revenue comes from customers who subscribe to their email newsletter,” Pulizzi said, adding that email is still the most effective way to market to customers.

Earnest, founded in 2013, is another successful example of an “insights-driven business” that uses data and machine learning to competitive advantage, said McCormick. The student loan refinancing startup uses about 100,000 data points on potential customers — much more than traditional lenders consider — to more accurately determine who is a safe bet or a high risk for a loan. Earnest’s algorithms look at public online and social media behavior as well as previous loan defaults, among other considerations, and bring it all together without the data silos that stymie more established financial services firms. As Earnest itself puts it: “We use data other lenders don’t — like your savings patterns, investments, and career trajectory — to give you the rate you deserve.” The company also offers personal loans.

Jyske Bank is the only media company that is also a bank, Pulizzi noted. In 2007, the Danish bank recognized the need to get its message out to customers at a time when YouTube was becoming popular. The company invested thousands of dollars in building one of Denmark’s most high-tech video production facilities. Initially, the videos were just for employees. But within a year, Jyske Bank TV was producing content for a much broader audience that includes interviews with Denmark’s top business and political leaders. Content is produced in English and Danish using global correspondents. Jyske Bank TV reporters have even asked the company’s CEO tough questions on air. And its videos have won multiple awards, Pulizzi said.

Keurig Green Mountain has sold more than 60 million coffee brewers into 26.3 million homes and 1.5 million commercial and hospitality locations, said Ryan Scott, vice president of digital and innovation at Keurig Green Mountain. Money-saving deals have percolated much of that growth. But to continue growing, Keurig needed another strategy. The company created an online quiz to compare food flavors to coffee, helping customers discover new brews. Customers also receive a ‘blind taste test kit’ with coffees that match their profile as well as others that don’t, encouraging them to expand their palettes. And Keurig has sold 15,000 ‘smart’ coffee makers that help identify how opt-in consumers use its coffee pods. Keurig is using that data and machine learning to create a better experience for its customers, Scott said.