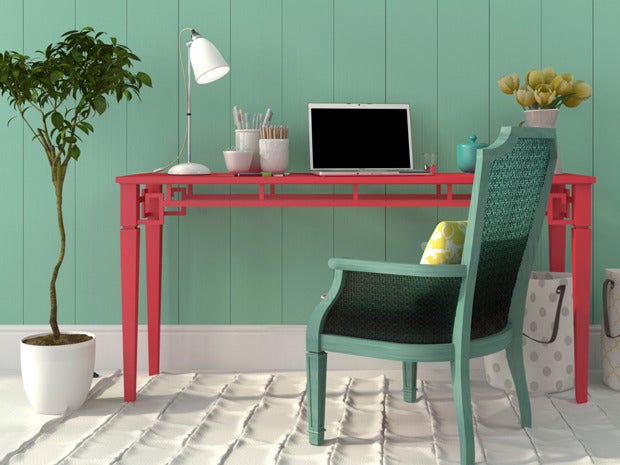 That was the injunction handed down to IBM’s marketing team just two months ago. Admittedly, the news wasn’t delivered in quite such austere terms. But the result was the same.

Forcing employees who work remotely to move their families and lives onsite is a bold move. Three weeks ago, I dove into the rationale behind hardline no-remote-working policies and made a data-driven defense based on responses from 25,234 workers found in The Changing World of Work: A Global Survey.

The line, however, that drew the most attention wasn’t one of my own. It was a quote from IBM CMO Michelle Peluso:

“[T]here is something about a team being more powerful, more impactful, more creative, and frankly hopefully having more fun when they are shoulder to shoulder. Bringing people together creates its own X Factor.”

A number of people reached out with a question: Is it possible to recreate that “X Factor” digitally? More than just “Do employees prefer remote working?” or “Does it really work?” what many wanted to know was, “How do you make it work?”

The usual answer is balance and experimentation. But the real answer is deeper than that. What’s needed is a re-humanization of how leaders think about workspace itself.

Putting people at the center of your workspace

At Polycom, we’re obsessed with collecting data on workspace interactions and analyzing how different teams effectively collaborate. Whether it’s a tech team that synergizes through Slack or screen sharing or a sales and marketing team that prefers conference rooms for creation, collective knowledge is power.

A business rarely improves what it doesn’t measure, so the first step is putting in place a system to know what works for your workers. Remember, people vary not just from department to department or job title to job title, but from person to person.

Even Peluso admits, “It is not about any given individual, and I want to be crystal clear: there are so many amazingly productive people who don’t work in one of these six locations.”

Unfortunately, that’s the root of the problem: Some people from IBM do great work off-site.

Removing people from the center of decision making will always favor some and harm others. Most notably, others who don’t work like us. This mentality is the very attitude that strips the workplace of its humanity.

To assume everyone is better off and that, therefore, the company is better off moving all interactions physically face to face ignores people’s uniqueness. Catering to humanity can’t be a one-size-fits-all business.

So, where do you look?

Often, measuring the utilization of technology is the best indication of its value. Our interactive video rooms, for instance, are enhanced with sensor technologies that count the number of occupants during a meeting and in time will record who was actually there. Not surprisingly, the more folks have access to visual collaboration technology,  the more external use increases through PCs, laptops, mobile and tablet-based clients, and consequently the more room-based technology is also utilized. This is another number we record.

Oddly enough, the advent of pervasive video, which I’ll unpack a bit more in the next point, has made face-to-face meetings more universal. When a working culture gets digitized, every interaction becomes a rich audio, video and content experience. Although anecdotal, it is not uncommon to hear folks at Polycom remark that they are unaware of where people are working from because they “see” them every day.

Monitoring these stats for yourself enables you to make decisions that are truly beneficial to everyone involved, and it frees you from the hangman’s noose tied with the hands of an ultimatum.

Reflecting and shaping culture through your workspace

The geography of work is rapidly changing. Innovations such as huddle rooms—small “conference rooms” for one to three people to collaborate locally and remote—along with open spaces are popping up everywhere.

Pixar, for example, intentionally designed their original floor plans to increase employee small-talk. As Brad Bird, a director for Pixar, explained, “The atrium initially might seem like a waste of space. But Steve realized that when people run into each other, when they make eye contact, things happen.”

In his recent book Pre-Suasion, Dr. Robert Cialdini relays a striking example of how space impacts work. Speaking with a project manager tasked with developing “systems designed to stimulate employees to work more effectively,” he asked her the ingredients necessary to forge the most successful incentive programs.

“After listing several factors whose positive impact she could easily understand—extent of experience of her team in the client’s industry, level of information the client’s team provided to hers, amount of preparation on the part of both teams—she mentioned one she didn’t understand at all,” Cialdini said. “There was a type of working space at client headquarters that lent itself to crafting programs that had later turned out particularly well: centrally located rooms with glass walls.”

As it turned out, the secret lay in her team being visually exposed to the people their systems were designed to impact. Does that require sharing the same physical space? Not necessarily.

Numerous companies—Polycom included—have set up video connections between sites in hallways that are on 24/7 to further enable these ad hoc meetings to take place. Likewise, “war” rooms cross geographical boundaries through large-scale video walls that turn two or more distant rooms into a single workspace.

These examples represent a small taste of just how powerfully workspace reflects and shapes culture. And this revolution isn’t just physical; it’s digital.

Similar collaborative progress is being made in online spaces. From Slack channels that allow for quick and easy communication to Skype, Facetime and Google Hangouts that allow for scheduled video calls, digital space is quickly becoming saturated with opportunity. Opportunity to “run into” and collaborate with others. When the flexibility of these digital communication tools is married with the intimacy and convenience of face-to-face interactions, to quote Brad Bird again, “things happen.” In Peluso’s language, “X Factor” things.

What this takes is an intentional commitment to look for ways that both physical and digital workspaces can bolster the values and outcomes our cultures espouse.

A better way to navigate workspace

While some companies might default to old-fashioned ways, others have decided to put people at the center of their decisions and get strategic about the interplay between space and culture.

Of course, neither of those approaches can come exclusively from the top down: “Thus sayith the C-level.” The only way to do this effectively is to know the hard numbers of how your people work best and create a shared vision of how to work together.