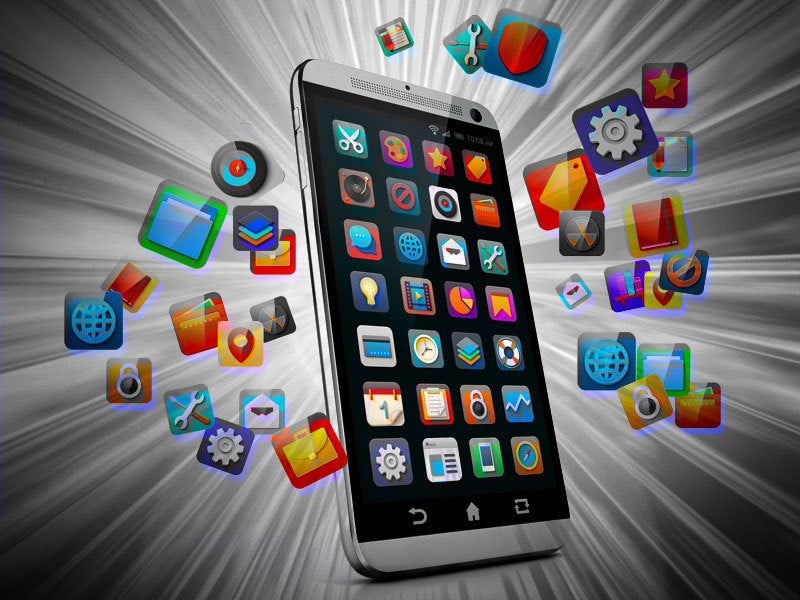 Android surpassed Microsoft’s Windows in March to become the most popular operating system on the internet, according to figures compiled by GlobalStats, the research arm of web analytics company StatCounter.

GlobalStats found that, worldwide, Android had a 37.93 percent internet usage market share, just ahead of Windows at 37.91 percent. “This is a milestone in technology history and the end of an era,” said Aodhan Cullen, StatCounter’s CEO.  “It marks the end of Microsoft’s leadership worldwide of the OS market which it has held since the 1980s. It also represents a breakthrough for Android, which held just 2.4 percent of global internet usage share only five years ago.”

Cullen may be overstating the significance of the findings somewhat because, allowing for a margin of error, Windows could still be top dog on the internet. But really that is beside the point, which is that mobile operating systems have come from nowhere in five years, and desktop computing in general is in relative decline.

[ Strategy first: How to do mobile dev right ]

If mobile computing is set to dominate, is there any point in making desktop versions of enterprise applications? Shouldn’t developers be thinking almost exclusively in terms of building mobile applications — albeit ones that can be accessed from a desktop machine if it’s really necessary, either through a web interface or by porting some or all of the functionality of the mobile app to Windows?

In most cases that is not hard to do, and it’s getting easier by the month, according to Peter Nixey, founder and CEO of email start-up Copyin.  He says tools like React Native allow developers to write native mobile apps using JavaScript that can also be turned into web apps. “The state of React Native is not quite that you can write once and run anywhere, but you can certainly write once and customize anywhere,” he says. “But the quality of React Native and the JavaScript frameworks mean it doesn’t matter if you want your app to run on iOS or Android or the web.”

There are plenty of other tools, notably Microsoft’s Xamarin and Apache Cordoba, which enable developers to build apps for iOS, Android and Windows in one go.

Now a mobile app that can also be accessed as a web app (or even as a Windows application) is a very different proposition from a classic Windows application which has been designed from the ground up to be displayed on a big screen and to be accessed using a keyboard and mouse.  So does that mean that the type of user interface that corporate desktop users should expect to see will change in the coming years? To an extent that’s already happened.

For the first few years after the launch of the iPhone, Microsoft stuck to its desktop metaphor in Windows, while iOS and then Android offered something completely different.

But when Microsoft launched Windows 8 four and a half years ago, the new desktop operating system mimicked its Windows Phone 7 and 8 mobile operating system user interfaces with big, colorful, blocky tiles, abandoning the Windows “Start” button at the same time.

[ What you need to know about Windows 10, UWP and desktop apps ]

It’s fair to say that this new mobile-oriented interface was not generally well-received by desktop users, and ultimately Microsoft found itself obliged to bring the Start button and other desktop elements back. Interestingly, while Microsoft’s phones were never a success, its mobile operating system user interface was well received by mobile users. People liked using Windows Phone 7 and 8; they just didn’t want to buy the phones.

Even on Windows tablets like the Microsoft Surface or Samsung Slate, Microsoft’s mobile interface proved popular. What’s telling, though, is that for certain applications, such as Excel or Word, many users preferred the traditional desktop interface that Microsoft provided rather than the mobile one.

If mobile operating systems are going to dominate the corporate computing environment, applications must evolve, and developers will have to become far smarter at building user interfaces that allow users to get real work done on mobile devices without feeling constrained by the lack of a keyboard or mouse. This is particularly true for applications running on tablets.

Becoming ‘smarter’ in this context means that “designers will have to put less into the user interface — because mobile device screens are much smaller — so they will have to think very carefully about what it is exactly that a user wants to do,” says Nixey. “But users will be much more relaxed because they won’t be presented with thousands of things on the screen at once.”

Marty Resnick, a research director in the App Design and Development team at Gartner, agrees that interfaces must change and believes that the increased popularity of mobile devices will drive improvements in corporate applications, whether they are accessed as web apps, on tablets or smartphones, or even as traditional desktop applications. “The user experience has and will continue to go up, because people have come to expect the intuitiveness of mobile apps,” he explains.

But it won’t be a straight path.

A potential complication for developers is that smartphones, despite their small screens, could be used to run corporate applications that are accessed as desktop applications. That’s because of the introduction of technology like Microsoft’s Continuum and Samsung’s DeX that allow users to plug their smartphones into full-sized computer screens and use keyboards and mice to drive their applications.

The good news — for developers at least — is that Continuum has failed to gain much traction, and although it is early days for DeX, Resnick believes that it is unlikely to succeed. “I don’t think Continuum or DeX will ever take off in a significant way — docking just doesn’t seem to work for people because they don’t want to plug their phone in to a docking station,” he says.

Why the resistance to docking? “I think most people think of their smartphone as an accessory, not a PC,” Resnick says. “That means that while they are working (on a PC or tablet) in a corporate application they want to be able send texts or check out Facebook on their phone. They don’t want to use it for working.”

The PC desktop isn’t dead quite yet — Android and Windows are still just about neck and neck when it comes to internet usage market share. But given the rate of growth of Android and iOS combined, the plethora of mobile devices from smartphones to tablets, and even technologies like Continuum and DeX, it is inevitable that enterprise applications and their interfaces are going to have to change. If that makes them as intuitive to use as most mobile apps, so much the better.