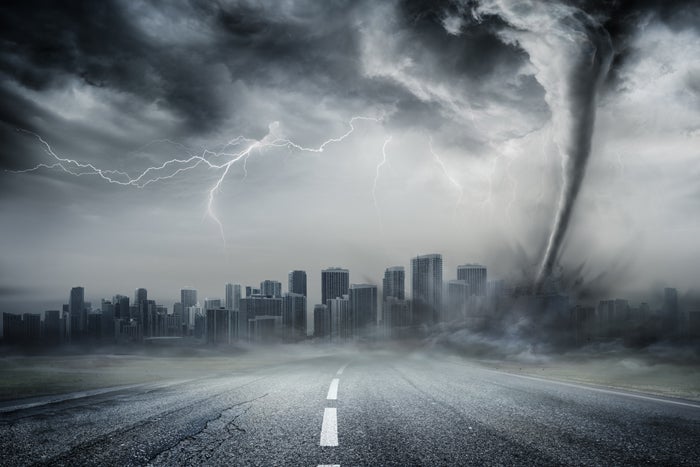 Saying bimodal IT is dead may be a tad premature. But as digital disruption continues to sweep across sectors — driven by companies such as Amazon.com, Uber and Airbnb — two-speed IT is beginning to look and feel antiquated. Some CIOs and consultants argue that the operating model hinders innovation at a time when companies must accelerate their digital initiatives.

Introduced by Gartner in 2014, bimodal IT splits technology departments into two groups: a stable mode (Mode 1) where the bulk of technology is carefully cultivated and refined and a second mode (Mode 2) that espouses experimentation, free-thinking and agility. Forking IT into separate tracks made sense a few years ago, as many CIOs worked to plug gaps in talent, process and technology, Forrester Research analyst Matthew Guarini tells CIO.com.

Marketing, sales and other departments consumed cloud software in the shadows, sending CIOs scrambling to accommodate them. But CIOs also recognized that they needed to move faster to counter digital rivals and incumbent competitors. CIOs paced development of ERP and other systems of record deliberately while fast-tracking innovation. The fast track ran in parallel to the slow track. Many companies have embraced and enjoyed success with bimodal IT. Gartner said in its 2017 CIO survey that 71 percent of top performing companies report that bimodal IT improves innovation.

Why bimodal no longer works

But bimodal is proving untenable at a time when CIOs are overhauling their technology operating models to move at the speed of the customer. A major reason for the disconnect is that bimodal bifurcates the IT department, pitting cool kids focused on cutting-edge technologies and innovation, (such as mobile apps and voice recognition), against developers grinding their way through ERP implementations or supply chain revamps.

Guarini says CIOs need to adopt cohesive business technology models, which include modern technology platforms and processes. Key ingredients include cloud software, microservices and APIs. Agile and DevOps, which includes continuous integration, testing and deployment, are the preferred development models. Code that previously took weeks or months to update was updated in minutes or days.

Many CIOs have discovered that they can complete more projects more quickly in agile and DevOps. And they argue that bimodal won’t work as they race to stay ahead of incumbent competitors, digital startups, regulations and other obstacles. CIOs need to get minimum viable products out the door, learn from customer feedback and refine the products. They are operating as product developers rather than order takers. As Trevor Schulze, CIO of chipmaker Micron Technology, told peers at the Forbes CIO Summit last month, “If you’re asked to run revenue and you’re asked to deliver something to a customer that has a check associated with it your whole mindset has to change.”

Take creating a mobile application intended for retail customers, for example. Developers who race to code the app in the agile or DevOps models shouldn’t get bogged down as it seeks to pull data from the ERP, a company’s crucial system of record, which has historically been built in waterfall. CIOs know they can create a workaround, typically in the form of an API service call, to extract the data from the transactional system, Guarini says. This is the hallmark of a business technology strategy designed to win, serve and retain customers. But it’s just as crucial to adapt your processes to business technology.

Singtel established a customer experience learning program for more than 800 IT employees in Singapore and Australia, Guarini says. Every member of the IT staff went through a one-day awareness program covering IT service levels, customer journeys, and key technology touchpoints. IT also used a Net Promoter Score measurement program tied to employee key performance indicators.

[ The vendors that got you here may not get you there ]

Guarini says that mature digital companies will look to extend the fast-paced ethos beyond IT to other business functions, just as companies leveraged Six Sigma across their entire enterprise, Guarini says. That we’re-all-in-this-together mindset often requires a cultural shakeup that is hard to affect but must start with the CEO.

“The company will look to the CEO for the overall challenge, and your team will look to you for leadership,” Guarini and fellow Forrester Research analyst Tim Sheedy wrote in a research report last month. “Your actions must demonstrate the core set of values that will be important to your business going forward. Agility, innovation, and speed should be central to this new culture.” Those who don’t run the risk of watching their companies perish.

“I think two-speed IT is dead,” said Ralf Dreischmeier, global leader of The Boston Consulting Group’s Technology Advantage Practice, at the Forbes CIO Summit. “There is only one speed of IT that exists today and that is fast.”