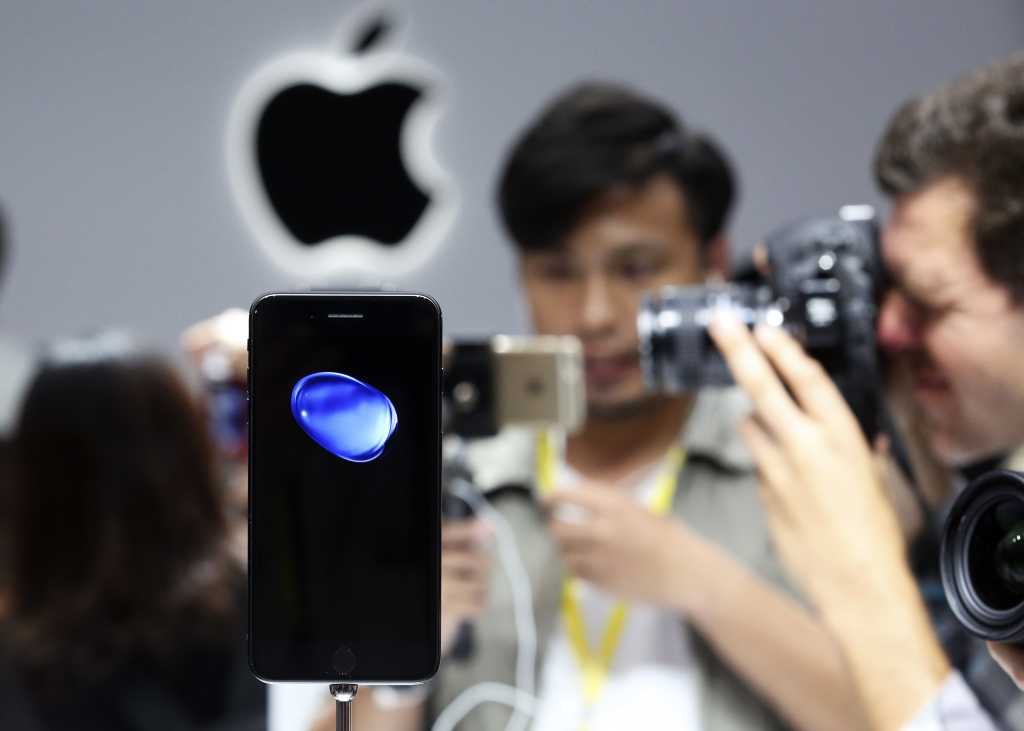 Another iPhone release, another drama filled with suspense, aggravation and — when I least expected it — a pleasant surprise.

Like a few other West Coasters, I stayed up until after midnight on Friday, Sept. 9, to snag a new iPhone 7 Plus (128GB, matte black, AT&T). I had Apple.com open on my MacBook Air and the Apple iOS app fired up on both my iPad Pro and iPhone 6s Plus. I was ready for battle.

However, Apple’s klunky ordering process thwarted my every attempt to reserve the desired phone. I stayed up late and jumped into the preorder process as soon as it was available, only to be faced with practically no iPhone inventory. After about 20 minutes of futility, I went to bed, fuming.

To put it in Apple-esque terms, I was iRate.

I know this is a classic example of a “first-world problem,” but the iPhone 7 preorder process was unusually boneheaded for a company that’s renowned for its smart, easy-to-use interfaces.

After I confirmed that my current iPhone is eligible for an upgrade via Apple’s iPhone Upgrade Program, I entered in my state, city and the Apple Store at which I wanted to pick up my iPhone, the model I desired, and the wireless carrier. Then I saw the available stock for the iPhone 7 Plus models, and it was extremely limited. The 32GB Rose Gold model was available, and that was about it.

After that unsuccessful first attempt, I checked stock at another store by selecting a different city and Apple Store, then reentered my desired iPhone model and carrier. I repeated this for every Apple Store I could reasonably reach within an hour’s drive of San Francisco. Each time, the stock — especially for AT&T iPhones — was woefully inadequate to nonexistent.

I checked again during the next few days, but iPhone preorder inventories were even more limited.

On Monday, I happened upon a Macworld.com article that said, “Apple is attempting to sort out iPhone Upgrade Program preorder issues.” Customers like me in the iPhone Upgrade Program were apparently placed “in a different queue” than other customers. As a result, we had to reserve our iPhones through local Apple stores, “which resulted in limited availability.” (MacRumors.com originally reported the story.)

“Due to high demand, the model you’d like may not be available. Please call 1-800-MY-APPLE and mention the iPhone Upgrade Program. A Specialist will help you find the model you want.”

“Customers who have called the number have reported that Apple is taking their information and what iPhone they want while the company figures out a viable solution. These customers were told that they would be receiving a call back in two business days,” Macworld.com reported.

Tuesday morning, I called the 800 number Apple provided. I explained my plight to an AppleCare support rep and mentioned what I’d read in the news. She seemed familiar with the situation and offered to connect me to a local Apple Store, where someone might be able to help.

Apple has three San Francisco stores, so I requested the one nearest my home, Stonestown. A sales guy answered my call and suggested that I come to the store on Friday morning, Sept. 16, when the new iPhone models would actually be in stock. He said I should explain to whomever assisted me that I’m a member of the iPhone Upgrade Program but couldn’t preorder on Sept. 9. And the Apple rep said they’d do their best to help me.

I wasn’t encouraged so I’d decided to put the iPhone 7 Plus on the back burner, maybe even skip the upgrade.

Tuesday night, as I retraced my preordering steps from last week while fact-checking this post, something surprising happened. The first Apple Store (Stonestown again) I checked had somehow acquired new iPhone 7 inventory, and I was able to reserve the phone I wanted for pickup this Friday morning. I checked a few other stores. They, too, had much more inventory than a few days ago.

AppleInsider.com reported Wednesday morning that as of Monday night, the Upgrade Program web page presented “available stock in some locations to purchasers.” Also on Wednesday morning, I received the following email from Apple.

A New York man sued Apple Tuesday, claiming the company misled iPhone Upgrade Program customers and asked that the suit be granted class action status. Was it the threat of a class action lawsuit that made the inventory suddenly materialize? Who knows? I emailed Apple requesting a comment but I haven’t heard back.

Regardless, Apple needs to seriously streamline its iPhone preordering process to make inventory transparent. The experience mirrors the kind of user interface you’d expect from Microsoft in 1995, not Apple in 2016. The iPhone preordering snafu reflects poorly on Apple as a brand — it’s not as if this is the first iPhone release — and it gives long-time Apple buyers like me bad customer experiences.

It’s even more outrageous when you consider that those who bought an iPhone through Apple’s Upgrade Program were, in effect, penalized for doing so. Let’s hope that with the tenth-anniversary iPhone release next year, Apple uses its engineering smarts to help customers buy the thing without having to earn it.