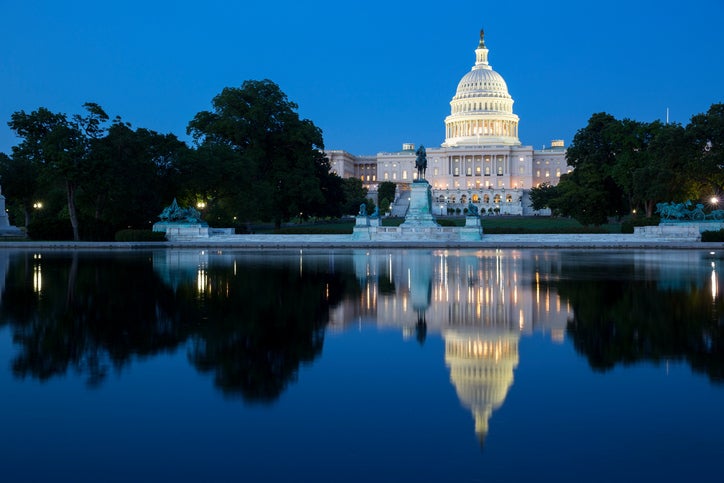 The House Judiciary Committee’s vote on the “Protect and Grow American Jobs Act,” the latest bill purporting to address problems with the H-1B visa program was pulled from the schedule late on Tuesday.

Introduced by Rep. Darrell Issa (R-Calif.), and Scott Peters (D-Calif.) over the summer, the bill is intended to “close a major loophole” in the non-immigrant visa program which both Indian and U.S. IT services firms use to bring foreign born technology professionals stateside to work.

[ Related: H-1B bill advances in House — as does anxiety about it ]

Under the current H-1B visa rules, so-called H-1B dependent firms (those employing 15 percent or more visa workers in the U.S.) are technically prohibited from displacing U.S. employees also required to make a “good faith” effort to hire a U.S. worker before taking on a visa worker. However, if the H-1B visa holder is paid $60,000 a year or holds a master’s degree, the company is exempt from the displacement rule.

The bill would eliminate the master’s degree exemption and raise the $60,000 threshold to $100,000, which its Congressional supporters say would make it harder for H-1B dependent companies to bring over foreign workers at salaries that undercut American pay. IT industry trade group CompTIA called the bill “a strong step in the right direction for expanding the United States high-skilled workforce.”

If bill does return to the House schedule, most who monitor H-1B visa issues think it will have a very limited impact.

“The bill will reduce outsourcing for jobs that pay less than $100,000, but it will not end outsourcing.  In fact, loopholes in the bill may result in the bill having far less of an impact than you would think,” says Russell Harrison, director of government relations for IEEE-USA. “[We] would prefer Congress to simply ban the use of H-1Bs to replace American workers.  It’s a simple fix, consistent with the intent of the H-1B program, and popular with the American public.”

The H-1B visa program rules as they exist now put an increased burden on Indian IT services firms, who fall into the H-1B dependent category. U.S.-based outsourcing providers like IBM Global Services and Accenture, who also use the H-1B program, do not have to comply with added non-displacement and good faith requirements. This bill continues that focus on Indian firms.

“This bill avoids the central problems of H-1B, which involves the fact that the abuse of H-1B occurs across the board–not just by the H-1B dependent employers,” says Norman Matloff, a professor of computer science at the University of California-Davis. “It would just shift all of that work to IBM and other American companies that do the same thing anyway.”

“While this {bill, if passed] will drive more U.S.-based hiring, it will also drive more remote support from offshore locations,” says David Rutchik, executive management director of outsourcing consultancy Pace Harmon. “By pushing in this direction, existing U.S.-based technology workers may actually come under more pressure, not less, as the overall model changes.”

Ron Hira, associate professor of public policy at Howard University and author of Outsourcing America, says many H-1B dependent firms have ways around the $60,000 wage requirement that would likewise render the $100,000 minimum wage toothless.

“Those firms can continue to displace U.S. workers as long as they wait 90 days to lay off the U.S. worker,” Hira says, noting that the knowledge transfer from the U.S. worker to an H-1B visa holder usually takes at least that long. “There are other easy workarounds such as defining the jobs differently,” Hira says. “Further, it would be very easy to comply with the good faith recruitment requirements yet still prefer H-1B workers over qualified U.S. workers.”

Hira examined the Labor Condition Applications (the LCA is the document employers must file with the U.S. Department of Labor before petitioning the U.S. Citizenship and Immigration Service for non-immigrant visas) and the I-29 petitions filed with the Department of Homeland Security for the biggest Indian user of H-1B visa holders from 2010-2012. He found that 6,866 of the 18,000 approved workers were neither paid $60,000 nor held post-graduate degrees.”

Harrison says the IEEE-USA would like Congress to expand the employment-based green card program to make it easier for skilled non-Americans to immigrate and become full citizens, “but that’s too much to ask for this year.”

If the bill does resurface, Hira sats that it’s unlikely to change the hiring practices of firms who “will find easy workarounds the H-1B Dependent rules, meeting good faith recruiting and non-displacement in the letter of the law but not in the spirit of it.”