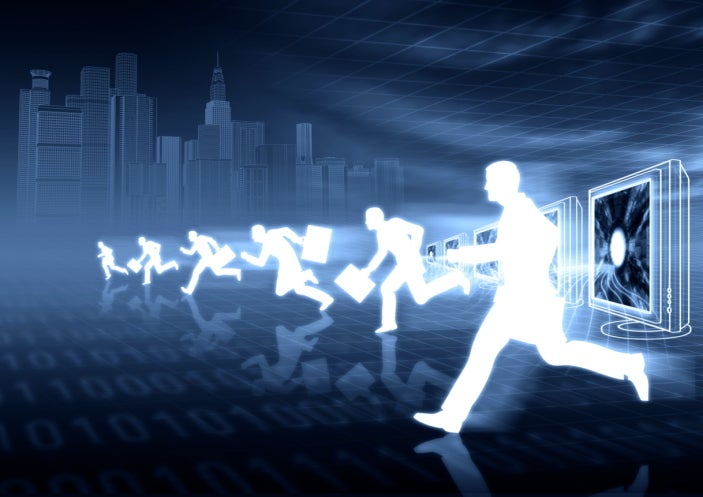 CMOs are nearly twice as likely as CIOs to lead digital transformation efforts within their organizations, according to new research from Altimeter Group. The top three transformative initiatives — accelerating innovation, modernizing IT infrastructure and improving operational agility — typically fall under the responsibility of IT, but a disconnect exists between the trends driving change and the individuals who lead the efforts, according to Brian Solis, principal analyst at the research and advisory firm.

CIOs are more likely sit on the sidelines, because their agendas are already full, he says. When CIOs join an organization there’s usually a backlog of demanding projects they need to take over, according to Solis. “There’s an aspect of being in IT that is always looking in the past, or at least working in the past,” he says. Conversely, CMOs “live and die by how successful they are in reaching new customers, driving sales and conversions.”

Altimeter says its research is based on interviews and survey data from 528 digital transformation leaders and strategists. CMOs lead digital transformation initiatives at 34 percent of the companies surveyed, followed by CEOs (27 percent), CIOs or CTOs (19 percent), and chief digital officers (15 percent), according to the report. CIOs may be behind others in the C-suite when it comes to transformation, but plenty of opportunity exists for IT leaders to take ownership, Solis says.

“The more research I do, the more I’m surprised at how little companies are advancing,” Solis says. Many organizations are still beset by cultural challenges, rigid mindsets and a short supply of empathy, according to Solis. “The CIO doesn’t work the way their employees work, and the CMO doesn’t live the brand the way their customers live the brand.”

IT and marketing also have vastly different views of the future, he says. IT leaders need to keep their workforces productive and operations running smoothly, whereas marketers perpetually struggle to keep up. “The entire [marketing] ecosystem is really about never keeping up, never having enough, and never being fast enough to keep up with all the customer changes and trends they’re seeing on the horizon,” Solis says.

“If there’s one thing that CIOs could get better at it’s becoming more human,” he says. “Technology is a function of how people operate, but the whole regime of the CIO was built upon command and control.” The more empathetic CIOs become, the more they can learn and understand that people aren’t going to conform, according to Solis.

“Now we have access to data, machine learning, artificial intelligence and all of these things that can help the company actually make better decisions,” he says. “But we’re still dealing with the way things were, and how we’re supposed to operate within the boxes that we’re in, when in fact there doesn’t even have to be a box.”