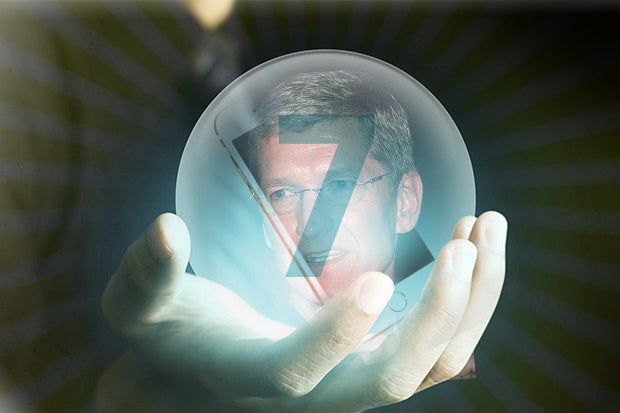 As the CEO of a company that shrouds its product development in secrecy, Apple’s Tim Cook knows how to fan the flames of speculation. In an interview with ABCNews last week, Cook said that augmented reality (AR) is likely to surpass their virtual reality (VR) in a commercial context.

“There’s virtual reality and there’s augmented reality — both of these are incredibly interesting,” Cook, whose company has not released an AR or VR product, told ABCNews’ Robin Roberts. “But my own view is that augmented reality is the larger of the two, probably by far, because this gives the capability for both of us to sit and be very present, talking to each other, but also have other things — visually — for both of us to see.”

AR overlays digital information on real-world objects, which the user typically views through the display of their mobile device, such as a smartphone or wearable compute. Niantic Labs’ Pokemon Go is arguably the best-known AR application to date. Far more immersive, VR product like Facebook’s Oculus Rift or Microsoft’s HoloLens devices are entirely digital and typically involve strapping on clunky, SyFy channel-type headset that whisks you off to some new world.

Cook suggested that AR’s capability to let you remain aware of the world around you versus VR’s immersion into a digital realm better positions AR for mass consumption, a view shared by Niantic CEO John Hanke. DigiCapital suggests Cook and Hanke may be right, arguing that AR revenues will top $90 billion by 2020 compared to $30 billion for VR.

“VR is a technology that is going to allow people to dip very deeply into specific scenarios but it’s the kind of thing that you’re not going to do every day unless you’re a gamer,” says Forrester Research analyst JP Gownder, who tracks the use of emerging technologies. “AR has the potential down the line, and particularly with smart glasses, for being a notification system that is very universal.”

Until Pokemon Go’s emergence from Niantic Labs in July, the AR market for consumers was virtually nonexistent. However, the mobile app has generated more than $500 million in revenue and has revived conversations about consumer-driven AR. Retail, real estate and other industries are mulling how they can apply similar gamification tactics in a mobile device to lure consumers. It’s also prompting more questions regarding Apple’s plans for the nascent market.

Asked about the success of Pokemon Go at an investor conference in July, Cook said the game was a “testament to what happens to innovative apps.” He added, “We’re high on AR in the long run and we think there are great things for customers and a great commercial opportunity.”

Apple certainly has the assets to produce a product, thanks to acquisitions of Metaio, whose AR software has been used by Ikea to create virtual product showrooms, motion capture firm Faceshift, messaging app maker Flyby Media and 3D-sensor provider PrimeSense. Moreover, the company reportedly has hundreds of engineers working on AR/VR technologies and has filed patents going back 10 years.

AR/VR farther along in the enterprise

Apple’s wait-and-see approach has some merit. Despite a crowded field that already includes Facebook, Microsoft, Google, Samsung, Sony and secretive startups like Magic Leap, interest in AR and VR has been lukewarm at best.

The lack of compelling content, high costs and user experience issues, such as bulky headsets and technical glitches, have hampered wide-scale adoption of AR/VR, according to a Perkins Coie and Upload survey of 653 tech executives released this month.

And while current trends dictate that technologies gain traction among consumers before crossing over to the lucrative enterprise sector, the best AR/VR scenarios have launched in enterprises today, says Gownder, the Forrester analyst.

AR has propagated in field services and other workflows courtesy of smart glasses, which enable workers to conduct their tasks relatively hands-free. Several hospitals have embraced Google Glass, despite the company’s early marketing fumbles.

Meanwhile, Microsoft’s HoloLens headset, though initially viewed as a gamer’s delight, is gaining steam in large businesses. Japan Airlines has developed two proof-of-concept programs using HoloLens to train engine mechanics and flight crews. AECOM engineers are using HoloLens to view complex construction projects as if they were 3D models placed on a table.

“AR is an incredibly powerful enterprise technology right now,” Gownder says. “On the consumer side, it has been overhyped because people don’t really get it and until Pokemon Go they didn’t really know what it was.”

This makes Apple the potential white knight in this scenario, a role with which it is intimately familiar. It was Apple that jumpstarted the smartphone and tablet markets, introducing the iPhone in 2007 and the iPad in 2010.

Apple could help ignite a slow-moving market in which software designers are struggling to figure out how to approach the new mediums, and enterprises are uncertain about how to apply available products to support their businesses.

“That’s classic Apple,” says Gartner analyst Tuong Ngyuen, who advises clients on potential AR/VR use cases. “Teaching us what things are, why it’s cool, bringing into the light and raising the tide for everybody.”