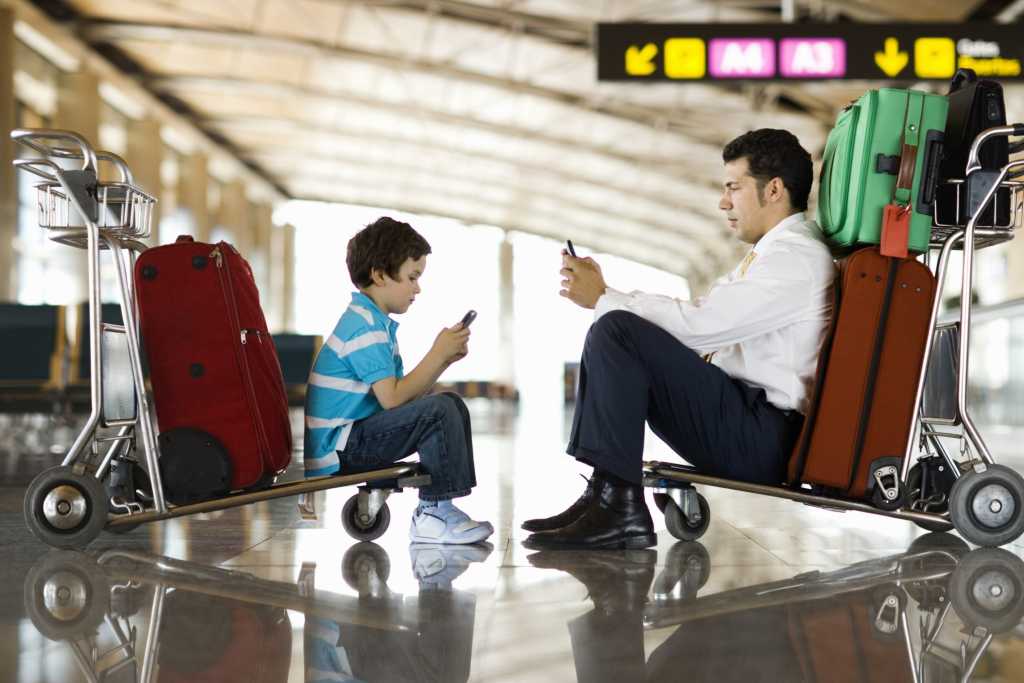 If you’re traveling on business or going on vacation with the family, chances are you’ll use mobile devices at the airport. You’re out of luck, however, if you have a long layover in Los Angeles, Miami or Austin. The super-busy airports in these three cities have terrible cellular connectivity, across all wireless carriers, according to a new report.

Oakland, Calif., however — a city that’s often overshadowed by its more glamorous cousin across San Francisco Bay — has by far the best cellular connectivity of any airport in the United States, according to a new survey from RootMetrics on the 50 busiest airports in the country. On average, you can download video or files at 60 Mbps at the Oakland airport. That’s more than twice as fast as the FCC’s latest definition of broadband.

Ranking cellular networks at the airport

RootMetrics conducted extensive tests of cellular connections at those 50 U.S. airports and compiled a list of the best and worst performers. The company measured speed, and the ability to get and hold a connection, and it gave each carrier and airport a composite score. Although you might assume the busiest airports suffer the worst network congestion and see slower speeds, that’s not the case, RootMetrics says. Atlanta Hartsfield-Jackson and Chicago O’Hare are the first- and third-busiest airports in the country, but they ranked sixth and fourteenth fastest on the composite-score list, respectively.

After Oakland, the city airports at the top of the list were in Milwaukee; Fort Myers, Fla.; Orange County, Calif.; and Boston. At the very bottom of the list were the airports in Los Angeles, Austin, Fort Lauderdale, Philadelphia, Houston and Nashville.

Los Angeles International Airport (LAX), the second business airport in the country, really stood out for its bad cellular performance. Network speeds at LAX were so slow it would be impossible to stream video, and even surfing the Web would feel like you were on a dial-up connection. The fastest median download speed at LAX was AT&T’s lethargic 2.8 Mbps, and Verizon was much worse at 0.5 Mbps.

Many modern airports offer free Wi-Fi as an alternative to cellular connections, “but there are three strikes against it,” says Annette Hamilton, a RootMetrics spokeswoman. Airport Wi-Fi systems tend to be slow, especially during busy periods, and even worse, they are not secure, so using them for business or for personal financial transactions without also using a VPN is not a great idea. Airport Wi-Fi can also be fairly expensive, Hamilton says.

Why do certain airports offers so much better cellular connectivity than others? Factors such as the material used in construction of the buildings, geography — connectivity in Denver is hampered by the Rocky Mountains, for example — and the distance to the nearest cell phone towers all make a difference, according to Hamilton.

A disparity in cellular network performance

Of course, wireless carriers can improve cellular network connectivity at airports. When RootMetrics conducted a similar airport survey last year, Oakland International Airport ranked a middling thirty-third. In anticipation of heavy traffic during the 2016 Super Bowl, network providers installed antennas and other equipment at their own expense to boost signals at the airport, according to Keonnis Taylor, a spokeswoman for the Oakland airport. This year, AT&T’s median download speed at that airport was an impressive 76.1 Mbps, according to RootMetrics.

You have to wonder why carriers don’t do the same thing at other busy airports. Oakland’s network performance shows that something can be done. Consumers who pay good money for wireless service shouldn’t have to settle for crummy connections when they’re at the airport.