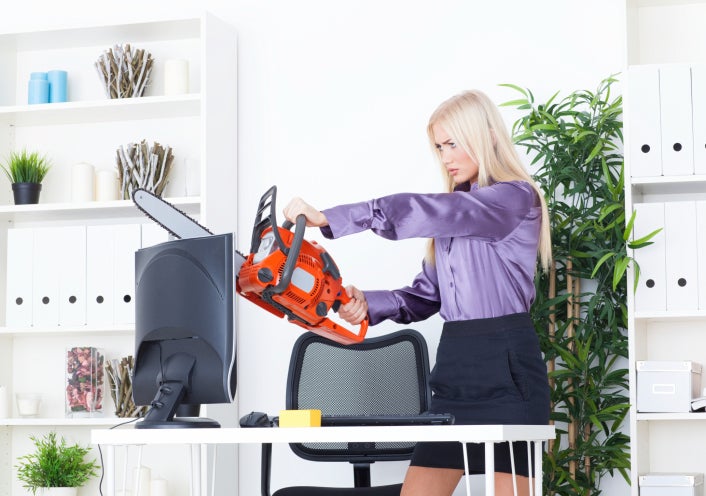 My 5-year-old son’s been watching a lot of Inspector Gadget lately, both the newer reboot and the original that I remember from my own childhood. In case you (somehow) don’t know what I’m talking about, the show revolves around the bumbling, clueless cyborg secret agent Inspector Gadget and his brilliant, logical and highly capable niece Penny.

Gadget fancies himself an ace crime-fighter and believes he’s been instrumental in cracking cases when, in truth, it’s clever Penny and her loyal canine sidekick Brain who’ve done all the legwork (and who have all the brainpower).

In a typical exchange from the show, Gadget’s tasked with solving a case, Penny makes a suggestion, and then Gadget repeats the exact thing she just said, taking credit for the idea as his own. Everyone chuckles, there’s some eye rolling, usually from the dog and the plot trudges forward.

The whole thing’s played for laughs, and (bad feminist that I am) I didn’t give it a second thought until one day, my son piped up in the middle of an episode.

“Mom! Why does Inspector Gadget keep doing that? Penny just said that. But then he says the same thing. He’s not listening. Maybe he needs to put on his listening ears.”

From the mouths of babes, I swear to God.

This is the kind of thing women deal with daily. We’re talked over, interrupted, we’re mansplained to; our ideas are pooh-poohed in public, but many times we find that men have co-opted them as their own to great acclaim. That this experience of being silenced is depicted as a laugh line in a children’s cartoon shows just how insidious these behaviors are.

And it goes all the way to the highest levels of government — a recent piece by Claire Landsbaum details how the women in the Obama administration developed a strategy of “amplification” to make sure their voices were heard.

I’m glad things have improved for women in the administration in Obama’s second term, as the article says, but it’s infuriating, and quite honestly, demoralizing that it’s just taken as a given that these kinds of behaviors will happen and that strategies should be devised to get around them. When will we as women finally reach the point where we’re seen and heard with equal validity?

In the meantime, maybe Penny should try some of those amplification techniques; go, go Gadget listening ears.