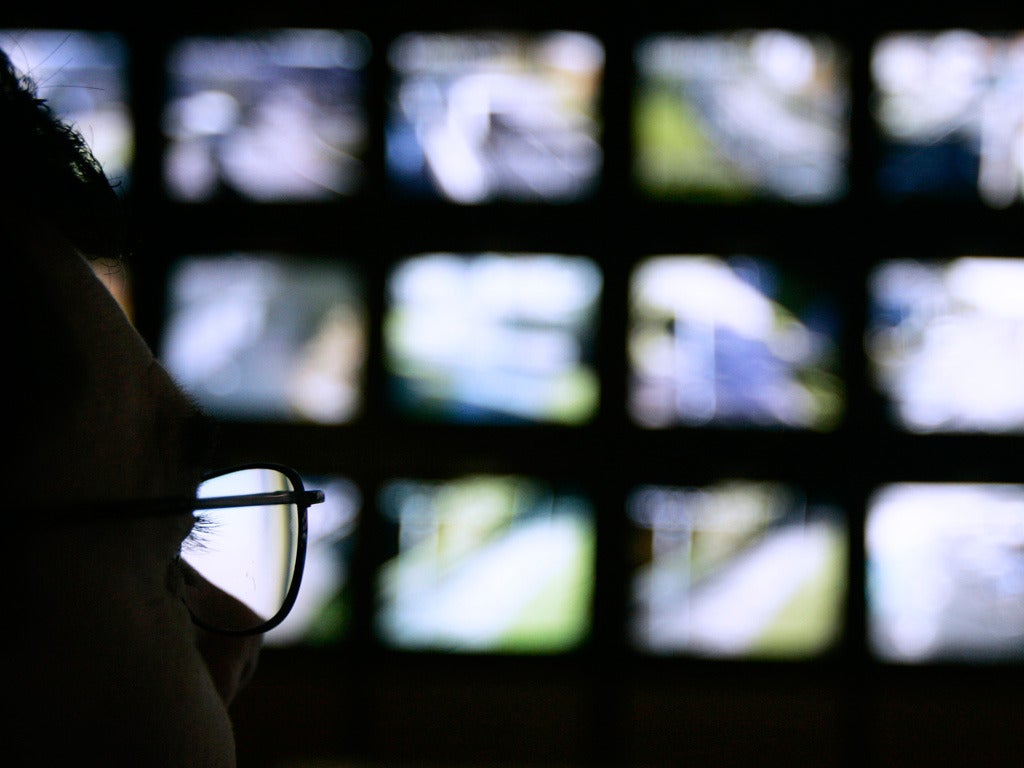 Using more than one monitor with your computer can increase productivity and efficiency, thanks to the capability to keep more app windows open and within sight. Modern PCs, with their fast processors and ample memory, are capable of running scores of apps at a time, and additional monitors help you get the most out of your machine.

A few years ago, we detailed how to set up a multi-monitor workstation and how to use multiple displays along with a laptop. Here we focus on recent developments that can help you plan and deploy a modern, multi-monitor workspace.

The state of modern monitor tech

So what’s new with monitors, and how do the changes impact multi-monitor workstations?

Today, integrated multi-monitor support on desktop PCs is practically a given, making it easier than ever to hook up two monitors. Monitors are also larger, more affordable, and they incorporate higher resolution displays. The FHD resolution (1920 x 1080) is now the baseline standard, while monitors with higher resolutions of WQHD (2560 x 1440) and UHD 4K (3840 x 2160) are becoming more common.

The traditional 15-pin VGA and DVI connector ports are mostly absent in newer monitors. Modern monitors often have multiple DisplayPort and HDMI ports, and some high-end models support picture-in-picture for multiple display windows on a single monitor. As for cables, DisplayPort 1.2, which offers support for UHD 4K at up to 60Hz, should be fine for most users, but HDMI 1.4 cables also do UHD 4K at 30Hz.

To cater to gamers who play graphically intensive games, AMD and Nvidia came up with two separate — and incompatible — dynamic refresh rate solutions, known as FreeSync and G-Sync, respectively. They both automatically change monitor refresh rates to match the frame rates being pumped out by games, which helps ensure the frames are never transmitted to physical monitors before screen redraws are complete.

Unfortunately, both solutions require compatible graphics card, monitors that supports them, and suitable DisplayPort cables. The price for all of this adds up quickly.

Do you really need multiple monitors?

As the cost of larger displays drops, you might wonder whether or not you really need multiple monitors. A large, WQHD 27-inch monitor might offer plenty of space for the average user, but ultra-wide models such as LG’s 34-inch 34UC98-W, incorporate curved panels and higher resolutions, for ample space to lay out all of your apps.

You could also use one large monitor in place of multiple smaller ones. Dell’s impressive P4317Q 43-inch 4K display that went on sale earlier this year would certainly work. And its ability to accept up to four FHD input sources makes it well suited for with multiple systems. Of course, you’d need to have a big desk to fit it comfortably.

In general, it’s not a good idea to use an LCD TV as a PC monitor, even though they have HDMI input ports. The image-processing engines in LCD TVs are heavily optimized for video, and they have larger pixel pitches that are not visible when viewed from far away. These factors could make them uncomfortable, or even unusable, when you’re working up close with one of these displays.

Planning for a multi-monitor workspace

How should you get started with a new multi-monitor rig? First, identify the number displays and the size of the monitors you want to use, as well as their display resolutions.  Cost is an important factor here, of course.

The traditional approach to using multiple monitors is to put two or three displays side by side. Some professionals, such as programmers, may choose to position one or more monitors in vertical “landscape” mode, to review more code without having to constantly scroll. You could also “stack” monitors on top of each other using “monitor arms.” (More on these arms coming soon.)

Monitors with small bezels are good for use in multi-monitor setups. Monitor makers have not yet eliminated bezels completely, though some models, such as Dell’s 27-inch U2717D monitor, come close.

Glossy displays look great, but matte screens are generally easier on the eye over long periods. Many consumer-centric displays are thin and sleek looking, but those stylish looks often come at the expense of support for the VESA mount interface, and they sometimes require external power bricks. The lack of VESA support means you can’t use external monitor arms, and clunky power bricks make tidying up multiple monitor cables more challenging.

Using multiple external monitors with a laptop or desktop

Laptops are generally more limiting when used along with multiple displays, though notebooks such as Apple’s MacBook Pro support up to two displays directly. Docking stations from companies including DisplayLink make it easy to hook up new displays via USB 3.0 ports. These software-based options aren’t well suited for gaming or intensive CAD work, but they do support UHD 4K displays.

Desktop PCs offer the most flexibility for serious multi-monitor users, and they typically have more than one display port and are easily upgraded with additional graphic cards. You can also buy specialized expansion cards, such as the Matrox C420 video card, which supports up to four 2560 x 1600 displays with a single card.

About those monitor arms, which hook up to the VESA mount interface on compatible monitors. These monitor arms typically clamp to the edge of desks, to free up space that would normally be taken up by monitor stands. They’re particularly useful on smaller desks. The arms also let you position monitors more precisely, or push them out of the way when they’re not needed.

You’ll want to measure the lengths of the various cables you want for your setup and get them ahead of time. DisplayPort 1.2 links up to three displays and then connects them to a PC, but it’s often easier to run multiple DisplayPort cables directly to individual monitors. Cable ties or wraps can help you manage the cables chaos.

Many new monitors have USB hubs, which are useful for plugging in flash drives, or dongles for wireless keyboards and other peripherals. The USB 3.0 standard only supports copper cable lengths of up to five meters, so a USB optical cable, with its starting length of 10 meters, could be helpful.

You will not likely regret an investment in an additional monitor, especially if you work a lot at a fixed desk. However, it is certainly possible to overdo it with a multi-monitor rig and end up spending a lot of money with little ROI. The key is to experiment a bit to find the environment that lets you work most effectively.