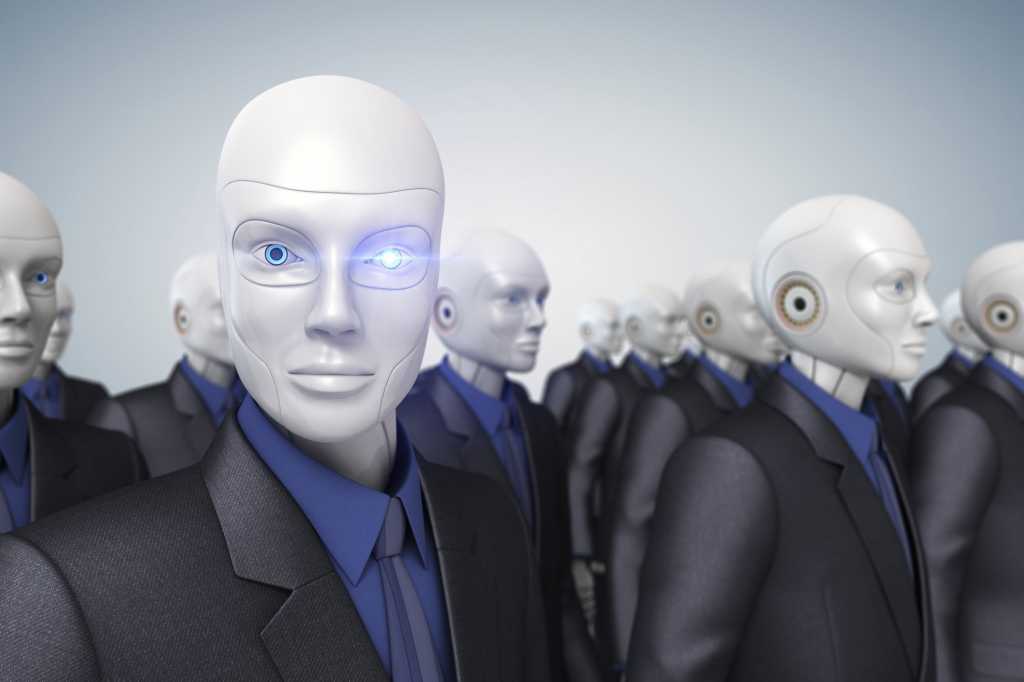 My old friend Brian David Johnson, one of the leading futurists in the world, just published a frightening paper on Sentient Tools for Frost & Sullivan. This paper has similar themes to a recent massive GAO report suggesting that the rapid rise of sentient tools is going to have a profound impact on the job market.

This impact indicates that many folks across a wide spectrum of jobs are not only going to be displaced, but that they may be unemployable. In addition, we may be looking at the near total elimination of many, if not most, of the entry jobs that kids first get when coming out of school.

While the wave is still some years away, and not decades, suggesting preparation, both at a government and commercial level, is overdue if we are to be adequately prepared for this change.

What are sentient tools?

Autonomous cars are the most visible example of this class of tool. This family of coming products is defined by having situational awareness, intelligence and advanced machine/human communications capability.

Situational awareness means that the tool can perceive the world around it and understand what it sees. Intelligence, in this context, means that it can take this perception, learn from it and from its own experiences, and make decisions based on both its perceptions and its cumulative experience (and/or the experiences of other systems). Social awareness means it actually learns from the humans that interact with it and other like systems. And finally communications capability means, in this context, that rather than people having to learn how to deal with it, it learns how to deal with them using a multitude of modes including, but not limited to, voice, gestures, touch and fascial expressions.

Initially these tools aren’t specifically designed to replace humans, but to supplement them. However, they will quickly evolve to replace people who perform similar functions. For instance, paralegals, research associates, clerks, junior accountants, analysts, relief drivers, warehouse workers, delivery people and a cross section of the remaining human assembly work (this is not an exhaustive list).

As noted, these tools ae based on AI and are specifically tied to massive advancements in data mining as it relates to diagnosis, pattern recognition, regression testing, automated classification and clustering, and process optimization. These are coupled with technological advancements in computer vision, deep learning, natural language processing, neural networks and the ever more prevalent network of devices and sensors we now refer to as internet of things (IoT).

The end result is, and will be, a broad set of tools that can outperform humans in a variety of jobs. The overall impact of which has also been discussed in the books The Second Machine Age: Work, Progress, and Prosperity in a Time of Brilliant Technologies, and the somewhat older The Lights in the Tunnel: Automaton, Accelerating Technology and the Economy of the Future.

The paper breaks down the impact into four periods: Less than 2 years, 2-5 years, 5-10 years and more than 10 years. Be aware the farther out the period the higher the risk that the timeline will be disrupted by an unanticipated event like a major breakthrough, unplanned government action, or unanticipated obstacle.

5 – 10 years: Massive industry consolidation around intelligent services. Cities become data hubs. Intelligent machines can fully converse with humans. Human levels of performance achieved across a broad variety of systems. Systems fully adapt to the unique needs of the humans that interact with them.

Preparing for the impact of automation

The paper recommends that organizations prioritize their preparedness by looking at each employee and assess the impact of automation on the related job. I’d also suggest ranking the jobs by exposure and letting the employee know once a plan to retrain them has been developed, so this retraining is timely.

Develop broad training and education programs to make sure the firm has the people it needs by the time it is ready to implement Sentient Tools broadly. Assess the changes against current business plans organizations and explore business models, changes in support structure, and organizations in line with these advancements. Update the strategic IT plan to assure IT is ready and anticipate necessary partnerships and ecosystem development opportunities connected to the change.

The paper and, particularly the GAO report, goes into far more detail calling out specific leading vendors and changes in broad skill categories that will occur. But overall we are talking about a massive change across the developed world which will likely leave, within a 10-year planning horizon, a huge number of people unemployed and a substantial number of companies non-viable unless a lot of planning and preparation is started.

Like every past change, I expect the majority of managers won’t see this coming until it is too late, I strongly suggest you not be one of that group this time.   I also would suggest you may not want to live where huge numbers of the likely folks to be displaced currently live.   I expect they will not be happy with this change at all and you not only don’t want to be part of that group, you don’t want to be in the epicenter when they get really angry. Just read up on the 1974 Borax Strike, but expand that to a national event. Trust me, you don’t want to be unprepared for what is coming so this outcome doesn’t hit your company or family.