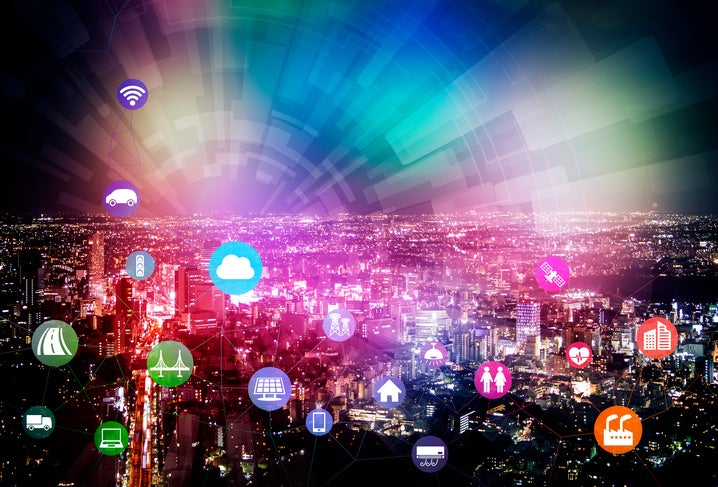 For roughly 75 years, the utility industry in the U.S. has been set in its ways: big, centralized power plants and high-voltage transmission lines that send power to substations which then distribute that power to homes and businesses. But the times are changing. And that means CIOs at utilities are feeling the pressure to bring about digital transformation that can deliver greater efficiencies and enable the integration of new, innovative technologies.

Those big power plants and high-voltage transmission lines are still part of the equation, but so are community solar power, wind farms, microgrids, battery storage and more. Connecting these technologies to the existing grid — handling settlements in an enclosed market, linking up transactions between energy producers and buyers (perhaps via blockchain technology) — requires a serious IT overhaul.

“The utility industry is undergoing a transformation,” says Ken Lee, senior vice president and CIO of the New York State Power Authority (NYPA), the largest state public power organization in the U.S., which operates 16 generating facilities (including two plants powered by Niagara Falls) and more than 1,400 circuit-miles of transmission lines.

“From a New York State perspective, we’ve got what I would call very progressive leadership from the governor on down in terms of really getting in front of distributed energy sources: microgrids, neighborhood solar, that sort of thing.”

[ Related: How the Internet of Things is revolutionizing retail ]

That leadership takes the form of Governor Andrew M. Cuomo’s comprehensive energy strategy for New York, Reforming the Energy Vision (REV), which, in the wake of Superstorm Sandy, seeks to rebuild, strengthen and modernize New York’s energy system while making climate change mitigation a priority. Its 2030 goals are the following:

NYPA, which operates hydropower plants and low-emitting natural gas plants, is typically responsible for 15 to 20 percent of the state’s daily electricity output. To fulfill the governor’s vision, NYPA is taking the lead on many of the grid and transmission modernization and reliability efforts across the state. The Industrial Internet of Things (IIoT) is at the center of those efforts — the process starts with the merger of the physical and the digital, connecting energy-producing machines (like gas and hydro turbines) to analytics software via sensors.

The software, running in NYPA’s central Smart Operations Center in White Plains, NY, then provides operations leaders with predictive alerts that accurately forecast possible failures up to weeks before they occur.

“They’re really trying to drive a transformation of their business and digitize it across both their generation assets and their distribution,” says Brent Maxwell, general manager, Software, Power Services, North America, GE Power. “It’s going from monitoring their assets to predicting failures. It’s a big step up in analytical capabilities.”

By employing the software enterprise-wide, NYPA hopes to define what the utility of the 21st century looks like.

NYPA’s Lee says the plan is to begin operations in the Smart Operations Center in December. The first steps will include asset management of NYPA’s gas turbines, which Lee says should be up and running in December. The hydro-powered generating facilities will take longer, as they utilize older, legacy technology, but Lee hopes to connect them in 2017. Leveraging predictive analytics for cybersecurity is also part of the plan for 2017.

“I landed here about four months ago,” says Lee, formerly the chief architect at Pacific Gas & Electric and chief IT architect at Xcel Energy. “One of the reasons I was brought in was to help with the transformation of moving the utility from an ‘as is’ state to a ‘future utility.'”

To aid Lee in that effort, NYPA juggled its reporting structure. While his predecessor reported to a member of NYPA’s executive management committee (EMC), Lee reports directly to NYPA President and CEO Gil C. Quiniones and has a seat on the EMC.

“It allows me to make significant changes very quickly,” he says. “The trust, the alignment on the vision around where we need to go as a company, is just extraordinary amongst our leadership team. I am also able to very quickly get approval for additional headcount and resources.”

For instance, Lee says, he’s set up a new IoT analytics team focused on big data and predictive analytics — not just for operations, but also for cybersecurity and IT operations as well.

“We’re turning it from a reporting function to focusing on how it can reduce cost or provide opportunity to increase revenue,” he says.

When fully up and running, NYEM will be connected to 20,000 public buildings throughout the state. Most will be connected bi-directionally, meaning NYPA will be able to send controls to building management systems to actively drive energy savings by lowering heating or cooling requirements during periods of low use (like weekends, evenings, breaks in school schedules, etc.). In the future, it could be tied to building occupancy to match the requirements to the heat load associated with the number of people in a building.

Once the buildings are fully online, NYPA estimates NYEM will save taxpayers more than $100 million annually. Eventually, NYPA hopes to offer the services to its business and industrial customers.

“It will take time for the majority of buildings to be connected bi-directionally,” Lee notes. “We will start with a significant number, but it will take time to connect a large percentage since many of the buildings have legacy systems which don’t have building management systems to connect to. This is a capability which we’re actively working to mature.”

“This is also an example of why we have prioritized improving our cyber security capabilities,” he adds. “With increased business capabilities through realization of our strategic initiatives, we bring new risks into our environment. As part of my cyber security organization, we are increasing our capabilities to identify, protect, detect, respond and recover from new risks and threats.”

There are other opportunities as well. Right now, NYPA bids into the market to sell its energy. Once it has made commitments to sell that energy, it’s penalized if it doesn’t live up to the agreements. As a result, due to the possibility of outages, it has to leave some percentage of the energy it generates unsold as a contingency.

“If we can better predict and have finer tolerances for that safety margin, that turns into real revenue for energy we can sell,” Lee says.

“The digital transformation of electric power has the potential to create more than a trillion dollars of economic and societal value in the decade,” Ganesh Bell, chief digital officer, GE Power, said in a statement Thursday. “NYPA is truly a pioneer, moving first to unleash the value that comes from connecting, monitoring analyzing and ultimately optimizing the performance of its entire electricity value network.”