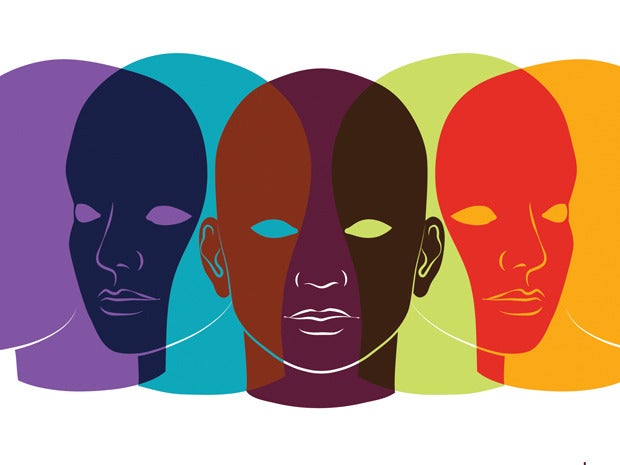 A few weeks ago, a colleague sent me a link to this article from the Wall Street Journal, in which John Greathouse opined that women in tech should appear ‘neutral’ (read: male) in their online presence to avoid discrimination.

Rightfully, Twitter went bananas, he was deluged with Tweets and (I assume) emails, and a number of women blogged about the issue, telling him exactly how and why he was wrong. He then issued an apology.

He’s certainly wrong, but I’ll give him a tiny bit of slack for his cluelessness: The conventional wisdom has long dictated that candidates — especially those from underrepresented minority groups such as women, blacks, Latinos — should avoid anything that could trigger an unconscious (or, unfortunately, even overt) bias against them in the hiring process. Greathouse isn’t alone in his thinking, even though that thinking does absolutely nothing to actually address the problem of bias and discrimination in hiring.

The recent Jobvite Recruiter Nation survey seems to bolster this — 41 percent of the 1,600 recruiting and HR professionals surveyed in July 2016 say seeing a picture of a candidate influences their first impression, though that survey didn’t delve into whether or not the influence was positive or negative.

What’s a job seeker to do? Even if you don’t send a picture, recruiters and hiring managers are pros at finding you on social media, which could work in your favor, or to your detriment, depending on what they find. Obviously, you should get rid of those keg-stand pictures and the digital evidence of that time you and your friends toured every marijuana dispensary in Denver, but you should also celebrate and broadcast what’s unique about you.

A lot of companies are using “blind hiring” to try and remove bias from the process. I recently wrote a piece about this very topic. I hope I was able to convey that it’only one tool in what should be an arsenal of anti-bias, anti-discriminatory hiring practices. And they don’t help you much if you’re in a technology-adjacent field, or in digital marketing or media, for example.

This is why Ryan Williams, president, and Porter Braswell, CEO, of Jopwell decided to launch a national “headshot tour,” to offer free, professional headshots to underrepresented minority students in some of the largest cities in the U.S.: New York; Boston; Philadelphia; Washington, D.C.; Atlanta and Los Angeles. The tour offered a way for students to polish their professional profile while celebrating themselves and empowering them to highlight what makes them unique.

I can’t say it much better than Williams, Jopwell’s president and co-founder, did when I talked to him about this issue last week.

“This is the reality of our country. These are the demographics of our workforce. We need to stop hiding who we are and celebrate it. Be proud and vocal about who you are, what your background is, and actively search out companies for whom those qualities are an asset. The companies that don’t see that as something worthwhile, well, would you really want to work there?” Williams told me.