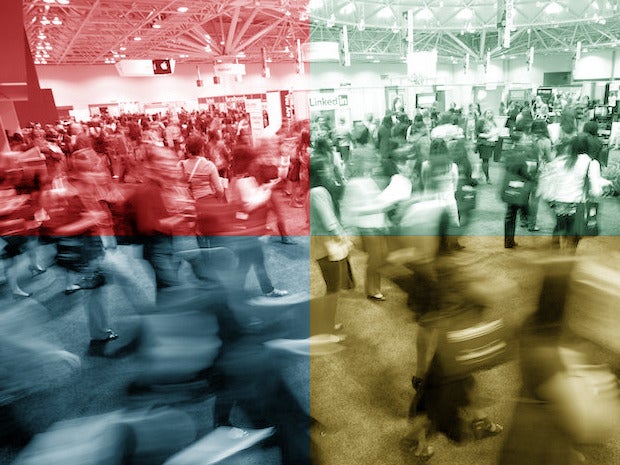 It’s October: Leaves and temperatures are falling, but the excitement’s rising as thousands of women technologists prepare for the Grace Hopper Celebration of Women in Technology.

For the second year in a row, the annual conference will be held at the George R. Brown Convention Center in Houston and will run from October 19 through the 21. Anita Borg Institute’s GHC conference was co-founded by Anita Borg and Telle Whitney in 1994, and was inspired by the legacy of computer scientist and U.S. Navy Rear Admiral Grace Murray Hopper. As the world’s largest technical conference for women in computing, GHC is designed to bring the research and career interests of women in computing to the forefront.

Since then, the conference has grown dramatically. The 2014 GHC conference hosted approximately 8,000 women, while in 2015 approximately 12,000 people attended. This year, attendance is approximately 15,000, says Elizabeth Ames, senior vice president, marketing, alliances and programs, Anita Borg Institute (ABI), and registrations were sold out within days.

The conference results in collaborative proposals, networking and mentoring for attendees, who come from academia, government and the IT industry. Conference presenters are leaders in their respective fields, and the conference also offers professional development through a variety of interactive sessions, workshops, panels and other activities. A Career Fair will also be held to help attendees further their career pursuits.

[ Related story: Job seekers: celebrate who you are ]

In response to 2015 attendees’ concerns over the diversity of speakers on the main stage as well as in sessions, this year’s conference will focus on the diversity of the GHC community. This year, 30 percent of keynote and plenary speakers are women of color, meeting targets set by ABI.

There are other changes, as well, Ames says. This year’s opening keynote, Women and the Future of Tech, will be held in the Toyota Center Arena to accommodate the huge number of expected attendees, she says. The keynote will feature Anna Patterson, vice president of engineering, artificial intelligence, Google; Latanya Sweeney, professor of government and technology in residence, Harvard University, editor-in-chief, Technology Science, and founder of the Data Privacy Lab; Ginni Rometty, CEO and president, IBM; and Alyssia Jovellanos, a computer science student and undergraduate teaching assistant, McMaster University, Ontario, Canada; all women tech leaders on the cutting-edge of critical and emerging areas of technology (privacy and cybersecurity, artificial intelligence, cognitive computing) and leading major technology companies who are committed to increasing opportunities for women and underrepresented minorities and the vision of current CS student Jovellanos.

[ Related story: How older workers can thrive in IT ]

“Our Top Companies awards are typically announced in the spring, but we adjusted slightly so that it would coincide with GHC. This year, we saw about 60 companies participate from across many different industries: tech, banking, finance, insurance, media, retail – overall, it represented 1.3 million employees total and over 540,000 technical employees, making it a good cross-section of the U.S.’s technical workforce,” Ames says.

In addition, Ames says, the Top Companies Leadership Index piloted two new forms of measurement outside of strictly quantitative data: employee experience and sentiment and policies and processes, Ames says. These pilot measurements were optional for companies, but are necessary to assess what’s working and what isn’t when it comes to improving representation of women in tech.

A panel discussion, Insights from the Top Companies Leadership Index on October 19 will gather executive women technologists from four of these companies to discuss what processes and policies are most effective – and which aren’t – when looking to attract, retain and advance women in tech. [Editor’s note: This session is moderated by CIO senior writer Sharon Florentine.]

“Typically, we’d just look at the number of women at the entry, middle, senior and executive levels at these companies and compare those to their previous two years of data, and use a D-score to create a mean among the companies. But these new dimensions are looking at what it’s truly like to work at these companies as a female technologist, and try and gauge employee experiences and sentiments. The section about policies and programs aims to discover if companies are offering benefits like, parental leave, flex time, mentoring, employee groups, education – to find out what’s really making a difference,” Ames says.

“We think this year is going to be the best yet at GHC. We’re so excited and thrilled with the opportunity to bring together so many brilliant, incredible women technologists, and to reinforce the wonderful sense of community we have with GHC,” Ames says.