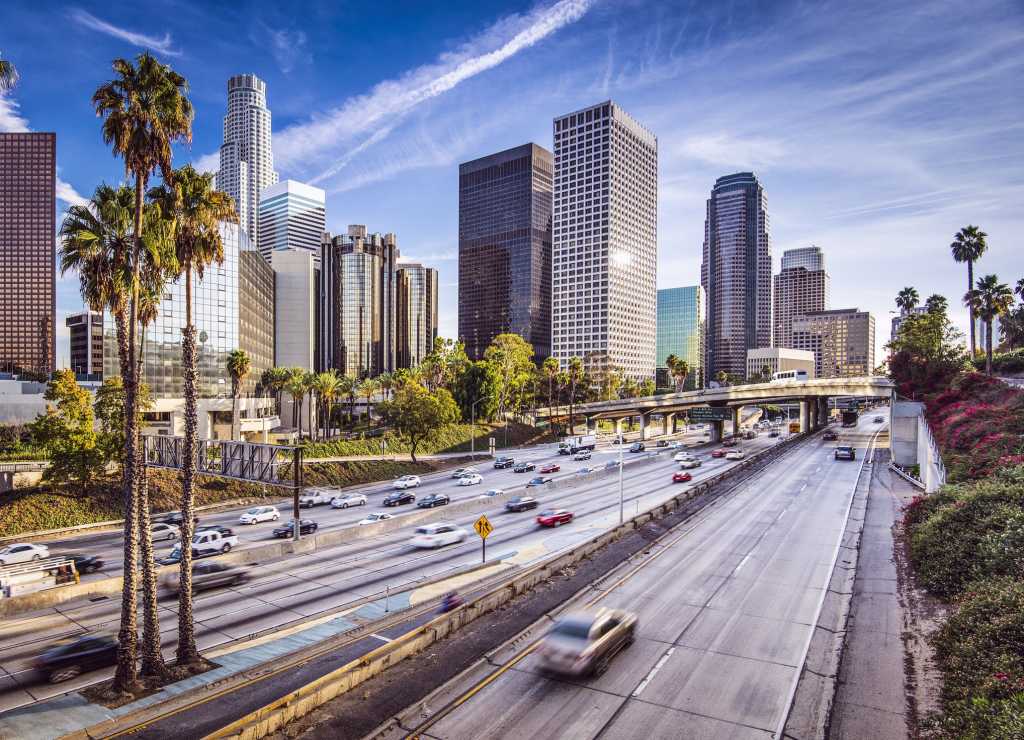 LOS ANGELES — Ted Ross is one of the busiest CIOs in the country.

Serving a city that spans 469 square miles and houses at least 4 million people and 100,000 businesses carries serious challenges and responsibilities. As CIO of Los Angeles, Ross’s IT shop supports 41 city departments, with a combined 40,000 employees, but he turns his attention to the areas that can benefit most from effective government technology.

“Ultimately we’re in the business of helping people,” Ross said last week during a speech at a tech conference at the University of Southern California. “Government is a target-rich environment. There’s so many good, valuable things that can be improved. There’s never a lack of priorities.”

Today, Ross’s top projects include the ongoing digitization of city services and the expanded availability of government data. MyLA311, the city’s portal for service requests, currently generates 1.5 million requests per year, for tasks ranging from graffiti removal to trash can replacement. At least 20 percent of those requests come from mobile devices, and that’s up 10 percent from one year ago, according to Ross. The ratio of mobile requests to total requests that Los Angeles receives for city services is one of the highest in the United States, he says.

“Every business has service delivery,” Ross tells CIO.com. “Government has a comprehensive amount of service delivery to provide,” and “digital transformation is the key in the 21st century on how to deliver those services. Our 4 million ‘Angelenos’ are interacting with their government through digital means more often than not, so it’s important for us to digitize services we provide, to have good user experience and be relevant.”

However, empowering residents and businesses to engage with government in more meaningful ways doesn’t start and end with technology, according to Ross. The average person probably doesn’t know exactly what their government does or the types of services that are available to them, so marketing those tools can be just as important as developing them, he says.

“At its core, technology is about delivering value, it’s about delivering outcomes,” Ross says. And spending large amounts of money on projects that deliver little value is difficult to justify in government. The Los Angeles IT Agency is as much a consultancy as it is a builder and supporter of technology, he says. Government IT should not be viewed as supplemental to existing services or platforms, according to Ross.

“There are so many areas of government in which we’re touching everything that’s in the headlines today,” he says. “Our ability to understand real trends for the essence of what they are and not just check off boxes is so important.” Too many government agencies hear vendor buzzwords, such as “cloud” or “big data,” and blindly sign contracts to appease their elected officials, according to Ross.

Agile IT, collaboration in the City of Angels

Government agencies do citizens a disservice when they allow vendors to take years to deliver products, because those technologies will be old by the time they’re available, Ross says. “In addition, you miss out on the opportunities that agile provides. Our ability to implement something quickly, even if it’s minimalist, allows us to gain essential feedback, and then we can build on it.”

The same logic applies to some of the collaboration tools that Los Angeles IT staff uses today, according to Ross. “I think it’s important in this era to be able to influence good technology, knowing that you can’t control technology,” he says. “When a government becomes overly controlling in how it delivers technology, it’s often creating multiple bottlenecks and it’s constraining its delivery.” However, Ross says, he will never relinquish control over some aspects of technology, including cybersecurity, network management and his datacenters.

Providing flexibility is a sure way to foster innovation, Ross says. Los Angeles was the first large city in the United States to migrate to Google’s G Suite for Government in 2009, for example, but the city could do a lot more to further its goal of digitization in government, according to Ross. “We’re still not leveraging the [Google] tools nearly to the capability of what we can do.”

Collaboration, for example, requires that people have the freedom to choose how they interact with coworkers, according to Ross, and the best course of action is sometimes to simply get out of the way. “By facilitating and empowering the workforce in general they will build and deliver all sorts of great things without always having to go to the IT shop.” Such an approach also lets Los Angeles IT staffers focus on building the tools and services that require their technical expertise, according to Ross.

He says some of his team member also use the popular Slack collaboration tool, and he’s excited by the prospects of other similar products such as Workplace, Facebook’s recently launched social network for business collaboration. “CIOs have often thought of collaboration as a white whale, something which we’ve seen so much promise, we’ve seen so much opportunity, but it’s become very difficult for us to crack that nut,” he says. “I’m very excited Facebook is stepping in the enterprise and wants to make a run at this. The vast majority of users out there are very familiar with Facebook, and are using it on a personal level, so the idea of adoption when you bring it into the enterprise level, it’s already multiple steps ahead.”