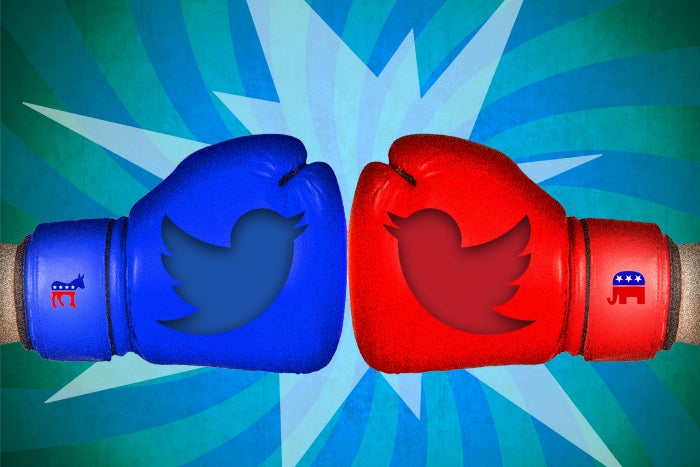 Donald Trump may not be ahead on the 2016 presidential campaign trail, but he appears to be winning the Twitterbot war. Three times as many tweets that favored the Republican nominee hit Twitter the night of the first debate than pro-Hillary-Clinton content, but roughly a third of the messages boosting Trump were apparently sent by bots, according to Oxford University’s Internet Institute.

Those “Trumpbots” were not only more numerous, they were apparently more efficient, using hashtags consistently and producing a higher volume of content throughout, the Oxford study found. Team Clinton also used bots, but only about 20 percent of the pro-Clinton tweets were generated automatically.

Twitterbots are automated programs that post content to Twitter after being programmed by humans. They can be controversial in politics, because they often imply candidates’ support or opposition is stronger than the reality. “Political algorithms have become a powerful means of political communication for ‘astroturfing’ movements — defined as managing the perception of grassroots support,” Oxford’s researchers said.

[Related: How social media is shaping the 2016 presidential election]

The use of bots to influence policy isn’t strictly an American phenomenon. An earlier study by the group found that “bots generated a noticeable portion of all the traffic about the U.K. referendum, very little of it original.”

The recent study of the U.S. presidential election examined more than 9 million tweets from 2 million users during the four days after the first Trump-and-Clinton debate on Sept. 26, 2016. The researchers assumed most of the accounts that posted relevant hashtags at least 50 times per day during that period were bots. If that is accurate, only half of a single percent of all those accounts posted nearly 20 percent of the total content included in the study.

Of course, many human fingers did a good deal of tweeting those days, as well. “The significant rise of Twitter traffic around debate time is mostly from real users who generate original tweets using the more neutral hashtags,” the researchers said.

The results of the study generally validate the notion that political discussion in the virtual world, as in the real world, is sharply polarized. “The fact that so much of the Twitter content about the debates used exclusive clusters of hashtags from each camp is evidence of how polarized and bounded the different communities of social media users are,” the study reads.

Bence Kollanyi of Corvinus University, Philip Howard of Oxford University, and Samuel Woolley of the University of Washington conducted the research. I asked both presidential campaigns for comments on the Oxford report but didn’t receive responses. I’ll update this post accordingly when, or if, I do.