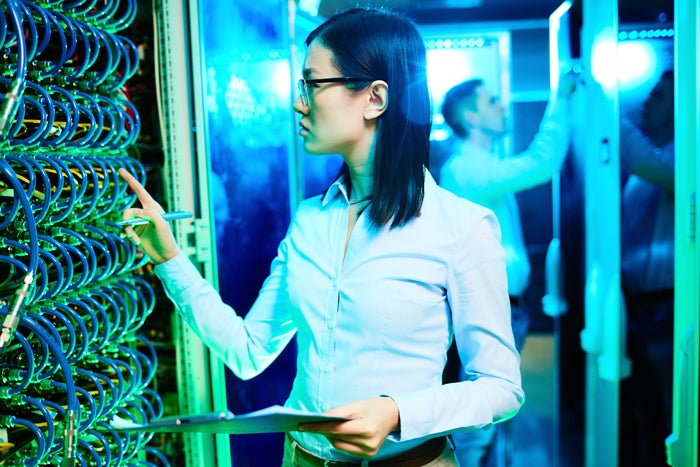 When Jennifer Betka joined StubHub 12 months ago, she knew the company was about to evolve and scale overnight. As if that wasn’t daunting enough, the company’s customer demographics skewed mostly male, and purchasing data showed most customers were sports fans. Betka’s job was to grow and scale the company globally and diversify the customer base.

“We’d already been having conversations around diversity and inclusion from a hiring-and-retention view, but it’s equally important for us to look externally and understand that your audience is incredibly varied when it comes to gender, race, ethnicity, orientation — and yet, we wanted to bring them all together through the shared experience of live events,” Betka says in a presentation at the 2016 Grace Hopper Celebration of Women in Technology, held October 19 to 21 in Houston, Texas.

Diversity, inside and out

Most companies, especially tech companies, are acutely aware of the diversity issues they face; many are acknowledging and trying to address unconscious bias and adopting strategies to get more women and underrepresented minorities into their workforce, Betka says. But for StubHub, their journey went beyond the internal challenges to simultaneously tackle the issues of appealing to a more diverse and inclusive customer base.

“I wasn’t brought in to alienate sports fans, but to build on what we had and expand our reach to people who were fans of ballet, female singers like Adele and Taylor Swift, people who love opera and live theater. This was a course correction — and it happened at the same time we were going to become a global business, almost overnight,” Betkas says. In May 2016, StubHub’s parent company eBay acquired global ticket marketplace Ticketbis. In July 2016, eBay acquired ticket software company Ticket Utils, which helps ticket sellers manage and distribute their inventories.

Everything from the company’s logos, brand colors, even the typography had to change, Betka says, to reflect the company’s expanded reach and commitment to diversity, worldwide, and “allow every customer to see themselves and their interests and passions reflected in the company. It’s not just the end product that matters, it’s the entire journey and the experience. We think of it as ‘the game before the game,’ and that has to be welcoming and of value to customers,” Betka says.

And the journey has certainly paid off. Betka says new data shows that StubHub is seeing an uplift in its female customer base and, for the first time, women’s spend has exceeded that of men. StubHub also is seeing a decrease in age of first-time buyers, as well as growth among new buyers who don’t have children — which means they have more free time and, ostensibly, more disposable income to attend live events, she adds.

[ Related story: Diversity in the spotlight at Grace Hopper conference 2016 ]

But measurement and metrics aside, Betka says the ultimate destination on this journey will be reached when customers feel that the brand represents their interests and trusts the brand to deliver those experiences.

“We’re thinking about data, metrics and algorithms, but diversity and inclusion internally and externally is more than that. We’re thinking about what the customer is thinking about, which is how to represent the values and the interests and experiences they have. We want our brand to act as a stage on which they can see themselves, and where they feel safe doing so,” she says.