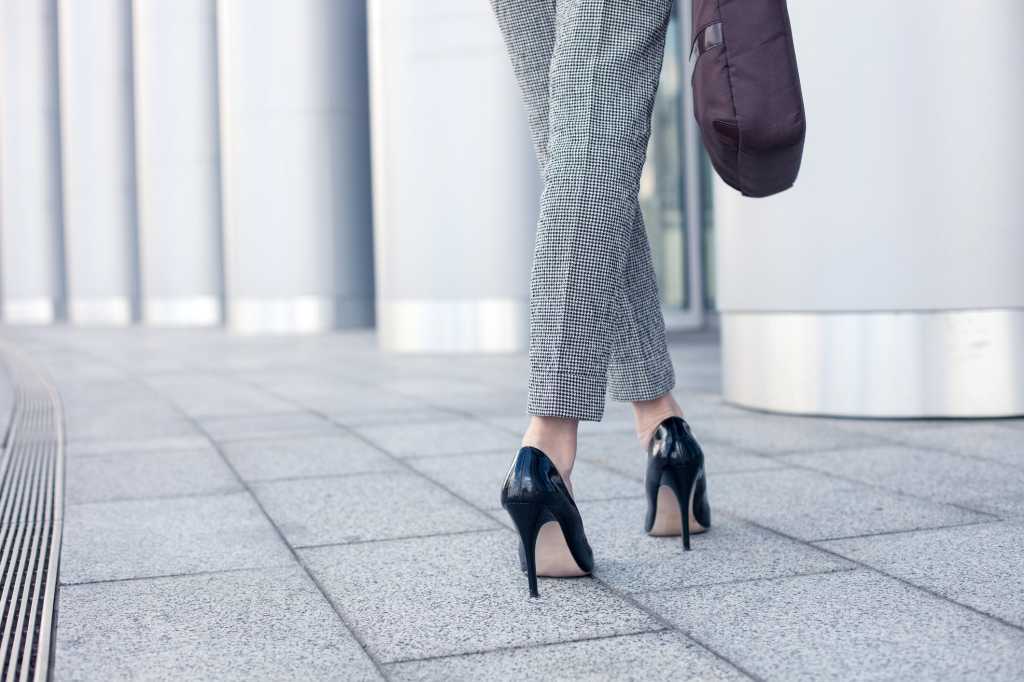 [ Related: StubHub works to grow diversity inside and out ]

Even as little as a decade ago, women were told to be tough and have a thick skin to succeed in the male dominated tech world. I remember early in my career I wore neutral toned suits with boxed shoulders – with embedded shoulder pads. That trend had already existed for a few decades even before I started out, it was primarily designed so that the women could look more like men and fit in.

Fortunately, this is changing. It’s slow but steady. No longer are the days when every Fortune 500 CEO is an Ivy League white male. No longer is every hacker on TV an overweight guy living in his basement. There has been a real effort made to raise awareness around the lack of women in technology.

Today you can be who you are because of the awareness that exists about the lack of diversity in tech. However even today, women software developers still earn about 20 percent less than what men with the same jobs earn; less than 5 percent of venture-backed tech startups are founded by women. And less than 5% of the Fortune 500 Company CEOs are women. Women hold less than 27 percent of all Computer Science jobs. None of this is because women are not as smart or as capable or don’t have the interest.

Yet, I still think that this is one of the best times to be a woman in technology. The winds are changing. People are finally starting to come to terms with their unconscious biases and realizing it isn’t simply that women are not choosing tech. That people have been unintentionally working against the rise of women in tech for a very long time. Women are finally getting the credit they deserve in high tech.

We’re lucky to be in a time when women in tech are thriving and getting noticed. It’s now no secret; women-led technology companies are more capital-efficient, achieving 35 percent higher return on investment. Teams that have diverse workforces solve bigger problems better. Diversity enhances creativity. People, namely stakeholders and investors, are starting to notice too. They can clearly see that it pays to have a woman at all levels in their organizations, especially in management. A recent study in HBR evaluating men and women in the workplace found that:

“ At every level, more women were rated by their peers, their bosses, their direct reports, and their other associates as better overall leaders than their male counterparts — and the higher the level, the wider that gap grows. Specifically, at all levels, women are rated higher in fully 12 of the 16 competencies that go into outstanding leadership. And two of the traits where women outscored men to the highest degree — taking initiative and driving for results — have long been thought of as particularly male strengths.”

It’s clear, it’s going to take time but I honestly believe tech can lead the charge to even out the gender ratio. Studies show, it’s not intentional. There is no malice in the exclusion of women, that it’s simply an unconscious bias. There is an opportunity to make change and you don’t have to be a CEO to do it. Start small; encourage a young woman in your life to join the amazing technology space. Help fill the pipeline with amazing girls that are going to do great things. Fortunately there are women in tech organizations popping up everywhere.

Women tech leaders across the world get to be role models.  We, all women leaders in tech, now have the power to set an example for middle-school girls, high school girls and for women who are just starting out in their technical career path, all by just excelling at our job.

And, the fact that I am different is more noticeable because there are so few of my kind, as a woman, in the tech industry is an advantage that I can use to be the role model, to raise awareness. Usually I walk into a technology leadership meeting and I am the only woman in the room. It’s a bit lonely, a bit intimidating to speak up, a bit atypical and a lot of times it feels like you are a fraud and you don’t really deserve a seat at the table. You have to try extra hard to be heard. But then that’s the whole opportunity I have as a woman technology executive, to represent not only myself but also represent “the female techie” and show how useful having an equal balance in any team drives more innovation.

Since there is such a small percent of women in technology, especially more so in the leadership space and as research shows that until the percentages for an underrepresented gets to be around 25 percent, these members will feel very uncomfortable. Everyday I get the opportunity to try and nudge that 25 percent a bit higher. Over time, I have gotten over being interrupted or being intimidated  – I know I bring a unique perspective, I look at things from a different perspective than my peers and the teams I work with have learnt to recognize the value of diversity. It also makes me push myself to be a stronger professional, to be a stronger technology leader, because I have to do my homework diligently, I have to go deeper into the technologies I work with, to be more accurate with my domain knowledge, to be able to inspire people with things they have not thought about in my space.

This is the best time to be a woman in technology. This is the time to show that wearing a pretty dress and high heels does not make anyone any less of a geek or any less competent in a technology career.

Beena Ammanath is an award-winning technology executive leader whose work has shaped the usage of data and analytics at several companies. She is a seasoned leader with over 24 years proven track record of building and leading high performance teams from the ground-up scaling 0 to 150+ geographically distributed global teams with a sharp focus on strategy and successful execution of industrial scale products and services.

Beena is currently the VP of Data & Analytics at GE, where she is responsible for shaping GE’s Industrial Internet platform, Predix into a top-notch data science platform. She also works with leading industrial companies to guide them through building and executing on strategies to take their business through a digital transformation. Using advanced technology engineering and data science techniques, to achieve productivity gains and business growth through innovation based on insights generated through their own data.

Previously, Beena has worked at recognized international organizations British Telecom, E*trade, Thomson Reuters, Bank of America and also, Silicon Valley startups, in engineering and management positions. She is also helping build the next generation of computer scientists through her role on the Industry Advisory Board for Cal Poly University.

Beena has been a featured speaker on the topics of data science, big data, technology transformation and women in leadership, at numerous industry conferences. She is dedicated to supporting diversity in technology. She is on the Board of Directors for the non-profit organization, ChickTech.

The opinions expressed in this blog are those of Beena Ammanath and do not necessarily represent those of IDG Communications, Inc., its parent, subsidiary or affiliated companies.