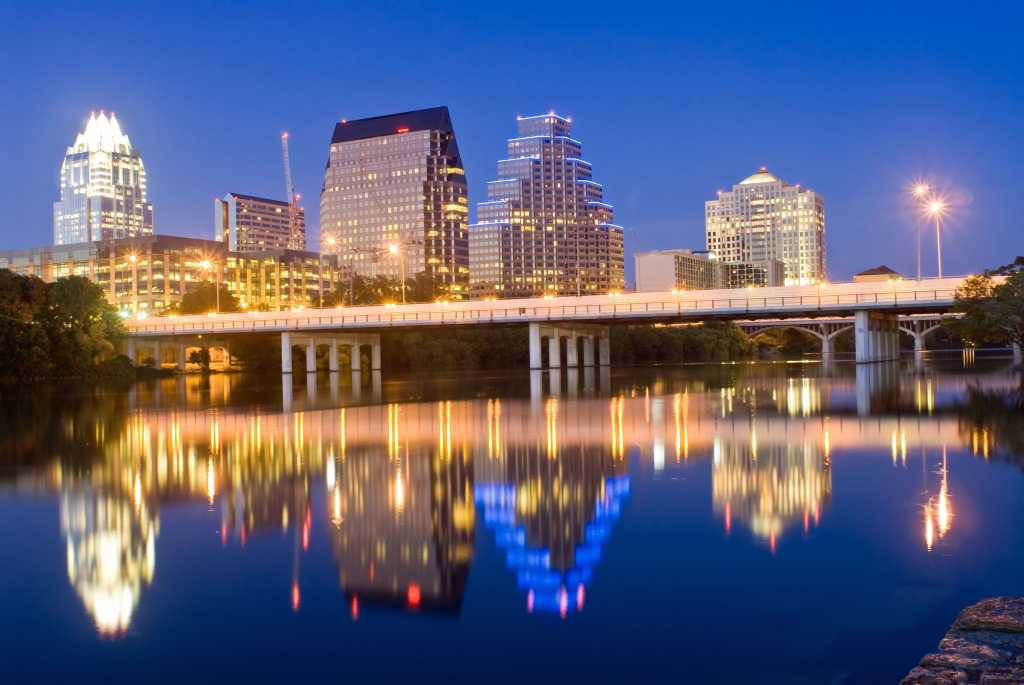 Last week, about a year after the merger of Dell and EMC into a company now called Dell Technologies  (I graciously permitted them to use a branding element from my company, Endpoint Technologies), the combined entity held a conference called Dell EMC World. Where there had been two conferences — Dell World and EMC World — a single planet remained.

The combination drew several thousand more people to Austin, Dell’s traditional home, than Dell World alone had supported, and the city’s infrastructure groaned under the effort. I can report that there were probably 1,000 people in the overflow room where I sat through several keynotes. It probably didn’t help that Formula One was coming into town right on the heels of the conference, with 100,000 people notably fitter than the average tech conference attendee taking up the hotel space as soon as we left. I don’t quite get the fitness thing. Sitting in a car isn’t any more exercise than sitting at a computer. Maybe youth has something to do with it.

As always, Michael Dell was passionate and articulate about where the new company is headed. And you could be forgiven if your head starts to explode when you try to figure out what all the combined properties are and who they serve. The Dell Technologies empire — at a $72 billion annual revenue run rate (give or take a couple billion) — has multiple divisions larger than most other tech companies. This group includes Dell, EMC, Pivotal, VMware, SecureWorks, RSA, Virtustream and Boomi.

So, while Dell Technologies refers to the whole brand family, Dell will still be used to describe the Client Solutions Group and corporate functions, Dell EMC will serve to label the Infrastructure Solutions Group and Services, VMware (a partially-owned subsidiary) will handle virtualization products, SecureWorks will provide security services, Pivotal will continue to develop enterprise software, Virtustream will provide cloud-management software, and RSA will house networking and computer security technology. Boomi will continue to offer software integration as a service to enterprises. Virtustream and RSA both sit under the Infrastructure Solutions Group as wholly-owned subsidiaries, and Boomi is wholly owned by Dell. You can breathe now.

Dell started out as a PC company, but it has come a long way, baby! Jeff Clarke, vice chairman and many other titles, still stood on the stage and championed the Client Solutions Group, but the former EMC product line took up most of the schedule. “Better together” — a strange echo of the phrase former rival CEO Carly Fiorina made famous as a justification for Hewlett-Packard’s purchase of Compaq — was heard drifting in the air on several occasions. In his presentation, Tom Sweet, the CFO, said the company gets 47% of its revenue from the client business, with only 43% coming from infrastructure.

But there’s no doubt about how the company is positioning itself for the future. In his segment, Michael Dell noted “[Dell Technologies is] now the largest enterprise systems company in the world,” with both “enterprise” and “systems” having equal significance. The enterprise part covers all the infrastructure elements as well as a lot of hardware (like storage and servers), and the systems part covers all that hardware plus anything else solid sold to non-enterprise segments.

In a note sent around to (I presume) more people than just me, Michael Dell offered statistics and charts from surveys that show continued relevance for the PC, that much-maligned hardware category on which his fortune was built. Probably the most interesting of the lot was a study done by Deloitte and touted in CMO Today at the Wall Street Journal, claiming that “Mobile-Minded Millennials Still Rely on PCs.” (You can find a fuller accounting of the Deloitte study here.)

Nonetheless, a clear majority of the sessions and news releases covered infrastructure topics more in the wheelhouse of traditional EMC than of traditional Dell. For example, releases covered introductions in: software-defined security for the data center, endpoint security made up mostly of products from EMC (with a bit of Dell in there), scale-out network-attached storage, elastic-cloud storage, big-data analytics, on-premise and hybrid cloud solutions, converged infrastructure, cloud-native application development and storage arrays as well as channel and payment programs.

Despite the seeming emphasis on EMC, analysts were invited to two intensely locked-down rooms to witness client products both near to release (within the next six months) and on the farther horizon (in the next 18 months to two years). Of course, I can’t give any details, but the first room showed steady progress across all existing lines (Latitude, XPS, Alienware) with products slated for introduction around the holidays and January’s Consumer Electronics Show (CES). The “whisper suite” had some great material for the longer haul, demonstrating the company’s continued commitment to the endpoint side of the house.

My favorite moment was Malcolm Gladwell’s keynote. It’s not for no reason that this guy has authored five best-sellers. He started by acknowledging that he wasn’t fool enough to spout on about technology to a roomful of technologists and then went on to explain his thesis of what makes a successful entrepreneur — without slides, without notes. And I can recount the key points here without even referring to my notes. That’s how clear a speaker he is. So, it comes down to this. To be successful, an entrepreneur must have three qualities: creativity, conscientiousness and disagreeability.

The first is obvious. To create something new of value, the entrepreneur has to be able to imagine things that aren’t there. The second is pretty clear, too. All those people sitting in cafes with laptops are creative, he said, but not conscientious. And, he pointed out, he wants his accountant to be conscientious without the slightest trace of creativity (and, with all those best-sellers, I suspect he needs a particularly conscientious accountant). But the disagreeability part requires a bit of a stretch for the average person because people generally like to be liked. He said this part is critical because it involves swimming upstream against the opinions of just about everybody else, knowing you’re right and will be proven so in time. His example was the fantastic success of Emil J Freireich’s introduction of a new protocol to defeat childhood leukemia. His colleagues at the National Institutes of Health were horrified when he proposed to give children not one but four toxic drugs at the same time. Some people compared him to Josef Mengele, Hitler’s sadistic medical chief, who performed experiments on prisoners that often killed them in horrible ways. But Freireich persisted and was eventually vindicated. In our own industry, Steve Jobs comes to mind as the sort of creative, persistent visionary who was also known to be highly disagreeable at times.

Gladwell was just the most spectacular of the various non-tech speakers at the conference. In recent years, Michael Dell has indicated a broadening of his outlook, even as he steers his company to ever greater heights. Topics including the social organization of humanity, management of the environment, and education are now a regular part of his intellectual diet.

A year later, the integration of the two companies appears to be going well, and being privately owned seems to suit just about everybody I spoke with in the combined organization. With an adjusted set of rivals — companies like Cisco, HPE, IBM and Oracle — Dell Technologies is likely to evolve into a steadily more formidable competitor over the next few years.