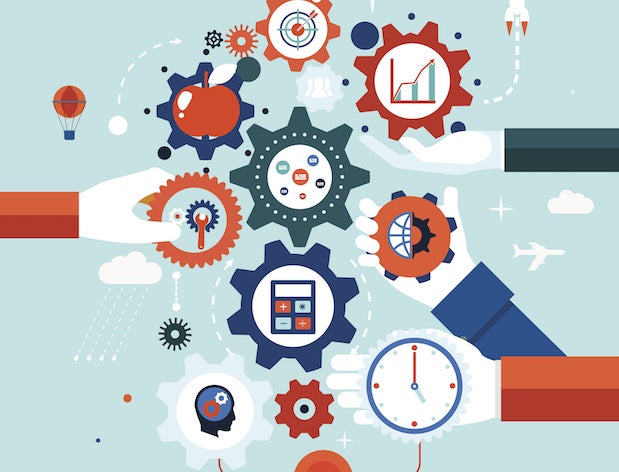 In his 1964 opinion about why the film The Lovers was not obscene, Supreme Court Justice Potter Stewart offered a memorable statement on his own legal threshold for obscenity: “I know it when I see it.”

That mindset — “I know it when I see it” — has been embraced by CIOs when it comes to innovation. In the CIO Executive Council’s 2016 IT Innovation Survey, 56 percent of the IT leaders polled said they believe that the definition of innovation changes according to the situation and application. And 24 percent said that there is no specific definition for innovation at all, and that it can only be observed through its impact and delivered value.

With innovation at a premium in every IT shop, these nuanced responses bring up larger questions: How do you pursue a target that’s constantly moving? How do you strive for innovation if it’s undefinable?

According to two CIOs, the secret to capturing lightning in a bottle is making sure you have the right bottle. By creating an environment where collaboration is paramount and failure is acceptable, IT leaders are more likely to become more innovative, however they define innovation.

The drive toward disruption at LPL Financial

“I think that financial services is ripe for disruption,” says Victor Fetter, CIO at LPL Financial, citing the industry’s sustained level of investment in financial technology, cognitive computing and blockchain technology. “The benefit of the role of the CIO is that you have access to the strategic plans of the company and you, probably more than anyone, are abreast of what’s happening in the marketplace and where the future of technology is going.”

Fetter says he believes innovation is driven by careful examination of tools, processes and business models — an approach that allows for unique plans of attack for business challenges. Innovation, he maintains, is a discipline, reliant upon a culture of continuous learning.

Fetter says LPL has benefited enormously from relentlessly pursuing new ideas. “We spent some time in Silicon Valley understanding what’s happening in the venture capital scene, the startup scene — trying to understand where the puck is going so that we can make sure that we are leveraging some of the great thinking in the external marketplace,” he says.

“It’s not necessarily the textbook definition of agile,” Fetter says. “It’s this notion that says, ‘Look, we’re not going to get it all right the first time,’ that we want to have an iterative process from which we can learn, apply, and incorporate great ideas.”

In an effort to foster innovation, LPL stages an event that it calls the Innovation Symposium, where authors and consultants discuss digital disruption and transformation. The company also leans on its vendor network as a kind of innovation ecosystem. “We’re sending some of our leading solution engineers on a little retreat with a number of partners for an innovation weekend, trying to figure out how we can better integrate our solutions and provide more value to our clients,” Fetter says.

In addition to working with vendors, “what really creates results that propel the business forward is ideation with clients,” Fetter says. An example of this was the company’s wealth management platform, ClientWorks, whose flexibility and extensibility was driven by a two-tiered alpha-beta rollout process marked by candid conversations and direct feedback with hundreds of clients.

“Who wants to work for an organization or leader that isn’t committed to innovation?” asks Peter Weis, vice president and CIO at global transportation and logistics company Matson Navigation.

But despite the importance he places on innovation, Weis acknowledges that innovation is hard to sustain. When companies have to operate as well as innovate, he says, incremental thinking becomes the norm and innovation dies down. Sustainable innovation, he says, is an “unnatural act,” but it’s possible with a combination of “stability and passion that creates the ability to do new things for the long run that deliver value to the company.”

“You’ve got to stake your credibility on your belief in innovation as a leader and feel reassured that it’s the right thing to do,” says Weis. “You may or may not succeed — but you have little to lose.”

Matson assembled an innovation team made up of top performers who took part in partnership meetings where each of the business units brought in their thought leaders. “That has led to a number of really great ideas,” he says. “In fact, we now use software — ideation software or idea management software — within IT services to track all of our innovation projects. And there have been a number that have taken root.”

One of those ideas was a single dashboard that offered customers visibility into the performance of Matson’s vessels. “We’ve built out mobile supply chain analytics dashboards,” Weis says. “We think it’s the first of its kind for external, customer-facing software, where customers can track the movement of their product from origin to final delivery, all on a mobile device, using the supply chain KPIs that matter most to them.”

Weis adds that Matson has a dedicated budget for innovation ideas that is “pristine, protected and guarded.”

“The last thing you want to do is come up with a great idea that you can’t fund,” he says. The focus on creating an environment that promotes innovation has led to breakthroughs that Weis credits to IT.

“You can’t hand [innovation] off to somebody else and hope it gets done like some incremental project,” he says. “You need to do it, own it. And it’s really fun work.”