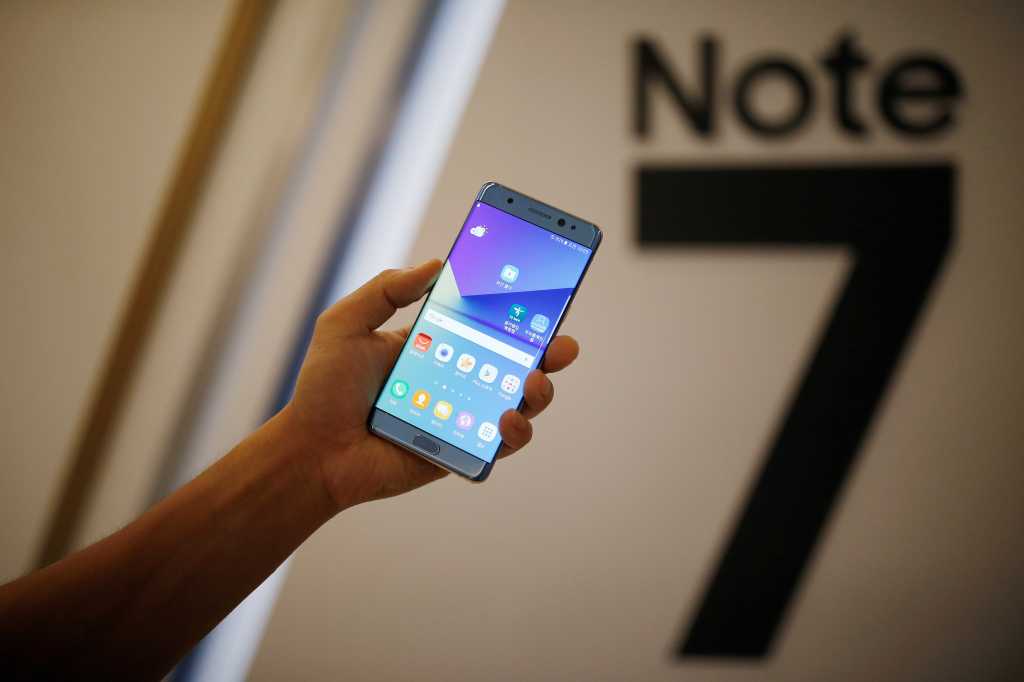 Earlier this week, news broke that Samsung would offer South Korean customers who purchased a Note7 an exchange option that includes the ability to swap their Notes for a choice of another Samsung device, at a discount. That’s nothing new; similar options are available in United States and other countries.

What’s different about the South Korean offer is the fact that in addition to being able to swap phones for a Galaxy S7 or GS7 edge, Note7 owners in that country can reportedly also opt for a discounted “Note 8” smartphone, when it becomes available, according to Reuters.com.

“In a statement on Monday, Samsung said customers who trade in their Note 7 phone for either a flat-screen or curved-screen version of the Galaxy S7 can trade up for a Galaxy S8 or Note 8 smartphone launching next year through an upgrade program.”

A good amount of speculation has made its way around the web following the many turning points on Samsung’s ill-fated Note7 timeline regarding the possibility of the company killing off it popular “phablet” brand, or at least rebranding the Note. Samsung’s statement to Reuters appears to fly in the face of those rumors, but a company spokesperson gave me some less convincing information:

“As for the reports on the exchange program in Korea, that offering refers to the availability of S8 in that market and is regionally specific. Samsung has not officially communicated any information about a new Note lineup, so any reports referring to a new Note device are purely speculation and are not in reference to any communications from Samsung on a future Note.”

Samsung should release a Note 8 … but will it?

Despite Samsung’s non-committal response, other industry insiders and technology leaders believe Samsung will indeed release a new Note phone. “I don’t see them dropping the Note brand,” says Patrick Moorhead, president and principal analyst with Moor Insights & Strategy. “I think come January or March — January at CES or March at Mobile World Congress — they’ll come out with a Note 8. It will look different, it may be a different color, they might put a different industrial type of coating on it. But it will be their high-end phone that not only goes after high-end consumers but enterprise as well.”

Samsung is no newcomer to the world of mobile devices, and it’s made countless successful smartphones. “Samsung’s made a lot of phones, for quite some time, years and years,” says Tuong Nguyen, a principle research analyst with Gartner. “This seems like a bit of a blip on the radar.

Samsung would do itself an injustice if it killed off the Note family, the line that literally created the whole modern phablet craze. Both Samsung’s overarching image and its Note brand are taking a very real hit due to the recall, but the Note7 was the sixth iteration of a very successful and innovative mobile device. Shuttering or rebranding the Note product line could reverse much of the ground Samsung has gained in consumer hearts and minds. For years, the narrative in the mobile world was, “Samsung copies the iPhone!” The Note flipped that story around, and with the iPhone 6 Plus, Apple started copying Samsung.

Samsung needs to atone for the bungled release of the Note7 and its subsequent mishandling of the whole situation. But killing the Note line would eliminate the best way to make people forget the Note7: Blow them away with a best-in-class Note 8 that, of course, does not spontaneously combust.