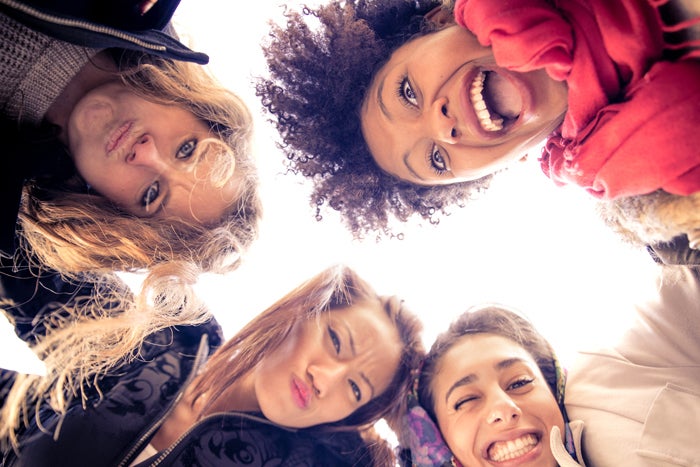 Discussion abounds around building an IT talent pipeline of young women, starting as early as elementary school, continuing through high school and into college, to address the dearth of women in the field. But mid-career women looking for a career change are also part of a pipeline — and nontraditional education, through boot camps and continuing education programs, are helping them make the change.

At a panel discussion at the Grace Hopper Celebration of Women in Computing, held October 19-21 in Houston, four women shared how their experiences with Girl Develop It, a nonprofit firm dedicated to providing affordable opportunities for women to learn software and web skills. It also offers boot camps that help them transition to, and stay engaged with, careers in technology.

Even though her father was a triple major in college, including a major in computer science, Simone Battiste-Alleyne never considered technology as a career option for herself. An undergraduate degree in communications led to a job in advertising, but after taking a course in graphic design, she realized “this life is not for me.”

[ Related story: The gender gap is getting worse, but it’s fixable ]

Battiste-Alleyne moved to North Carolina to begin graduate studies, but that wasn’t the right path, either, she says, and took a job as an IT recruiter while she figured out what to do next.

Getting involved with Girl Develop It helped her learn the basics of programming and cemented her desire to pursue tech as a career, but Battiste-Alleyne wanted to make sure she could successfully land a job with her new skills.

“So, I made a ‘fake’ résumé, with all my skills and experience on it, but with a made-up name and information. I just wanted to see what someone like me could do with this — if I could even get my foot in the door. I knew, with my recruiting experience, that I’d be competing against candidates who had an actual CS degree,” Battiste-Alleyne says.

Her experiment was a resounding success; and after completing a Girl Develop It boot camp, she temporarily relocated to Dallas and taught boot camp classes for two months to really reinforce what she’d learned.

Now a software engineer with Tax Management Associates, she has some advice to share with other women aspiring to technology careers drawn from both her recruiting background and her on-the-job experiences.

“When I was a recruiter, we would tell clients posting jobs that they needed to winnow down their requirements list to the absolute most important components, and be willing to train on things that weren’t critical. For candidates, especially women, I would say don’t ever let anyone tell you you’re not good enough. Everything you go through is a growth exercise, so don’t relegate yourself to just what you think you’re qualified for; the most important thing is knowing when to admit what you don’t know, and being willing to learn,” she says.

[ Related story: Diversity in the spotlight at Grace Hopper conference ]

Hannah Lehman’s degree is in architecture, but after being laid off four times during her first year out of college, she went into the fine dining industry; helping to open, run and grow restaurants. Even then, she says, she still felt bored and unfulfilled in her professional life.

An email she received while home sick from Tech Talent South, a coding and Web development bootcamp program, offered her the chance to learn new skills and make a career change. It spurred her into action.

“I was so, so, incredibly sick that day, but something just pushed me to go interview for this program. I hauled myself off the couch, got dressed, put makeup on my deathly sick face; I had no tech experience whatsoever, but I really wanted this,” Lehman says.

She got in and completed the boot camp, and then went to work in New York City for online learning and training company General Assembly, which offers students immersive training in design, technology, marketing and data. Recently, though, Lehman says she’s become much more “homesick for the South,” and has just returned to North Carolina to teach coding immersion camps.

Her advice to other women? Find and leverage mentoring relationships whenever possible to keep yourself energized and engaged, as it’s easy to get discouraged and burned out. But don’t forget to be your own biggest champion and advocate for your own needs, she says.

“When I entered tech, I realized it took me so long to get here because I had to find something that got me excited and kept me interested. If I start to feel down, or burned out, or bored, I have to go to a meetup, or do a hangout, call some friends or colleagues for inspiration. And don’t be afraid to push back if something doesn’t feel right — as one of the only women at my company, I’ve had so many requests to volunteer, be on panels and be the public face of ‘diversity.’ Well, look, my male colleagues don’t get pressured to do all that, and I shouldn’t have to do it all myself,” she says.

Joey Capolongo had to borrow a laptop from a colleague at work to attend her first boot camp, but she’s never wavered from her choice to change careers. After years working as a customer service rep for mortgage broker Lending Tree, she says she finally reached her breaking point.

“Once I hit age 40, I said, ‘I’m done.’ I got wind of a Rails Girls workshop in Charlotte, North Carolina, borrowed the laptop and the rest is history,” Capolongo laughs. She completed three apps at the workshop and considered herself officially “bitten” by the coding bug.

“I discovered Girl Develop It and starting picking up skills: JavaScript, CSS, HTML, while I was figuring out what I was going to do. From there I did a full-time immersive boot camp with TechTalent South while I was working full-time,” Capolongo says.

Then, one day, a colleague asked Capolongo what she’d been up to, and the conversation segued into tech. It was that conversation, along with support from the friends she made in boot camp courses, that led her to get into QA. While she’s overjoyed with her choice, she believes her background as a customer service representative is invaluable, she notes.

“In QA, we’re supposed to make sure that the software works correctly and that it does what it should for customers. And I’ll have engineers push back on me for things that they don’t think need to be fixed, and I want to tell them, ‘You go man the customer service phones for an hour and actually talk to the customers — that’s who you’re working for, that’s why we have to make sure this is done right,'” Capolongo says.

Paula Paul has been in technology and engineering most of her life. She was born in western Pennsylvania, and attended Penn State University, where she tutored electrical engineering majors in addition to her own coursework. One day, Paul says, she happened to be walking past a few of her tutees coming out of a conference room, and asked what they were doing.

“It turns out that these guys I’d been tutoring were interviewing with IBM for potential internships. Well, I marched right in there and sat down with the IBM interviewer and said, ‘Look, I’m the one who’s tutoring them in engineering. You need to be talking to me!'” she says. Needless to say, Paul landed that internship.

From there, Paul and her husband moved to Boston, where she joined Microsoft consulting and transitioned from writing assembly code for mainframes to PC coding. From there, she went to Charlotte, North Carolina, to work for “a corporate IT shop, which is where I really hit a wall. It turns out that corporate folks in Charlotte don’t like a direct woman who’ll come in and tell them when and how they’re wrong,” Paul says.

While it was tempting to leave the tech industry altogether, Paul says, she channeled her energy into helping other women navigate their own careers and transitions to tech.

“I was honestly about to lose it. You know the term ‘flipping the table?’ Yeah. I was about to flip the table. And then, I went and joined a boot camp. And I volunteer with Code.org. I want to help other women manage these situations and their own transitions, because I’ve had plenty of them, and I hope they can be learning experiences,” Paul says.

Her advice to other women is not to be afraid of labels or judgments, and to avoid letting others push you around. “Sometimes, if you’re not paying attention, you can get pushed into the role of project managers, or of ‘work wives’ who are responsible just for making sure the good ‘ol boys look good for the boss. And if you don’t, then you’re labeled a ‘pushy bitch.’ Who cares? So what? Pushy bitches get things done. I love to write code, and I’m not going to let anyone tell me what I can or can’t be,” Paul says.