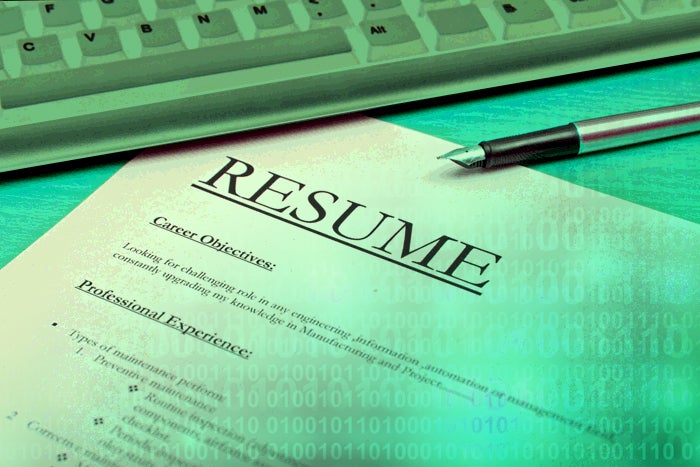 Not everyone has a typical career trajectory where titles, skills and promotions all line up into a neat, concise story. That was the case with Keith Evans. He held varying CIO roles with the same company and had skills that set him apart from other CIOs, which caused some confusion and resulted in a dense resume. Laura Smith-Proulx, career and resume expert, knew that the goal with re-writing Evan’s resume was to organize the existing information to build a clear picture of his extensive skills and experience as a CIO.

Evans knew he had the right information on his resume, and Smith-Proulx agreed with that, but he was having trouble laying out that information in a way that engaged the reader. It can be difficult for anyone to write a resume that builds an attention-grabbing story around skills and job titles, while balancing it with a professional tone. Smith-Proulx was up for the challenge.

[ Want to be a part of the resume makeover? Submit your resume to CIO.com ]

Getting past two pages

There’s a common misconception that resumes should never be more than one or two pages in order to keep a hiring manager’s attention. But that’s not always the case, says Smith-Proulx, especially as you advance further into your career. She found that Evans resume was not only two pages long, but that he had used a smaller font to keep it from spilling over onto a third page.

“While many candidates believe their resumes must fit into two pages, it can often be a benefit to expand the document for readability and ease of navigation,” says Smith-Proulx. Instead of keeping the blocks of tiny text that existed on the original resume, Smith-Proulx expanded it to a full three pages, creating a more visually interesting experience to guide the reader through Evan’s skills and experience.

The longer you spend in your career, the more your resume will naturally grow, and it can be hard to clarify the progression of your promotions and skills. Evans was successful in his role as CIO at his last company, but he had held multiple roles with a CIO title, making it confusing for an outsider to understand.

When talking to Evans, Smith-Proulx dug into his background in IT leadership to help craft his career story to support his “wide set of skills that exceeded those of the typical CIO,” she says. “I focused on asking questions that brought out his broad capabilities, particularly in corporate strategy, finance, cost savings and team productivity.”

Since Evan’s goal was to obtain another CIO role, Smith-Proulx decided to consolidate his CIO roles and corporate strategy leadership positions together so that his strong career history became center stage. She also highlighted aspects of his career that she knew would stand out to anyone looking to hire a CIO, since he had accomplished things most people in his field have not.

“I showcased some of his achievements that had a direct impact to the bottom line, including his ability to generate revenue — [which is] unusual for a CIO — in product development, backed by a joint venture he’d arranged for a new mobile app,” she says.

Evans says that while he knew he had the right information on his resume, he was surprised at how Smith-Proulx was able to dig into his career history and use that information to create a more engaging story.

“I believe most of the content was already present in my existing resume, but Laura organized the material in a better format for telling my story and holding the attention of readers,” he says.

Evans was concerned about one important aspect of the application process; he wanted to know how his resume would fair with applicant tracking systems (ATS). These tracking systems are used to automate the process to help recruiters and hiring managers sort through resumes faster by searching for specific keywords. And, while you can’t know exactly what keywords they’re looking for, you can certainly make your resume ATS-friendly with a few adjustments.

“I explained that it often makes sense to convert the document to plain text for online job submissions, and that I typically move items in the first-page summary sections back under each (related) job in the Professional History section. These steps can help an ATS better navigate and interpret a resume with this type of formatting,” Smith-Proulx says.

She suggests that once your resume gets a follow-up, and you are certain the document will fall into the hands of an actual person, you can send over the fully formatted version. It’s smart to keep both versions of your resume at the ready so if you see a job you want to apply for online, you can submit the plain-text version without going back and converting the document.

Evans walked away with a three-page resume that highlighted his impressive background in technology and as a CIO. Smith-Proulx says she emphasized his “record of cost controls and ability to streamline every process he touched,” to show how valuable he is as a CIO.

“The idea was to convey his capabilities as a business leader, one who just happened to be adept in technology strategy and execution,” says Smith-Proulx.

Evans was ultimately happy with the final result and impressed at how Smith-Proulx took his resume and created a career identity for him. “It was eye-opening with respect to how rearranging the material and creating a more interesting resume can change how you feel about your own ‘brand’ and more confident in marketing yourself,” he says.