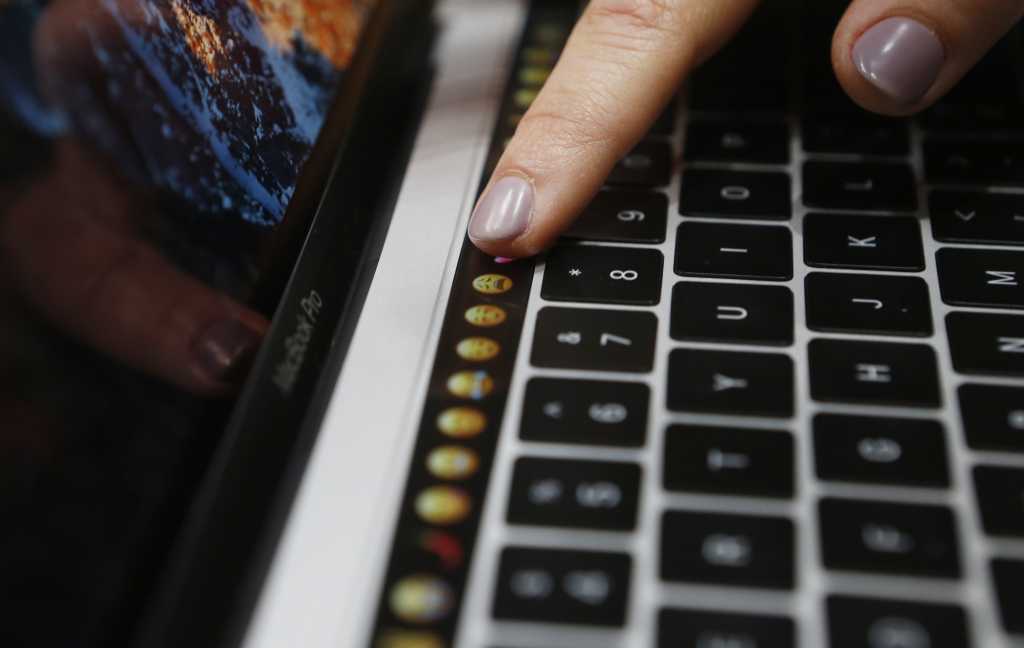 Apple’s new MacBook Pros have already generated tons of comments and news articles online. Now full reviews of the 2016 MacBook Pros have started to trickle out from major tech sites, and reviewers didn’t pull any punches when covering the pluses and minuses of Apple’s new laptops.

I’ve compiled a number of them here to help you decide whether or not you should buy a MacBook Pro. Be sure to click through to read the full reviews for many more details about the 2016 MacBook Pros.

Ars Technica: An expensive MacBook Air on the inside

Andrew Cunningham at Ars Technica has a full review of the $1499 2016 MacBook Pro, and he noted that its price could be an issue for prospective buyers.

…the new MacBook Pro is a very solid design that should serve Apple well over the next few years. Some pros will claim that it isn’t “pro” enough, but the 13-inch models have always served as more of a bridge between the consumer MacBooks and MacBook Airs on the low end and the 15-inch Pros and the desktop lineup on the high end. They’ve never been particularly “pro.”

Even so, the $1,499 version of the laptop isn’t the one I’d recommend first, not unless the presence of a physical function row is make-or-break and you value it over the other stuff that’s missing. Those two extra ports and the extra speed bump will go a long way, and both the Touch Bar and Touch ID have a lot of potential (they should also only improve over the course of the three-to-five years that you’ll be using the laptop).

This would be a great laptop if it was positioned at the $1,300 starting price of the old MacBook Pros, though the 12-inch MacBook might need to move downmarket a bit to make room for it. At its current price, the $1,499 Pro feels like a laptop with a new design that just happens to be missing a bunch of the features that make the new design worthwhile.

Thunderbolt 3 is a tremendously versatile port, and Apple will benefit from increased adoption in the wider PC industry.

Low-travel keyboard still isn’t for everyone, but it’s a marked improvement over the first-generation version in the MacBook.

Much-improved integrated GPU performance, which will help if you’re trying to drive a 4K or 5K display.

Impressive speakers for a 13-inch laptop.

Limited number of ports, limited port selection, and need for dongles will be inconvenient, especially at first.

Occasional problems with palm rejection in the new, larger trackpad.

Missing just enough features to be frustrating, most noticeably the Touch Bar, Touch ID, and the extra pair of Thunderbolt 3 ports.

Really expensive, even in the context of past MacBook Pros.

Apple has always pushed its products into the future with gusto, and sometimes that means leaving older technologies behind. Thus the new MacBook Pro rubbed a reviewer at The Verge the wrong way since it lacks an SD card slot and regular USB ports.

Vlad Savov reports for The Verge:

I don’t know if I’ll be buying this MacBook Pro, in spite of its superb design and performance, and that’s surprising to me.

There’s no doubt that this is the best computer for current MacBook Air owners to upgrade to, should they be unwilling or uninterested in giving Windows or Chrome OS a shot. I’m also confident that this 13-inch MacBook Pro is a better, more versatile, functional, and powerful laptop than the 12-inch MacBook, so I’d recommend spending the extra cash if those are your only choices. Having used Apple’s Touch Bar on the more expensive MacBook Pros, I’d say that’s an intriguing and nicely executed addition, but the price for those models is really quite silly right now.

But think carefully before you decide that you’re irrevocably locked into the Apple ecosystem. If its future is going to be characterized by such hostile decisions as the removal of the headphone jack from the iPhone or the scything off of the beloved MagSafe and SD card slot from laptops, maybe Apple isn’t your best friend anymore. Can this company continue to claim it’s looking out for its users’ best interests while discarding some of their most necessary tools?

The new MacBook Pro is as beautiful and desirable as ever, but using it is alienating to anyone living in the present. I agree with Apple’s vision of the future. I’m just not buying it today.

More at The Verge

Mashable: Hot but not uncomfortable

Lance Ulanoff at Mashable has a full review of the 13-inch MacBook Pro. His take on it was mostly positive though he did notice that his system generated a significant amount of heat.

Apple has squeezed a lot into this tiny frame and even though it re-engineered the thermal system, I did notice the system occasionally getting pretty hot on the rear part of the base (nearest the hinge). It wasn’t uncomfortable, but I could feel it.

Even with all those components squeezed in there so tight and very little air space, the new stereo speakers producers loud and crystal clear sound. A Netflix showing of DC’s Legends of Tomorrow sounded excellent. It was so loud I had to close my door so I didn’t disturb everyone else in the office.

Battery life was as good as advertised. I easily got 10 hours of mixed use.

Overall, the entry-level 13-inch MacBook is a satisfying and still sexy system with myriad improvements, but no signature innovation. It should attract budget-conscious MacBook Pro users (those who aren’t willing to switch to Windows where they can get a similarly appointed system for under $900) who think $1,799 is too much for a Core i5 MacBook Pro, even if it does feature that unusual new Touch Bar.

Laptop Mag: Where are the new Intel processors?

Mark Spoonauer at Laptop Mag lamented the fact that the new MacBook Pros don’t come with the latest Intel processors.

The 13-inch MacBook Pro runs cool in some spots and warm in others, but the fan kept things quiet during our testing. After streaming full-screen video for 15 minutes, the touchpad registered just 85 degrees, which is well below our 95-degree comfort threshold. However, both the keyboard and the bottom of the notebook reached 98 degrees. It was noticeable but not uncomfortable.

The 13-inch MacBook Pro improves upon its predecessor in nearly every way. It’s faster, lighter and more compact, and it offers a brighter display and considerably longer battery life than most Windows machines. I also like the rich and powerful stereo speakers. However, while I’m glad Apple included 2 fast Thunderbolt 3 ports, I wish it kept a traditional USB 3.0 port around for charging the iPhone and connecting other peripherals, as well as an SD card slot.

At $1,499, the MacBook Pro also has a higher starting price than most premium Windows ultraportables, and it’s $200 more than its predecessor. I’m also not a fan of the decision to opt for an older 6th-generation Intel processor, which means you simply don’t get as much performance as systems with 7th-gen CPUs, such as the Dell XPS 13, HP Spectre x360 and Yoga 910. The HP and Lenovo have the added benefit of being 2-in–1s with touchscreens you can use as tablets.

So, yes, the new MacBook Pro is an excellent laptop, and I strongly recommend it. But I also wish Apple included the latest Intel processors for the price.

PCMag: Legacy peripherals might be an issue for some users

Joel Santo Domingo at PCMag came away with a positive impression of the new MacBook Pro but noted that folks with legacy peripherals might be better served by the Dell XPS 13 Touch.

The latest 13-inch Apple MacBook Pro ($1,499) is the least expensive model in Apple’s high-end laptop line. The redesigned ultraportable resembles the 12-inch MacBook$1,549.00 at Amazon, and features a 6th Generation Intel Core i5 processor with Intel Iris graphics and a Retina display with more lifelike colors. But what’s really notable is the new chassis with a wider trackpad, two USB-C/Thunderbolt 3 ports, and a keyboard with butterfly switches similar to the MacBook’s. The $1,799 version of the 13-inch MacBook Pro and the 15-inch model come with the line’s most innovative feature, an auxiliary touch screen called the Touch Bar, but this entry-level model has traditional function keys.

Overall, the MacBook Pro is impressive, with improved screen quality and battery life over the previous model, and its use of 6th Generation Intel processors helps boost performance as well. Troubling though, is the move to USB-C/Thunderbolt 3 and the removal of on-board ports for Thunderbolt 2 and USB 2.0/3.0 (Type-A) devices. On the bright side, other PC makers are adopting USB-C and Thunderbolt 3, so many more compatible peripherals will be available soon. But should you buy one?

If you’re looking for a new laptop for multimedia work, it should be on your short list, yes. But if you have a lot of legacy peripherals, we can’t help but think that you’re probably better off with a system with more versatile connectivity, like the Dell XPS 13 Touch, our Editors’ Choice for high-end ultraportable laptops. If you don’t want to make the move to Windows, however, last year’s 13-inch MacBook Air and MacBook Pro are still available at their 2015 prices; you’ll just have to scroll a little further down on Apple’s website to find them.

The 12-inch MacBook will continue to be updated, and will eventually become the base Apple ultraportable, though at $1,299 it qualifies as a high-end ultraportable in our eyes. If you need a larger screen with discrete graphics and a faster processor, stay tuned for our review of the 15-inch MacBook Pro with the new Touch Bar in the coming weeks, once it’s available for sale.