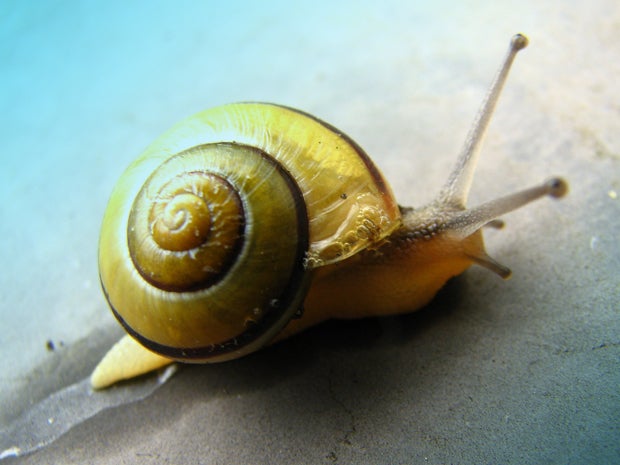 I must have touched a nerve with my last post, as I was contacted by two vendors that wanted to share their perspective on private cloud computing. Even though I don’t consider myself an analyst and therefore typically avoid “briefings,” I thought it would be interesting to see what they had to say.

Both vendors covered what I consider well-trod ground: Organizations use private clouds for reasons of security/compliance, data sovereignty, data gravity (i.e., there is lots of data on-premises and it would be very difficult to migrate it to a public cloud provider), application inflexibility, and so on.

However, one also identified another reason that organizations choose to use private clouds: cost. This vendor asserted that IT organizations can operate a cloud environment less expensively than what a public cloud provider charges for the same capability.

[ Also on CIO.com: IBM cloud chief: The next phase of cloud is a race to add value ]

This caught my attention because, in my view, economics is the critical issue governing private cloud computing. Economics dictates how organizations will address the commonly cited issues outlined above (e.g., data gravity). If a private cloud is the same cost or less than the public counterpart, it would make sense to prefer it. But at some cost point (50 percent? 100 percent? 200 percent?) it’s likely that the organization would reconsider its preference. In other words, there is some cost point that would motivate IT organizations to figure out how to mitigate security/compliance, etc. and use public cloud computing.

Unfortunately, the question of private cloud costs is a swamp of misinformation (well-typified by this analyst’s post). One such spurious assertion is that AWS is really better-suited for development than production because private clouds handle stable workloads better. Implied in the statement is that a private cloud running a stable workload is bound to be cheaper than the public alternative.

The analyst’s post cites Dropbox as an example of a company that chose to move off of a public cloud in favor of self-managed infrastructure. Dropbox runs a limited set of applications over an enormous fleet of servers, and manages them with an incredibly talented set of staff. Holding Dropbox up as an example for why mainstream enterprise IT groups should consider building their own clouds is, to my mind, dangerous. It would be like suggesting to me that I should follow the nutritional regimen of Michael Phelps. He is an elite athlete who requires 12,000 calories a day to support his incredible training regimen; I am a sedentary adult who spends most of my day exercising my fingers on a keyboard. If I ate like Michael Phelps I’d soon have enormous health issues.

I don’t want to imply that this kind of misinformation is solely the reserve of this particular analyst firm. This kind of misinformation is spouted throughout the industry; one of the vendors I spoke to dragged out the old shibboleth that AWS is mostly used by small businesses and startups, not mainstream enterprise IT organizations. Wow. In 2016.

Fortuitously, analyst firm The 451 Group published a lengthy study on private cloud costs just a few weeks ago. The study received a ton of press attention (e.g., here, here, and here) because it stated that private cloud computing could be cheaper if the user organization achieved a certain level of labor efficiency — 400 virtual machines per administrator. Because of my interest in the topic, I’ve spoken to the study’s author, Dr. Owen Rogers, a couple of times in the past, and I reached out to him to get the full report so I could understand the basis of the cost estimates.

Essentially, he used industry standard cost structures (e.g., the typical cost for an infrastructure engineer or a commonly-configured server) and asked vendors what the software infrastructure and employee costs would be to support a given cloud capability. From this he developed a per-VM cost basis and then compared that to public cloud providers and noted a cost crossover point at 400 VMs. Above that figure per administrator, private clouds are less expensive; below that figure, public clouds cost less.

24/7 cloud use a bad assumption

One thing emphasized in the report, but not mentioned at all in the press coverage, is that the private cloud cost estimates are based on the cloud running at 100 percent utilization. That is, the study assumed that all infrastructure was busy 24 hours per day, 7 days per week. Clearly, this is unrealistic. The public providers keep some capacity in reserve to address spikes in demand. In fact, their utilization management goes well beyond just having spare capacity; they use discounts and low-priced preemptible processing to carefully keep utilization at a level that maximizes revenue while avoiding capacity unavailability.

Anecdotally, most private clouds run at 20 percent to perhaps 50 percent utilization, while many are far lower. Clearly this dramatically affects the private vs. public comparison — the cost crossing point is probably more like 800 to 1000 or more VMs per administrator. How likely most enterprise IT groups are to achieve that level of labor efficiency is uncertain at best.

A different type of issue that the study highlights indirectly is the question of IT costs. The study defined a set configuration, assigned costs to the various components making up the configuration, and used that to compare against public cloud costs. In real-world settings, enterprise IT groups have very, very poor cost tracking and assignment.

In fact, the morass of IT cost tracking was highlighted by Michael Dell himself when he proclaimed the superiority of on-premises infrastructure by comparing the $5,000 cost of a physical server to the $45,000 cost of the equivalent on AWS, completely ignoring the other (expensive) resources required to operate that $5,000 server. This kind of thinking is rampant in the industry and reflects the lack (or indeed, comprehension) of using Activity Based Costing, which has been a best practice in the manufacturing sector for over 35 years.

Despite all the heat and noise raised by 451’s study, I fall back to the conclusions I reached in my previous post. Most IT organizations, despite their lack of true cost management tools, will, in the long run, intuit the economic unviability of private clouds, except in a few particular circumstances (e.g., data sovereignty).