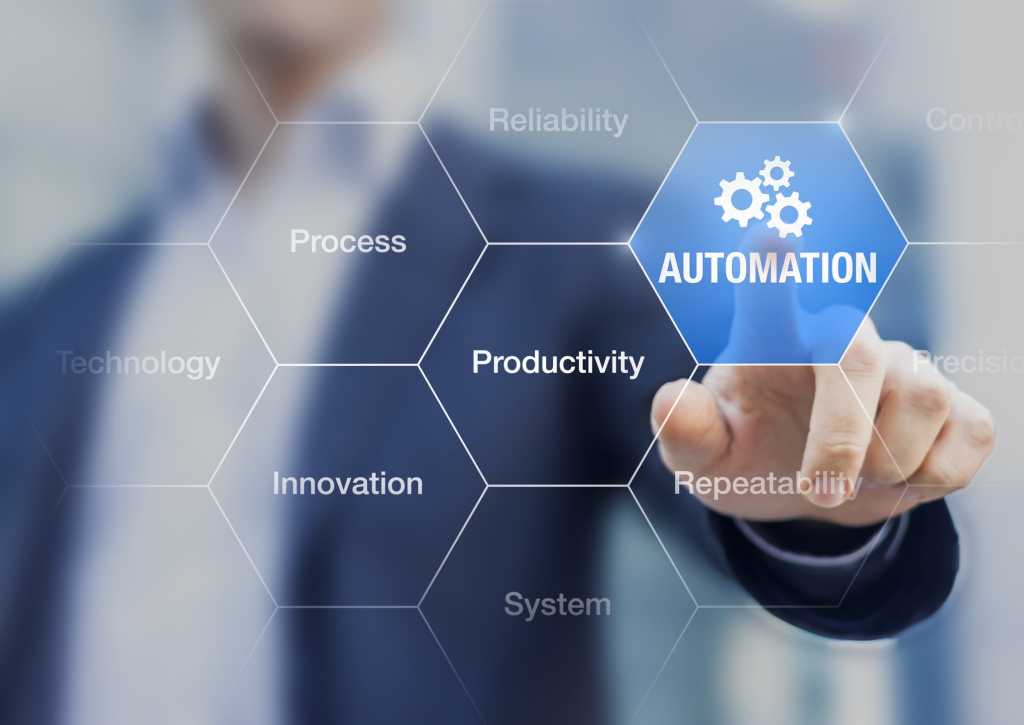 Robotic Process Automation (RPA) is an increasingly hot topic in the digital enterprise. Implementing software robots to perform routine business processes and eliminate inefficiencies is an attractive proposition for IT and business leaders. And providers of traditional IT and business process outsourcing facing potential loss of business to bots are themselves investing in these automation capabilities as well.

While the basic benefits of RPA are relatively straightforward, however, these emerging business process automation tools could also serve as en entry point for incorporating cognitive computing capabilities into the enterprise, says David Schatsky managing director with Deloitte.

By injecting RPA with cognitive computing power, companies can supercharge their automation efforts, says Schatsky, who analyzes the implications of emerging technology and other business trends. By combining RPA with cognitive technologies such as machine learning, speech recognition, and natural language processing, companies can automate higher-order tasks that in the past required the perceptual and judgment capabilities of humans.

Some leading RPA vendors are already combining forces with cognitive computing vendors. Blue Prism, for example, is working with IBM’s Watson team to bring cognitive capabilities to clients. And a recent Forrester report on RPA best practices advised companies to design their software robot systems to integrate with cognitive platforms.

[ Related: What companies need to know when considering automation ]

CIO.com talked to Schatsky about RPA adoption rates, the budding relationship between software robots and cognitive systems, the likelihood that the combination of the two will replace traditional outsourcing, and the three steps companies should take before implementing RPA on a wider scale.

CIO.com: Where are most companies in terms of their adoption of RPA?

David Schatsky, managing director, Deloitte: RPA is a new topic to some and a well understood one to others. More and more IT leaders have heard of the term and at least know what it is in principle. Adoption thus far is pretty modest. RPA has been more widely adopted in Europe and Asia than it has been in the U.S. And even those companies in the U.S. that have adopted RPA are typically just piloting it.

CIO.com: Why did RPA catch on more rapidly in Asia and Europe?

CIO.com: Why are you focusing on the potential combination of RPA and cognitive computing systems in particular?

Schatsky: I think it will help to broaden the application of RPA and increase the value it delivers to the companies that adopt it. Cognitive technology is progressing rapidly, but many companies don’t have a clear path to taking advantage of these technologies. They’re not sure how and where to put them to use.

RPA is a platform that can provide clear use cases for applying cognitive capabilities. Companies can install it to automate processes and it provides a framework or platform to integrate with cognitive systems to take automation to the next level. It’s almost the ‘killer app’ for cognitive computing.

RPA is very useful technology, but it’s not terribly intelligent technology. It only performs tasks with clear-cut rules. You can’t substitute RPA for human judgment. It can’t perform rudimentary tasks that require perceptual skills, like locating a price or purchase order number in a document. It can identify a happy customer versus an unhappy customer. Cognitive takes the sphere of automation that RPA can handle and broadens it.

CIO.com: Where will be the most beneficial use cases for using RPA in conjunction with cognitive technology?

Schatsky: A lot of them are in the front office: classifying customer issues and routing them to the right person, deciding what issues need to be escalated, extracting information from written communication.

CIO.com: Who tends to lead these RPA efforts—an IT leader or a business process owner?

Schatsky: It’s mixed. Sometimes it’s led by the process owner in the business. They learn about RPA and identify an opportunity to deploy it and improve efficiency. In other cases, IT has been leading the effort. It’s indicative of the broader trend of tech-centric decision being made increasingly in the business and not just IT.

However, it’s a classic example of technology that benefits from the involvement of both IT and the business. The business is accountable for the business process operation, but IT is responsible for things like security, compliance and governance. If the business goes out and deploys this stuff without IT’s involvement, those issues can get overlooked.

CIO.com: Is there much adoption of RPA to automate processes within the IT function?

Schatsky: There’s plenty of potential there is in terms of automation routine IT tasks such as password resets. But RPA has come onto the scene really focused on business processes rather than IT.

CIO.com: Will RPA, particularly infused with cognitive capabilities, displace the outsourcing of business and IT processes?

Schatsky: It certainly raises the question of whether its possible to do away with outsourcing by automating functions. We’ve seen some studies that suggest that it an onshore process automated with RPA could be less costly than offshore process performed by humans. But the jury is still out regarding what the impact is going to be on outsourcing.

We do see outsourcing providers themselves investing in RPA in order to capture the cost and business benefits to remain competitive and forestall the adoption of alternatives that don’t include them. In some cases, the business process outsourcing model will likely evolve.

CIO.com: You’ve noted that a proof-of-concept RPA project may take as little as two weeks and a pilot could be up and running within a month or two. Sounds simple. Is it?

Schatsky: Some of these proofs of concept are intended to do just that, prove the concept. They explain what RPA is and show it working in practice. You have to go a fair way up the road to get to something that’s in production ready and delivering value.

CIO.com: What are the most important steps companies need to take if they’re thinking about implementing RPA on a wider scale.

Schatsky: There are three issues that companies need to think about.

Sometime business processes performed by humans, who are adaptable and flexible, can be fairly unstandardized and full of exceptions. That’s not a problem for people, but is a problem for an automated tool that seeks to do this in a more repetitive way. Processes can be hard to automate as is and will need to be rationalized in order to take advantage of RPA.

The other thing is scalability. Once someone has proved the value of RPA in one particular business process or piece of a business process, the interest in expanding the use of it grows. But companies need to do more planning when they expand the use of RPA. They think about issues like how many software bots do we need to have and how they will manage secure access to systems the bots are interacting with. That requires more thought.

Finally, you need to understand the business purpose — what you’re trying to accomplish with RPA. Often the adoption of RPA is driven by cost cutting, but it’s worth thinking about the broader business goals. For instance, some companies are looking to improve service to customers by being more responsive or fulfilling customer requests faster.

Some may be interested in scalability and the ability deal with spikes in demand, sudden changes in workflow, or the need to comply with new regulations. Companies should take a step back to understand what they’re trying to do with RPA because that will dictate the approach they take. In fact, that’s the biggest consideration to make when an enterprise decides to go whole hog with RPA.

CIO.com: What are the biggest mistakes companies make related to RPA?

Schatsky: Overestimating what is possible and thinking that since RPA just replaces what people are doing right now, I can just deploy it right away. It’s not a macro that automates one person’s keystrokes. It’s much more sophisticated than automating one person’s work. The concept of RPA is simply, but the reality of implementing it requires more thought.