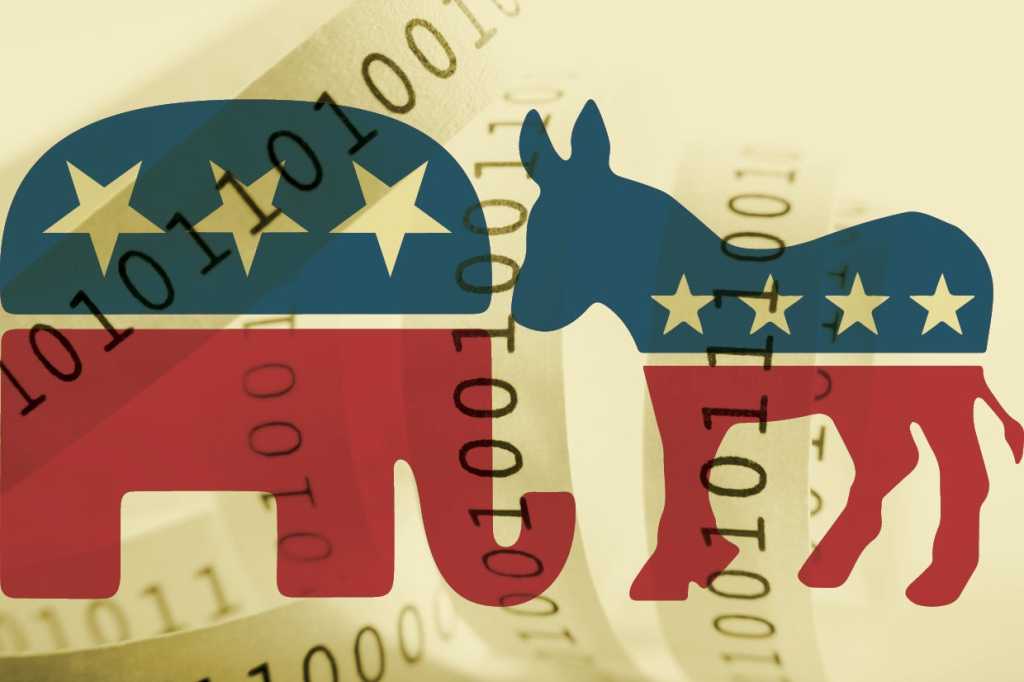 Ahead of a new presidential administration and the shuffling of political leadership across the executive branch, the federal IT community is bracing for a major upheaval that will likely halt the launch of major new projects and could even derail current initiatives.

Regardless of who wins the White House on Tuesday, the transition from one administration to the next has a chilling effect on IT activity within the agencies, even if those projects are mostly overseen by career, non-political personnel.

“Obviously, it will vary significantly from agency to agency, but generally it is quite disruptive,” says Richard Spires, the former CIO of the Department of Homeland Security who now serves as CEO of the IT training firm Learning Tree International.

For starters, many CIOs today are political appointees who will exit the government Jan. 20, 2017. For those who stay on, and their career deputy CIOs and other non-political personnel, the transition process can create a holding pattern where there is little motivation to launch new projects before the incoming leaders assess the agency’s operations and formulate their own priorities.

“No one wants to be out in front of where the new political leadership wants to go,” says Steve Bennett, director of the global government practice at SAS, and analytics software provider, and the former director of the National Biosurveillance Integration Center at DHS.

[ Related: How social media is shaping the 2016 presidential election ]

Observers point out that the extent to which an agency or a smaller organizational unit is upended by the presidential transition can be the product of how insulated it is from the political element. Bureaus and sub-agencies with few political appointees in their direct leadership can expect to enjoy more continuity than the segments of the government with more political leadership.

IT issues aren’t political, but election results could cause disruption

And at their core, most IT issues aren’t especially political matters.

“The only partisanship in the IT shop tends to be Android or iPhone, not so much Democrat or Republican,” Bennett says.

Experts don’t anticipate that the new administration will abandon some of the hallmarks of the Obama team’s IT reform efforts — sweeping programs like consolidating data centers and moving systems and applications to the cloud. But at a more granular level, it wouldn’t be surprising to see new leaders scrutinize and perhaps even scrap particular IT initiatives.

“Sometimes new administrations come in and they stop projects that are underway,” Bennett says. “Often the transition will occur in the middle of the deployment of a project that will get stopped. Operationally that can create a lot of turmoil in an IT organization.”

Federal CIO Tony Scott is aiming to ease the transition with a forthcoming assessment of the government’s technology reform efforts billed as an IT report card. Scott did not respond to a request for comment on the report, but industry officials familiar with the effort say that it aims to offer a candid assessment of the current state of federal IT that could help orient the incoming CIO and make for a smoother handoff, should Scott opt to exit the government, than he experienced when he took over the job from his predecessor.

“I think that’s intended to be his sort of parting gift to whatever the new administration is,” says Rick Holgate, the former CIO at the Bureau of Alcohol, Tobacco, Firearms and Explosives, who is now a research director focusing on the federal government at Gartner, which is helping Scott’s office prepare the report card. Holgate anticipates that the report will be completed by year end.

Scott has generally been well regarded by industry groups working with the government. MeriTalk, a public-private partnership focused on government IT, has started a petition campaign calling for Scott to stay on as the federal CIO into the next administration. Holgate does not expect that effort to succeed. “Unless he’s talked into it, Tony’s probably likely to step aside in the not-too-distant future,” he says.

But whether Scott stays on or not, the CIOs who do continue into the new administration can expect to spend a considerable amount of time educating the new leadership about the operations of the agency.

“For them to really understand how it works and how you get things done, that’s a long process,” Spires says. “That lack of continuity really makes it very difficult for CIOs and IT organization in general to carry out longer term IT modernization initiatives.”

New administration could be an opportunity for CIO role

Spires is hopeful that, assuming Scott steps down, his successor and the officials who occupy senior spots at the Office of Management and Budget continue to press agencies on implementing the Federal IT Acquisition Reform Act, or FITARA, a sweeping overhaul of government technology operations that included provisions aimed at enhancing the role of the agency CIO.

The presidential transition presents a unique opportunity on that front, according to Holgate, who sees the chance for CIOs to introduce themselves to the incoming agency leadership and advocate for “the CIO being viewed as a support function or an administrative function to being viewed more strategically as aligned with and in support of the organization mission.”

“From a CIO perspective, it also opens opportunities for CIOs to essentially restart their relationships with the organization leadership,” he says.

As to what a Hillary Clinton or Donald Trump administration might look like from federal CIOs perspective, much remains unclear. Neither campaign responded to requests for comment for this story, and government IT has not been the headline from either candidate’s stump speech.

What a Clinton administration could mean

But observers look to the rather lengthy (“exhaustive,” one source described it) technology and innovation agenda that the Clinton campaign has released as an indicator of where her administration would set its priorities. In many areas such as promoting broadband development and defending network neutrality, a Clinton tech-policy agenda looks like it would pick up where the Obama regime will leave off.

“Just based on what Hillary Clinton has documented in terms of her position, a lot of it looks like continuing what President Obama has started,” Holgate says. “Since in that case it would be a same-party transition, there would certainly be some changes that come along with that naturally, but it probably wouldn’t be as disruptive as a transition to a new party.”

In government IT, Clinton promises to appoint a chief innovation adviser to help lower barriers to the adoption of new technologies within the federal government, establish digital services as “a permanent priority for federal agencies,” continue to open up government data and expand the role of the U.S. Digital Service, a White House initiative aimed at improving government operations and services through technology.

“Much of it indicated that they would continue the direction and emphasis — the unprecedented emphasis — that the this administration has provided on technology — the role of technology, the government mission, digitizing government, delivering better constituent service, improving the exposure of data for social benefit, the use of big data to drive government decisions,” says Trey Hodgkins, senior vice president at the IT Alliance for Public Sector, a division of the Information Technology Industry Council.

What a Trump administration could mean

“There’s a lot less clarity around a Trump administration and what exactly they would do from a technological perspective,” he says.

Hodgkins did relay word of a high-level meeting between senior Trump campaign staffers and officials from the tech sector. That discussion, he says, focused on ways to reduce the barriers for companies to do business with the federal government.

“The conversations that have been had with the Trump campaign have focused more on the compliance challenges and burdens that being a vendor in the government sector can [entail],” Hodgkins says. “They would be willing to look at those burdens.”

Both sides acknowledge need for reforms

So Clinton and Trump both appear to have acknowledged that more reforms are in order to the acquisition and procurement process to broaden the technologies available to federal IT shops, where many upstart vendors say they have had trouble breaking into the market.

“There is a ton of work that needs to be done around acquisition policies,” says Chris Howard, vice president of the federal division at Nutanix, an enterprise cloud vendor. “It needs to be more open, let other vendors compete, a lot of time things are written for certain vendors or incumbents.”

Acquisition reform has been a longstanding priority to ITAPS, Hodgkins’ group. He speaks of the “backwardness” and “dysfunction” of government acquisition and procurement, observing that too many of the rules around technology purchases reflect a bygone era of massive one-time purchases that don’t reflect the currents of incremental, agile development that guide new IT buildouts in the commercial sector.

“From a technological perspective, we don’t think the government’s processes fit the reality on the ground, and we think it’s time to revisit those,” he says. “Most of the agencies are behind — and some of them very far behind — the commercial marketplace and, even some elements of the public sector,” such as state and local agencies.

For all the reforms from FITARA and those that Scott and other members of the Obama administration have undertaken, there is general agreement that much more needs to be done to improve the government’s use of technology. Obama has called for a $3.1 billion IT modernization fund that would provide a mechanism to facilitate agency efforts to update their legacy systems. The Modernizing Government Technology Act, which has passed the House and awaits consideration in the Senate, offers an alternative funding approach to the same end.

Spires says that he welcomes efforts to give agency CIOs more maneuvering room in their budgets, in particular proposals to untether agencies from one-year funding cycles. Longer funding lead times, along with greater continuity in the ranks of the CIOs themselves, could help agencies move more effectively on long-overdue IT reform efforts.

“I am a big believer in having this funding flexibility, so that you’ve got that kind of idea of three-year money that gives the organization more flexibility over doing this IT modernization,” Spires says. “The amount of duplication that we have in systems is staggering in the federal government, even within agencies.”