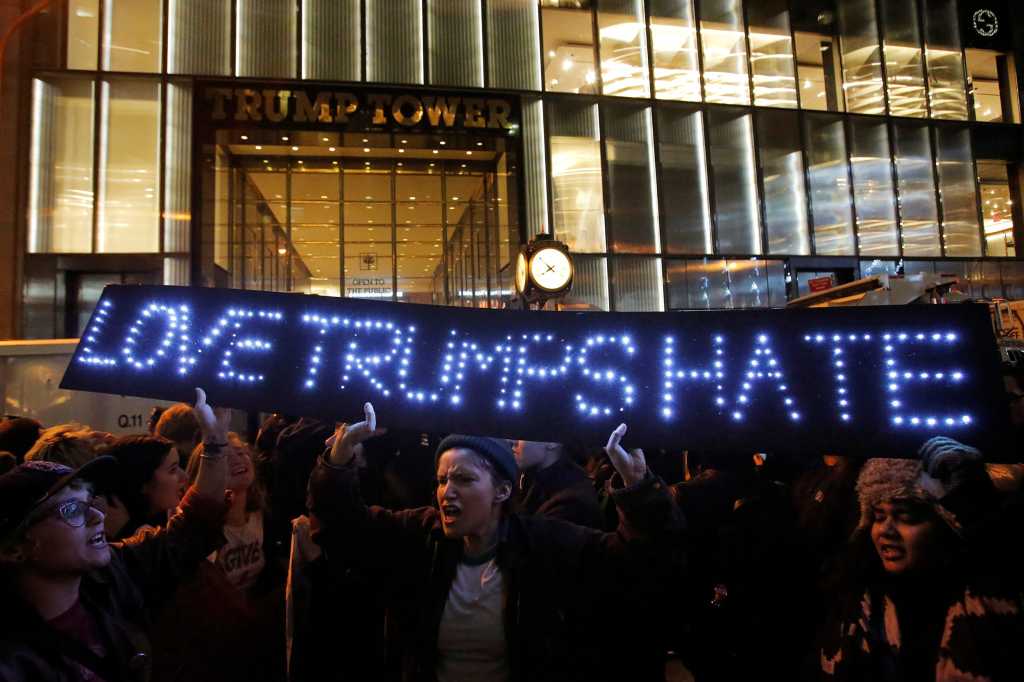 Yesterday morning we all awoke to find that America had elected Donald Trump president. The country’s new president-elect wants to deport a vast number of Hispanic people, wants to block Muslims from entering the country, has promised to roll back protections for LGBTQ people, and normalizes discrimination, harassment and sexual assault.

Donald Trump also promised to loosen libel laws and strip the media of any power it has left. Personally, I’m terrified of what this means for me as a woman. I’m worried for my black, Hispanic or Latino, Muslim, and LGBTQ friends and family. I’m scared for my neighbors and for everyone who’s not a straight, white, cisgender male.

What does Trump’s presidency do for diversity and inclusion initiatives? I’d be willing to bet that he will only embolden white-privileged brogrammers who want to avoid hiring anyone outside their own demographic. I bet candidates from diverse backgrounds will stop applying for jobs at companies that don’t actively speak out against sexism, racism, homophobia and discrimination. Perhaps they’ll turn to other, more welcoming industries, or even decide to find work in other countries.

I also bet we’re going to see a lot more women, black, Latino, Muslim and LGBTQ workers get fired without repercussion. After all, the excuse could be made that they just weren’t a “cultural fit.” It’s not like the federal government’s going to be able to enforce protections.

I’m also terrified for my profession as a technology journalist. I write mostly about IT careers, hiring, engagement and workforce management. Sometimes I dabble in other stuff. For example, I blog about diversity and inclusion in Silicon Valley, as well as the need to overcome the patriarchal white cultural “norm” that permeates so much of America. Sounds harmless enough, right?

Unfortunately, I believe we’re going to see the media muzzled. For many years, major media outlets have failed to actually report the facts, choosing instead to focus on “controversy” and creating their own narratives. Nothing, not even the last-ditch effort by The New York Times, Time, The Washington Post and other major publications to finally do the right thing and stand up to hate during the last few months, suggests this is likely to change.

What happens when a writer decides to post something that could be perceived as critical of Trump’s dictatorship? What happens if a company executive decides they don’t like what’s written and files a libel suit? Could a reporter wind up in jail or be bankrupted? I fear the consequences will be dire and swift.

Though I’m still grieving and mourning, I promise that for as long as I can, I’ll keep writing about these issues and standing up for the rights of women, black and Hispanic, Latino, Muslim, Catholic, Jewish, atheist, lesbian, gay, trans and queer people, whether they’re in the technology world or not.