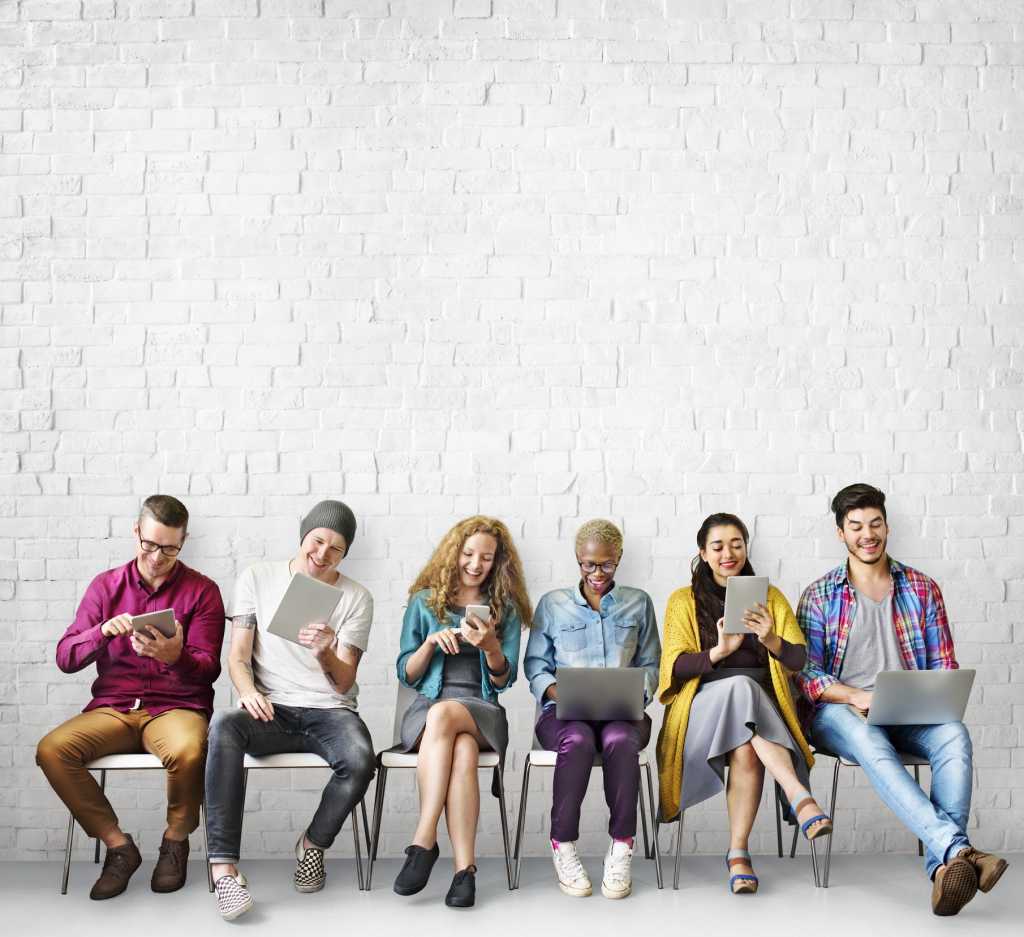 When examining the power of words through the lense of the tech industry, we are reminded of the challenges we face in creating a more inclusive environment. I’d like to quickly share a personal experience that opened my eyes to how the language I use every day can have an impact:

In 2014, I took the leap of faith to join a startup and leave a cushy job at an enterprise tech company. My career had always been in tech, so I thought I knew everything about tech culture. I understood that I worked within a male-dominated industry and had waved my flag for women in tech and attended many women in tech professional groups. I had heard stories, but it wasn’t until I got the full picture of the industry—from startup all the way to enterprise—that I really began to understand I was a minority voice in one of the world’s largest industries.

Now, I work within EdTech, and when you work in an education environment, you have the privilege to never be far from the learning process. I learned a great lesson from one of my students when she called me out for how I approached getting the attention of a group. When I spoke to students, I often used the colloquial word for people, “guys.” I’d would say phrases like, “congrats guys, you all did really well today!” or “alright guys, listen up.”

She pointed out to me that I was referring to men and women as “guys” and that if we were to truly create an inclusive environment we should consider why it is that the gendered word “guys” has become an accepted term for a mixed gender group of people. Even though society tends to think of the word as gender neutral, it isn’t. For example, there is no accepted female equivalent, and if someone were to address a group of men as “gals” they would all squirm.

I grew up in the south and had worked to phase “y’all” out of my vocabulary in a professional setting. In doing so, I intentionally replaced “y’all” with “guys” in an attempt to appear more universal when working with people across the globe. After all, “guys” is commonly used by both men and women to call attention to a group, even an all-female group. I even recall telling male colleagues of mine that them using “guys” in their language didn’t bother me as they were clearly not intending to be biased.

Then, of course, came the one meeting that completely changed my mind. I secured a meeting with an entrepreneur who was open to hiring junior developers and considering graduates from The Iron Yard’s program. I was so excited to tell him about how well our students were performing and what they could do for his company, which had recently raised an impressive round of funding. I sat down with him to understand what his hiring needs were so that I could connect him to graduates who would be best suited for the job.

When we started talking about the qualities he sought to hire, he continually said phrases such as, ”I need guys who are able to …,” “I look for guys who …,” “the guys that work for me are …,” and on and on. As he kept talking, I looked around his office noticing the team was entirely men. I realized that he already had a very clear persona in his head about who he was going to hire. He wasn’t using the word “guys” as a colloquial phrase for people. When he sat down to envision who he was going to hire, he thought “guys”—that is, young adult men.

I thought about all the amazing women we had come through our program who were top performers. Not only did these women excel in the subject matter, they had previous careers that proved they would thrive in a startup environment. I became frustrated—frustrated that this hiring manager was not thinking about women as an option for his team, frustrated that the amazing, capable women I was working to find roles for were going to deal with this bias, and frustrated that even with a woman sitting in front of him, he was completely unaware of his choice of words.

It was in that meeting that it clicked. Some people didn’t naturally envision me or other women in the tech workforce. We didn’t fit the mold of who was “supposed” to be in the industry.

Our thoughts are manifested by the language we use to describe them. If we want to change the environment and the landscape for women in tech, let’s start with the basics: the language we use. I’m sure many women, like me, may also not have a gut reaction to a man referring to them and other women as “guys.” They likely understand there isn’t ill intent behind that word choice—it’s commonly accepted language. But what if we were to show that there is a positive benefit for inclusivity by choosing not to refer to mixed gender groups with a clearly gendered word?

We read every day about initiatives to get women into tech and to retain them in the industry. We “lean in,” we create organizations, scholarships, clubs, and focus groups, all to try and get more women to enter and stay in the industry. But what if one of the more powerful actions we can take doesn’t include money, resources, or organization? I believe we can make a big difference in changing the psyche of the industry by becoming more aware and deliberate with our language choices.

After that meeting, I started noticing when people were deliberate about using inclusive language. When folks were clearly intentional with their word choices, it became a signal to me that they were clued in, aware, and conscious. I gained respect for those who were leading by example and being intentional about their language.

So today I have a challenge for you. Think before you speak, be intentional about the words you choose, and recognize unconscious bias in our day-to-day language. With this one small change, I think we can take a big step toward a more inclusive environment in the tech industry and beyond.