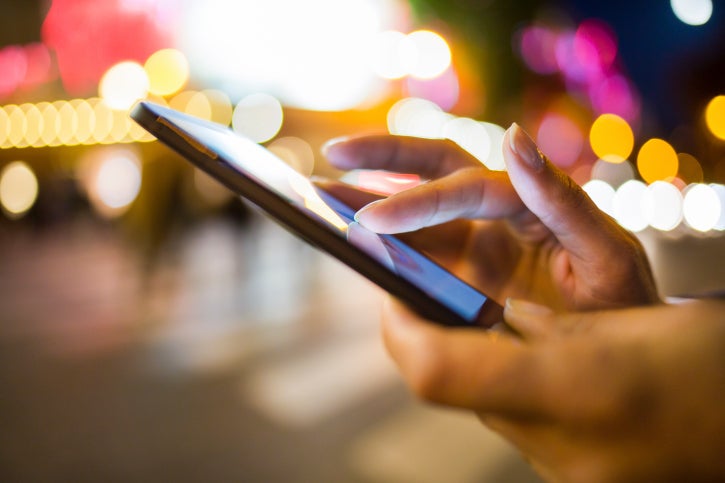 Mobile application makers currently have no plans to slow the onslaught of mobile ads that encourage you to install their apps on a smartphone. As the market for “mobile-app-install ads” grows to keep pace with demand, including participation from more of today’s most popular platforms, the mix of publishers and brands that can afford the greatest ad presence is also on the rise.

Little commonality existed among the top 20 app-install advertisers on Facebook, Google, Instagram and Pinterest during the third quarter of 2016, according to a new report from Sensor Tower. The research firm, which tracks mobile campaigns, studied app activity from “millions of mobile users around the globe” for its report.

The ad market that was once dominated by game publishers is now filled with various app types including — in the cases of Facebook and Google — suites of apps that are owned by the companies selling the ads. Instagram was the top advertiser based on indexed impressions on Facebook during the third quarter, according to the report. (Facebook owns Instagram.) And Google was the top advertiser on its own service during the same period.

Mobile-app-install ads in the United States will generate nearly $6 billion in marketing spending in 2016, according to eMarketer. With more than 2 million apps available in Apple’s App Store and at least 2.2 million apps in the Google Play Store, publishers are pulling out all the stops to get valuable real estate on consumers’ mobile devices.

Three of Facebook’s top five mobile-app advertisers in the United States during the third quarter were shopping apps Wish, Mercari and OfferUp, according to the Sensor Tower. Netflix also made Facebook’s top 20 list for the first time during the period, and Uber and Amazon remained mainstays.

Google’s top 20 list is more lopsided. The company bought enough ads on its own service to place four of its biggest apps on the list of its top nine mobile-app advertisers. Google, YouTube Music, Google Maps and YouTube were all on Google’s list of big advertisers. Shopping-app Wish beat out Amazon in app-install ad impressions, moving from No. 15 in the previous quarter to No. 5 as the holiday season approaches, according to the research.

On Pinterest, major retailers such as Kohl’s, JCPenny and Macy’s purchased enough app-install ads to place among that platform’s 10 biggest advertisers, according to the report. And 15 of the top 20 advertisers on Pinterest were retailers, shopping destinations and services such as Etsy and Thredup that act as intermediaries for the private sale of crafts, vintage goods and other limited-supply products.

Meanwhile, mobile-app-install ads continue to increase in importance for the companies that buy and sell them. Earlier this year, Citi projected that 1.15 billion apps will be downloaded via marketing material on Facebook properties in 2016, as reported by Business Insider.

People downloaded about 867 million apps via Facebook properties in 2015, Citi said. The financial institution’s research also concluded that Facebook ads will be responsible for more than 4 billion cumulative app downloads by 2017. During their respective developer conferences in April and May, Facebook and Google said they each drove a total of 2 billion app installs to date.