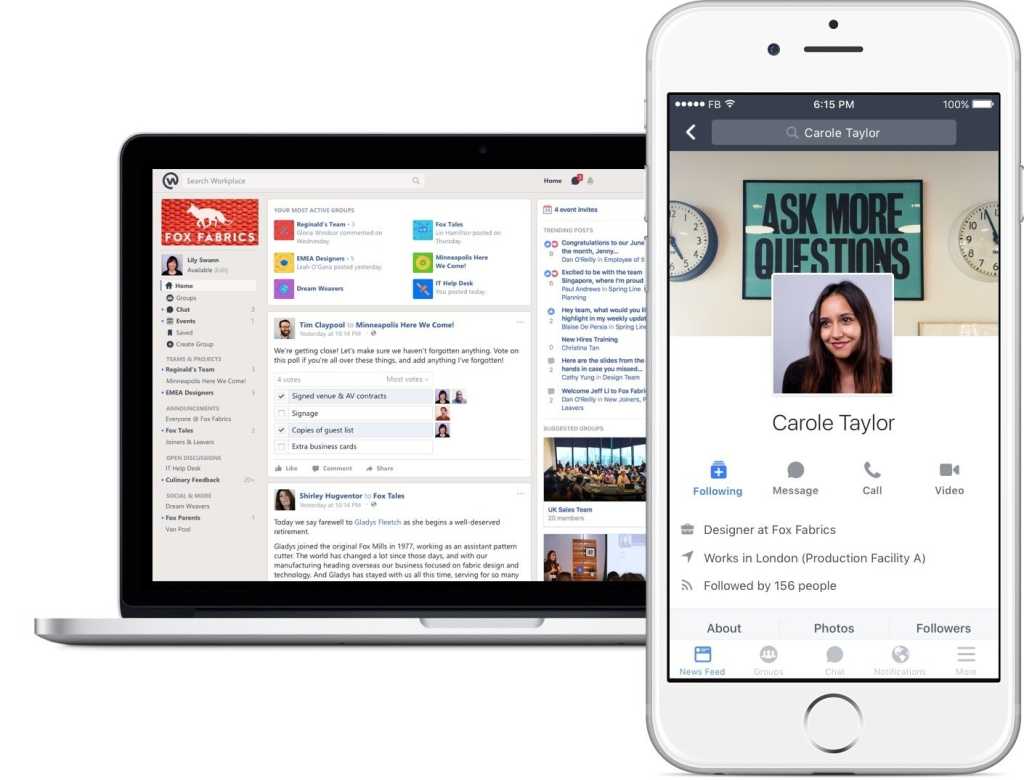 Facebook plans to expand the capabilities of Workplace, its social network for business, with an app platform that lets enterprises integrate third-party apps. These “custom integrations,” which allow organizations to personalize their versions of Workplace with familiar productivity apps and other services, was announced at a TechCrunch conference yesterday. Facebook later confirmed the news.

When Workplace launched in October, Facebook emphasized its core strengths that draw 1.71 billion people to the site every month. In Workplace, the company built a separate business communication service on the same foundational features. The new custom integrations bolsters Facebook’s pursuit in the enterprise by offering a more comprehensive platform for integrating SaaS services.

“It’s vitally important for Facebook to allow third party integrations, because there’s no possible way that Facebook could offer a best in breed, end-to-end solution,” says Patrick Moorhead, president and principal analyst at Moor Insights & Strategy. “In this case, Facebook is the platform, and integrations make it holistic.”

Facebook requires all vendors and services to be approved before customers can integrate them with Workplace. Custom integrations will access Workplace via an API, and they’ll be subject to applicable API terms, according to the company. Businesses can also hire Facebook-approved third party developers to build custom integrations.

The ability to access existing business functions via Workplace will likely impress CIOs, according to Moorhead. “IT leaders prefer one throat to choke, but only if their users can easily use the tools, be productive using them, and they’re safe and secure,” he says.

Messaging should be simple for employees who use Workplace, but getting actual work done with the tool may be much more of a challenge, Moorhead says. “No one comes out of the womb knowing how to use CRM, spreadsheets and presentation tools, so these, at minimum, will take training.”

By integrating third-party services with its collaboration tool, Facebook followed the lead of Slack and Microsoft, which recently introduced Teams. Microsoft is already dominant in the market for business tools, and it shouldn’t have to radically reinvent anything with its third-party integrations, according to Moorhead. Slack’s app platform, which launched last December, currently includes hundreds of popular services from companies including Salesforce, Skype and Trello.

Workplace’s new custom integrations could ultimately determine Facebook’s level of success in the collaboration space. “IT leaders need to understand that Workplace isn’t necessarily in Facebook’s end user core competency and, like anyone doing business productivity for the first time, they will make some mistakes,” Moorhead says.

CIOs and IT pros should become comfortable with Workplace over time as long as Facebook doesn’t make blatant privacy and security mistakes, he says.