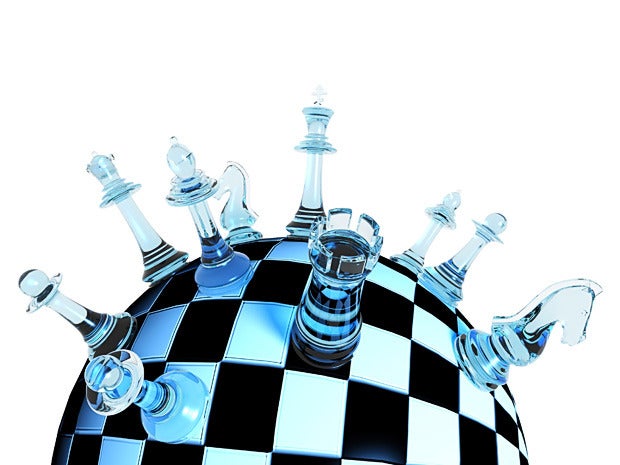 I got an email the other day from a reader who claimed I’m doing CIO.com’s readers a great disservice by focusing my diversity and inclusion coverage on “identity politics” instead of emphasizing diversity of thought. Identity politics only creates problems, while cognitive diversity solves them, according to this reader.

What are “identity politics”? It’s the tendency of people from different religious, ethnic, racial and/or social backgrounds to form political alliances to advance issues important to their, well, identity.

Here’s the thing — I don’t believe you can separate the two, at least not far enough to make a big difference. To my mind, it’s a bit circular: Identity is informed by experience. Experience informs your thinking, your beliefs and your values, which, in turn, become part of your identity. Can a group of people who all share a similar identity, who have all had very similar life, education, work, family experiences really think differently?

To a certain extent, yes, but that depends on that group’s individual and shared experiences as well as the group’s perceived value in a society. My husband is a straight, white male. His ability to empathize with the experiences and point of view of others who are not straight white males is possible because he surrounds himself with people who are not like him and makes an effort to listen, hear and amplify voices that are different from his, because he knows his own thinking is limited by his identity and his experiences. I try to do the same, because my identity and my experiences are limited to those of a white female.

That leads me to another important point. Referencing “identity politics” as it applies to black, Hispanic, Latinx, LGBTQ and other underrepresented groups sets the standard for existing as straight, white and male; as Hadley Freeman points out in The Guardian, “… white, straight [people] don’t have an identity — they are just people.”

My husband’s experiences are necessarily different than mine — not just because he’s male, but because in our society, he’s perceived as more valuable. If your group’s experience is that you’re held up in society as “normal, right, valuable,” then any person who deviates from that norm is going to have a different experience. They’ll most likely have experienced discrimination. They’ll also have experienced different schooling, lived in different communities, have different cultural touchpoints — all because of their identity, whether they’re black, LGBTQ, female, Hispanic or are differently abled. And all of that means that their very identity causes them to think differently, to solve problems differently and to value different things. That is cognitive diversity, and it’s also identity diversity.

Part of identity politics that’s so important is standing up against the societal norms that value white, straight and male above other identities by pointing out and owning those identities. Being able to stand up and say, “I’m a woman,” “I’m gay,” “I’m black” or “I’m deaf” is actually a pretty radical act in a society that doesn’t value these. And you need all these different perspectives, from all these different people to really create cognitive diversity.