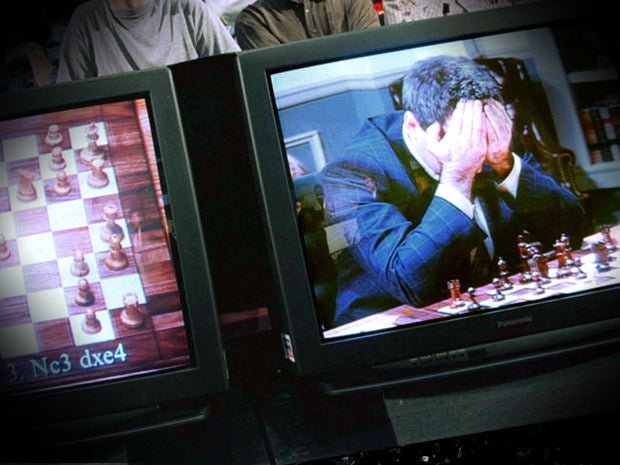 Occupations accounting for 47 percent of all U.S. employment are at risk of computerization.  And, according to the Oxford economists who conducted the research, this isn’t decades away: it could happen over the next 10 to 20 years. So, are we finally at the point of “The Brain’s Last Stand,” as Newsweek declared after chess master Garry Kasparov lost to an IBM computer 20 years ago?

We don’t have to be. Not if leaders in business and government invest in human-centered automation, a solution that holds the potential to offer the best of both worlds – combining the efficiencies of computerization and the flexibility and creativity of skilled workers.

To understand the threat, consider author Nicholas Carr’s warning that smart machines could de-skill work in a way that creates long-term difficulties. He points to the way in which automatic systems have replaced much of the work of airline pilots, whose role today is largely to be available in case of emergencies.  But, as their skills deteriorate from lack of use, pilots are increasingly reacting inappropriately in emergency circumstances, doing such things as lifting a plane’s nose and reducing its air speed in the event of a stall, when the correct action is to tip the craft down and gain velocity.

But what if we view automation not as a replacement for humans, but an opportunity to maximize human potential? As described by IBM data scientists, in the era of cognitive systems, humans and machines will “need to collaborate to produce better results, each bringing their own superior skills to the partnership. The machines will be more rational and analytic — and, of course, possess encyclopedic memories and tremendous computational abilities. People will provide expertise, judgment, intuition, empathy, a moral compass, and human creativity.”

Carr calls for this “human-centered automation” to “divide roles and responsibilities in a way that not only capitalizes on the computer’s speed and precision but also keeps workers engaged, active, and alert — in the loop rather than out of it.”

Of course, getting to the point of true human-machine collaboration is no simple task. Companies and management consultants will need to examine how job redesign and process reengineering can make full use of skilled human resources while taking advantage of the efficiencies of machine learning. Integrating AI-systems into complex professions such as medicine will involve breaking traditional tasks into simplified, discrete parts, changing the requirements for human skills and increasing human-computer interdependence. But, done right, AI-based computer medical systems will help physicians make diagnoses and identify treatment options for patients without de-skilling the medical profession.

Given the enormity of this challenge, public policy has an important role to play in pursuing a collaborative future.  It might, for instance, encourage the right mix of human and digital labor that pairs humans to work with machines, instead of against them.  In The Second Machine Age, MIT’s Erik Brynjolfsson and Andrew McAfee recommend that policymakers, “Use taxes, regulation, contests, grand challenges, or other incentives to try to direct technical change toward machines that augment human ability rather than substitute for it…”

The National Science Foundation’s (NSF) National Robotics Initiative is a step in this direction.  It provides support for systems that work alongside or cooperatively with workers. According to NSF, the idea is that the next generation of robotic systems should be designed “to establish a symbiotic relationship with their human partners, each leveraging their relative strengths in the planning and performance of tasks.”

Not everyone believes that government should focus on the integration of humans and machines.  One high profile organization objected to the NSF’s initiative over a concern that it “precludes opportunities to develop AI systems that could replace workers, which history has shown to produce greater economic benefits in the moderate and long run.”

But there is plenty of evidence supporting the idea that co-robots can be more efficient. Garry Kasparov, who has continued to examine AI since his headline-making loss in the 1990s, argues that pairing humans with computers offers the opportunity to get the intuition and insight of the human and the processing power of the machine.  In chess tournaments “the teams of human plus machine dominated even the strongest computers.”

Collaboration holds tremendous promise, enough so to justify government investment in a dedicated research initiative designed to see how far it can be developed. To be clear, this pursuit shouldn’t be viewed as a humanist exercise — the goal is to seek the genuine efficiencies. In doing so, we need to be open to the idea that, over time, collaboration will fail to outperform machines acting alone.  But at this stage, it would be dangerously short-sighted to believe that the role of humans must inevitably be diminished.