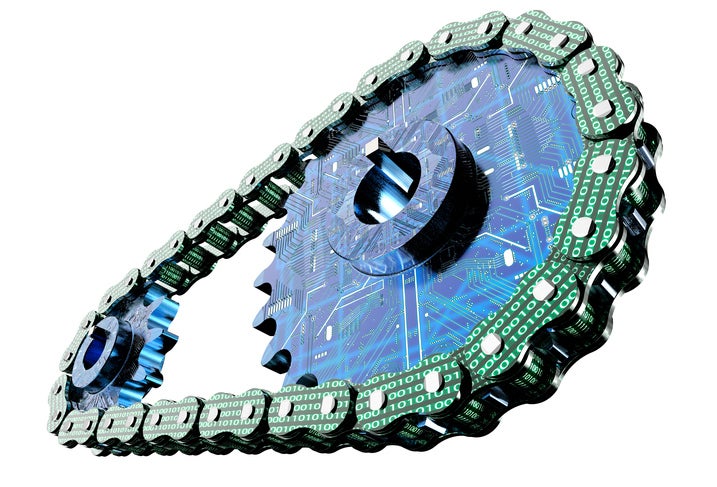 Game theory is the science of strategy. A branch of mathematics and economics that explores strategic situations across multiple stakeholders with different goals, whose actions can affect one another. Pioneering companies are changing the game with blockchain technologies. The new game of consumer interactions redefines transparency, immutability and security across industries.

Much progress has been made with game theory. John von Neumann and Oskar Morgenstern’s 1944 book Game Theory and Economic Behavior outlined classic game theory. Franklin D. Roosevelt stated that “competition has been shown to be useful up to a certain point and no further, but cooperation, which is the thing we must strive for today, begins where competition leaves off.” Game theory analyzes strategic interaction and can be applied to economics, political science and military science. In game theory, players (decision-makers) adopt strategies (complete plans of action) and receive payoffs (rewards or punishments), all of which depend on the strategies of all of the players. A strategy is a complete plan that describes the action a player will take in every circumstance that is observed.

There are many common examples of game theory that include elections, auctions, wars, the arms race, oligopolies (when a small number of companies dominate a market), certain aspects of animal behavior, the evolution of social norms and, of course, games such as the ones played for entertainment, like Pokémon GO.

If you have played the board games Monopoly, Risk or Stratego, you knew who you were playing the game against. Today, players are less obvious. Likewise, partners you wouldn’t consider yesterday might be your best avenue for a competitive advantage. Change the rules with three of the leaders in blockchain technology.

Problem Solved: Personalized care is compromised without the privacy and security of the universal infrastructure.

Concerned about the hidden cost of trust over truth? Gem fuels automation with integrity, and helps to create data, identity and logic frameworks that allow companies to share data with industries by customizing participation within a blockchain network — cross-industry applications are connecting customers to products, services and interactions. Gem offers three integrity solutions:

The application of game theory in business centers on the interactions of multiple players. Everyone understands games. Competitive pricing to labor negotiations provides similar structures to analyze possible strategies and recommend and optimal strategy for each player. Adam Brandenburger and Barry Nalebuff in a Harvard Business Review article explained how game theory shapes strategy. Whether a high-stakes game or no stakes at all, every game has five elements.

As 2016 closes and 2017 opens, pause to reflect on the game your company is playing and the players at the table — the game might have changed, and you might not notice all the players. Explore partnerships to redefine the rules and create a new game — be the player in the game others don’t notice.