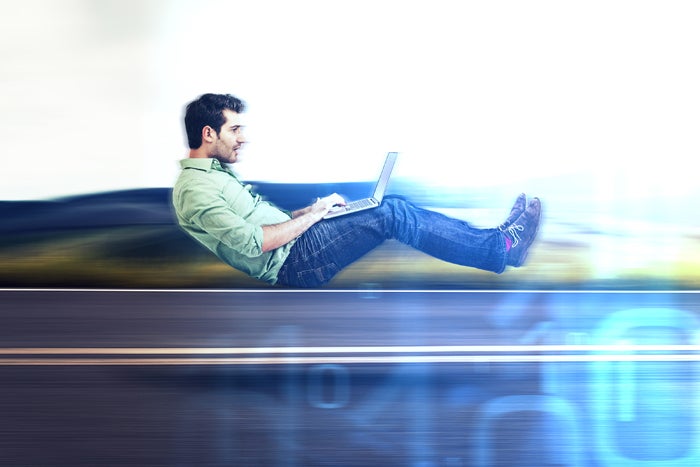 You’ve probably heard the breathless hype about the new wireless standard called 5G. As I’ve written before it’s not exactly on our doorstep. But trials by a number of major carriers have gone well, and some industry analysts are predicting that the ultra-fast technology will start to be deployed as soon as 2020.

[ Related: 5G could require cell towers on every street corner ]

When it arrives, though, it’s likely to be deployed in a way that may surprise you: Expect to see Google and a few wireless carriers using it to provide ultra-fast broadband to your home or office without the trouble and expense of installing fiber cables. By ultra-fast, I mean speeds of 1 Gbps or even more.

Disappointingly though, 5G technology that will make your smartphones download data many times faster than the current standard — 4G LTE — is still years away.

“Fixed wireless is the only business case for 5G,” said Bengst Nordstrom, a long-time telecom exec now CEO of Northstream, a consultancy based in Stockholm. Carriers in Europe and North America have got to do something different because their core business is getting saturated and revenues have been flat, he said recently at a conference in Helsinki.

Fixed wireless in the works

Verizon and AT&T, along with Google, are working towards fixed wireless deployments even though the 5G standard is not yet fully baked, Samsung vice president Wonil Roh predicted recently. Roh visualizes a network in which carriers put base stations on poles that are already connected to a high-speed network (or can easily be connected) and then beam a 5G signal to a home. That signal would allow the consumer to connect to the Internet at speeds of 1 Gbps or even faster.

A plan such as the one Roh envisions would obviate the need to bury fiber cables in trenches, an expensive and disruptive process.

Google disappointed many people when it put the brakes on plans to deploy gigabit internet to cities across the country and laid off much of Google Fiber’s workforce. However, the search giant purchased Webpass, a high-speed wireless ISP, in June and views that technology as an alternative to fiber cables, Craig Barratt, who oversees Google Fiber, said earlier this year.

That technology would provide high-speed connections for many consumers and prod big ISPs to speed up their fiber deployments. Comcast, AT&T and, to a lesser extent, Verizon, are bringing gigabit Internet to a growing number of markets, but typically those highly touted deployments only cover selected neighborhoods. Sometimes the coverage is so sparse that industry insiders refer to their announcements as “fiber to the press release.”

5G is really fast, though the exact speeds will vary depending on how the technology is deployed. Ericsson, for example, said it had achieved 5 Gbps on a testbed for 5G. That’s about 50 times faster than today’s fastest LTE networks. It will also require a much denser deployment of cell towers than those used for older technologies and that could prompt a good deal of opposition from communities.

The move to 5G won’t happen all that quickly, but it does promise a future that will include faster broadband and cellular connections that will leave today’s standards in the dust.