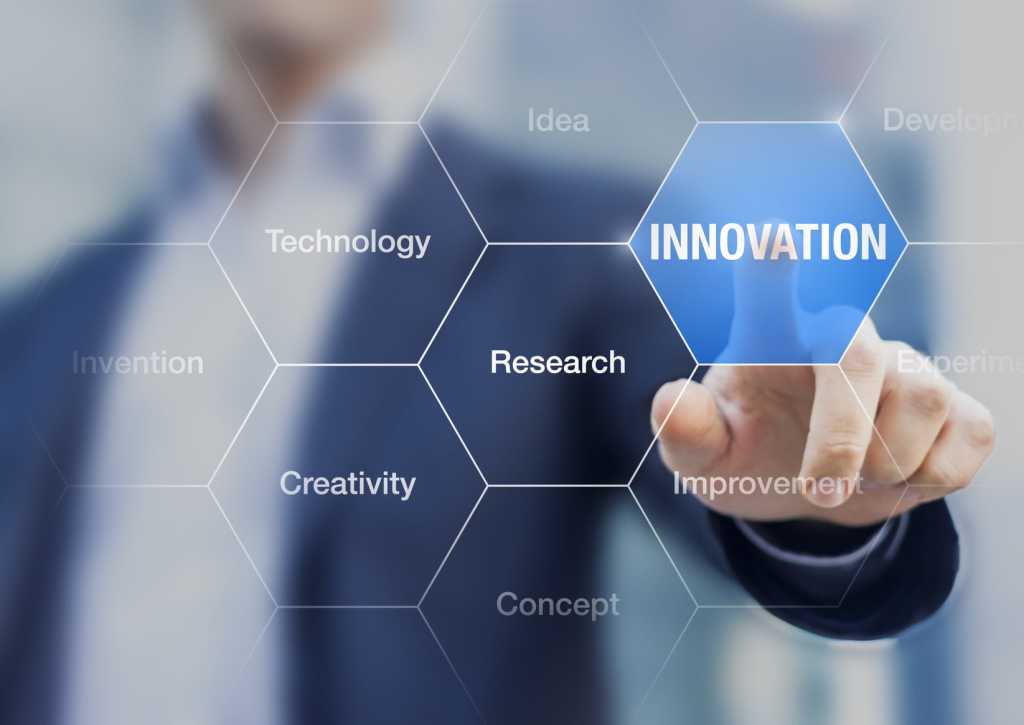 On a JetBlue flight in November from Fort Lauderdale to New York, a man dressed in business-casual attire walked the aisle, chatting up passengers while collecting their garbage.

The scene was captured by a LinkedIn user who posted a story with a photo displaying JetBlue’s CIO and Executive Vice President for Innovation in this unusual role. But if you know Sundaram, you wouldn’t be surprised. As Sundaram said shortly after: “We keep our titles at home when we come to work.”

In an age when customer experience and focus trumps (almost) all, JetBlue has a history of differentiating itself by, well, being different. Technology innovation, in many cases, is the driving force behind that differentiation.

JetBlue’s history of technological breakthroughs is well known, from putting live TV in seatbacks to rolling out the first satellite-based, on-board Wi-Fi. At the helm now is Sundaram, who, for such a technology-focused company, is a decidedly different executive: Like several other elite IT leaders, Sundaram didn’t rise up through the technology function.

Sundaram has been a CIO for 10 years, but he spent the majority of his career in supply chain and operations. That background has had a strong influence on the way he views IT’s role. When he was outside IT—albeit as a big technology enthusiast—he saw too much focus on aligning business and IT strategies, in a time when “the whole technological proficiency was isolated to a small group of IT professionals.”

Instead, he views technology as the enabler of his business — an enabler that everyone understands and uses on a daily basis. In other words, technology is more of a strategic asset than a skill-based competency.

“It makes a big difference,” Sundaram says, “if you start embracing IT as a toolkit as opposed to a skill set isolated to a small group of people.”

That perspective — along with a series of successful breakthroughs of his own at JetBlue—led to his elevation to lead innovation initiatives at the $6.4 billion airline, including oversight of its new investment arm, JetBlue Technology Ventures.

Long before he was appointed CIO of JetBlue, Sundaram was fascinated by transportation. After finishing college, he worked for his father, a physician and hospital administrator in his native India. One of the key projects he oversaw was a logistics program for a kidney transplant, working with transportation services and airports to make sure the organ would travel smoothly from one country to reach its beneficiary in another.

As he embarked further in his career, Sundaram took on leadership roles in supply chain and operations. He made the transition into IT leadership in 2006, when he was appointed CIO (in addition to serving as senior vice president of global supply chain) at Pall Corporation, the now-$2.4 billion supplier of filtration and purification products.

As Sundaram recalled, the company had six decades of success, but little investment in technology enablement. Sundaram began remedying that issue by spearheading the implementation of an SAP system across 42 countries, leading him to travel out of the U.S. for the majority of the year.

In the process, he began to more clearly shape his views about the value IT can deliver. Sundaram and his executive colleagues forecasted that the SAP implementation would drive growth, profitability and productivity on the shop floor. But he understood that automation could frighten people to the point where they thought they would lose their jobs.

He focused instead on the positives: specifically, how the technology—thinking about it as a toolkit—could improve the everyday tasks of those shop-floor operators. “If you look at it purely through the lens of technology, it scares people,” Sundaram says. “If you look at it through the lens of quality of life and empowerment and information availability, it doesn’t feel that way.”

During his tenure in operations and supply chain, Sundaram wasn’t a complete optimist about the power of IT, despite his interest in technology. He was no stranger to seeing people roll their eyes when the topic of an IT project came up. But leading IT at Pall, and seeing the positive potential of how technology could make a difference, changed his perspective. “When you’re leading an IT organization, how do you take the negative side of it and turn it into a positive?” Sundaram said. “That was a big moment for me.”

In February 2016, 16 years after its first takeoff, JetBlue took its innovation prowess to a new level, launching JetBlue Technology Ventures. The venture-capital subsidiary has a mission to invest in new technologies and providers in the travel, hospitality and logistics sectors — and to put those technologies to work within JetBlue.

Sundaram was the driving force behind the venture and currently serves as its chairman. At the helm of day-to-day operations is Bonny Simi, a three-time Olympian in the luge who joined JetBlue as a pilot and most recently served as vice president of talent.

That evolution comes as Sundaram and his organization are exploring the next group of potential technology game-changers for JetBlue.

One is the near-field communications (NFC). Sundaram expects NFC can help eliminate the often laborious check-in process, essentially allowing a kiosk to identify a customer and profile the minute he or she walks up to it. Eventually, JetBlue believes NFC will power a permanent boarding pass and bag tags, along with the ability to pay via NFC-enabled devices, ultimately replacing manual touch points like kiosks and check-in desks.

There’s plenty more. Staying with the customer-first theme, Sundaram and his team are implementing more artificial intelligence and machine learning into the company’s customer-service processes.

Another key priority for Sundaram’s IT organization is delivering capabilities to employees (which JetBlue calls “crewmembers”). Airport-based teams use iPads to access weather and flight information. In-flight, staff carry the same devices, which provide specific details on passengers to help serve them in a personal manner. JetBlue was also the first airline to roll out on-board purchases using Apple Pay.

And, as Sundaram told CIO.com’s Martha Heller last year, he has even teamed developers with pilots to build apps.

Much of what Sundaram has accomplished — and hopes to accomplish in the future — goes back to two of his driving leadership themes: IT is a toolkit, and titles are best left at home. “As a CIO, you need to be open to engaging with the entire workforce in advancing those innovations that are available to you,” Sundaram says. “How you get there is how much you interact with people inside and outside the organization.”