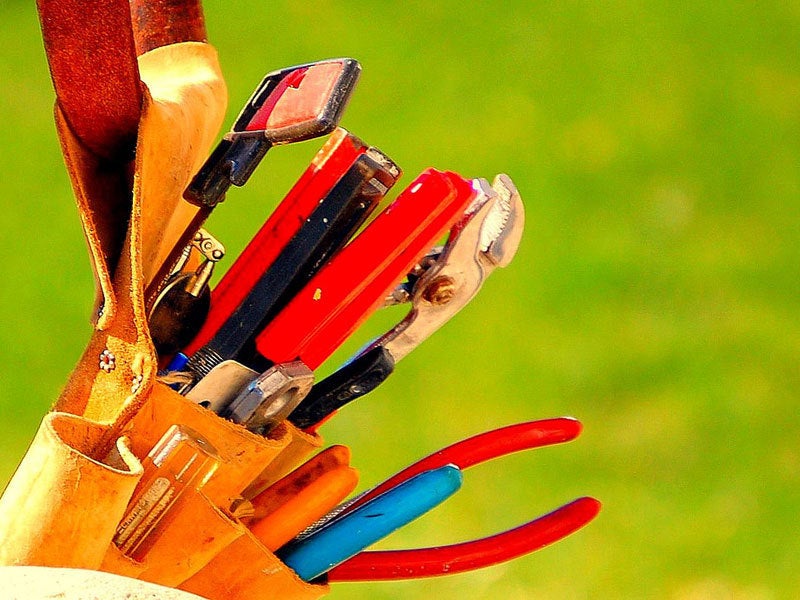 If you work with Windows systems, especially on the client side, you’ll occasionally need to bring an inoperable system back to life. The causes of this lamentable system state are as varied as the symptoms, which can range from an inability to boot Windows to a non-functional keyboard or display (hard to do anything in Windows without input or output). Despite all the many potential causes and symptoms, the situation remains the same: For whatever reason, a Windows system won’t start up and run as it should.

Bootable repair to the rescue!

[Related: 12 Windows 10 install issues — and what to do about them]

These days, a bootable repair environment is most likely to be housed on a USB flash drive (aka UFD), for a variety of good reasons. First and foremost, with capacities of 256 GB or beyond, UFDs can accommodate a great deal more stuff than optical media can. Even writable Blu-ray disks top out at 25 or 50 GB nowadays (single vs. dual layer), but DVDs offer only from 4.7 GB (single-sided, single-layer) to as much as 18.8 GB (double-sided, double-layer) in storage space. Second, writable optical media is much clumsier and more time-consuming to use than UFDs and may generally be created only once. But perhaps most important, even a USB 2.0 UFD is faster than Blu-ray, and USB 3.0 is much faster. The combination of reusability, higher speed, and greater capacity is too good to resist.

For best results, and the best price/performance trade-offs, savvy admins or power users will want to buy and use UFDs with capacities of either 32 or 64 GB. And because working with UEFI PCs works best if the UFDs are formatted using the FAT-32 filesystem, 32 GB is the “sweet spot” for repair and recovery UFD use. A mix of USB 2.0 and 3.0 devices is probably a good idea, especially if any of the PCs under your stewardship are old enough to lack USB 3.0 ports. I have also occasionally run into situations where certain notebooks or laptops wouldn’t boot from a USB 3.0 UFD inserted into a USB 3.0 port, but would happily do so with a USB 2.0 UFD in either a USB 2.0 or 3.0 port. Run-of-the-mill 32 GB USB 3.0 UFDs routinely sell for less than $10 nowadays, faster models (probably worth considering for productivity’s sake) sell for less than $30. USB 2.0 counterparts all go for less than $10 to $20 for faster models. Get several of each kind.

What to use for bootable repair?

Candidate software for creating bootable repair UFDs are many and legion. Windows 10 includes a built-in “Create a recovery drive” tool that is easy to launch: simply type “recovery drive” into Cortana/search box, and a Start menu item for it pops right up. Insert a UFD in your system, then click “Next” and the tool will step you through the process of selecting your target UFD and building a bootable runtime environment. The whole process is easy, if somewhat time consuming (the more drives on the system where you build the recovery drive, the longer it takes to scan through them and report on suitable targets).

Next, you select the target drive upon which the recovery environment will be constructed. This will reformat the selected device and replace its contents completely, so be careful not to target anything you might need to access later (or make a backup first). Windows tells you the UFD must be at least 8GB in size, but I’ve learned to use nothing smaller than 16GB for this purpose to leave room for additional drivers, tools, and whatnot on the device. This takes up to 20 minutes for USB 2.0 media, but only 10 minutes or less on USB 3.0 media (a clear illustration of 3.0’s speed advantage).

What can you do with a Windows recovery drive?

To use a recovery drive, you must instruct the PC to boot from the UFD instead of from its usual hard disk or SSD. This generally means interacting with the PC’s BIOS or UEFI environment. Consult the user manual for the target device for the necessary details, which can vary widely. On many of my laptops, for example, striking the F12 key during initial start-up brings up a boot drive selection menu, but on my Lenovo ThinkPads, I use the blue ThinkVantage button instead. Newer PCs with fast boot capabilities may require other, different contortions.

Once booted into the Windows recovery drive, a series of menus will appear. First you’ll elect to “Troubleshoot,” then ponder (and use) the subsidiary options.

Under “Troubleshoot,” you can elect to “Recover from a drive” or select “Advanced options.” The first simply re-installs Windows from the image on the recovery drive. It’s just like performing a reset on Windows 10, except it’s using the files from the recovery UFD instead of files from a different drive. This option makes sense only when other, less destructive recovery strategies have failed. That’s because it creates a fresh Windows 10 install, with no additional applications, user accounts, settings or preferences available. Choose “Advanced options” instead, and this is what you’ll see.

In general, if Automatic Repair doesn’t do the trick to restore a PC to normal startup and runtime behavior, you must consider other options. These include a System Restore or Image Recovery, but there are other recovery drive options to which you might turn at this point instead.

There are dozens, if not hundreds, of third-party recovery environments available for Windows. Some of them run on Linux distributions, while others are Windows-native and -centric. Here are my personal favorites in order of preference, based on hundreds of hours of research, experimentation, and hands-on use:

What do third-party recovery tools bring to the party?

For basic repairs, the Windows recovery drive is usually sufficient. But sometimes automatic repair fails, and command line repairs get too tricky. That’s when these third-party recovery tools really shine. They enable you to boot an ailing PC and perform all kinds of diagnostics and repairs on its system and boot drive, with something approaching the power of a full-blown replacement Windows environment (or its Linux equivalent).

You can use the internet to grab drivers not available through Windows update. You can run antivirus or anti-malware cleanups on one or more target disks to root out infections or infestations. You can perform deep boot/system disk analysis, rebuild or relocate disk partitions, recreate working boot configuration data (BCD), rebuild system images using Macrium Reflect, Acronis True Image, or Windows Image backup files, and more.

It’s important to remember, though, as you dig into repair scenarios that you never really want to invest more time and effort in repair than it would take to reimage and restore a damaged or failing PC. It’s easy to get lost in the details and relish the small victories involved in fixing various Windows gotchas. But it’s also smart to recognize that if repair is going to take longer than a couple of hours, the best course is to snapshot user and personal files from the current (non-functional) Windows environment, restore the most current backup, and then copy those snapshotted files into the new installation to catch the user up with the most current state of data, settings, and files you can provide. Anything more, and you’re wasting time chasing phantoms. Don’t let this happen to you!