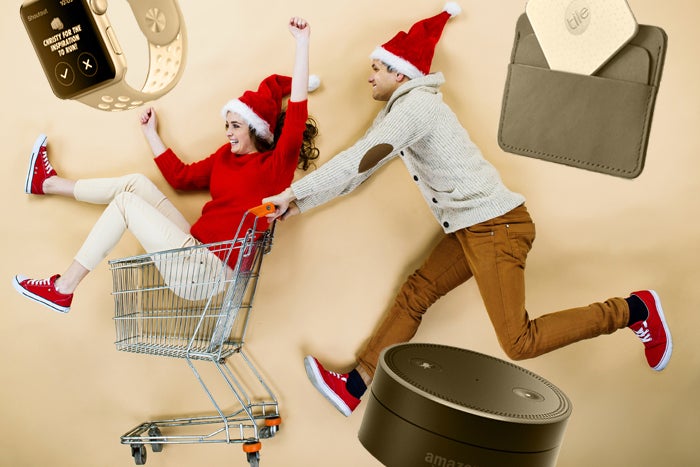 2016 is wrapping up and we saw a lot of tech gadgets come and go. I use and own most of these products (and paid for them out of my own pocket), but not all are great. Here is my list of some of the hits, misses and “meh” products of 2016.

If you are already an Apple Watch user, then the Apple Watch 2 upgrade can be skipped depending on what your needs are. Two major improvements include waterproofing, which allows you to wear the watch during activities like swimming, and GPS, which is good news for runners. That said, dedicated trackers like Fitbit are far better than Apple Watch when it comes to tracking physical activities. Other than that, from an experience point of view, I didn’t see any value in upgrading to Apple Watch 2. It’s a ‘good’ product, almost at the borderline of meh. I upgraded mine because I love to play with the latest toys. You can skip it.

[ Also on CIO.com: How to save on mobile plans: Your guide to 16 no-contract carriers ]

I upgraded my iPhone 6s Plus to iPhone 7 Plus, partly because I am on T-Mobile’s Jump On Demand (JoD) program that allows me to upgrade to own 3 phones a year. I didn’t much mind the lack of 3.5 mm jack, except on one occasion when I forgot my adapter and had to use Bluetooth, which drained the battery faster. That said, I wish Apple used a USB Type-C connector, instead of forcing their own proprietary Lightning port, especially because macOS is moving to USB Type-C and it’s becoming a mess to manage connectors within the Apple ecosystem. After using the dual lens for a while, I found gimmicky: the bokeh is created by software and looks artificial. The only thing that I really liked about the phone is the fully waterproof body. But if it were not for JoD and my enthusiasm for new toys, I would not have upgraded to iPhone 7. I put it in the meh category.

I have been playing with Pixel for a while now and I really like what Google is doing with their own hardware that offers a pure Android experience. I loved the fully open ecosystem, as compared to iOS. I also liked that USB Type-C is a standard port that allows me to use the same cables across devices.  I like everything about Pixel, other than the camera, which doesn’t seem to be as sharp as the one on iPhone 7. But as a DSLR user, I don’t buy a phone for the camera. Others may complain it’s expensive. Yes, good hardware doesn’t grow on trees. I don’t mind spending $800 on an open source-based phone that offers an open app ecosystem. In my opinion, it’s a great product.

It’s a nice upgrade that was long overdue. I am not a huge fan of the touchscreen on a laptop so I don’t mind the lack of touchscreen on the latest Macbooks. While I do agree that there could have been a 32 GB RAM version, I really like the touchbar that extends the functionalities of applications without having to resort to a touchscreen. I will be upgrading my MacBook Pro, but I may wait for another generation as my 2013 MacBook Pro is still going strong. In my opinion, the new MacBook Pro is a nice upgrade, could have been better but still good.

We finally have the smart virtual assistant we all needed. With Google Home, Google has beaten both Amazon Alexa and Apple Siri when it comes to machine learning and artificial intelligence. I wrote a detailed review of Google Home full of praises for the device. In my opinion, this is one of the best products of the year.

An iPad by any other name is just an iPad. Sorry, Tim Cook, iPad is not a laptop replacement. I bought my iPad Pro (12”) under T-Mobile’s Jump on Demand program and switched to the 9.7” version as soon as it was out. I tried my best, bought every possible keyboard for it, but thanks to the crippled operating system and lack of support for true multitasking and mouse, iPad has remained what it was on day one: a media consumption device and a casual eBook reader. That $800+ price tag is not worth it. Next time I will get a cheaper version of the iPad. My verdict: meh product.

Sony has finally made virtual reality a household experience thanks to its PlayStation VR. Among its competitors Oculus Rift, HTC Vive and Microsoft Hololens, PlayStation VR is the most affordable and the least geeky product. It doesn’t require a PC in the living room for a VR experience, all you need is a PlayStation 4. On top of that, Sony already has a huge range of content for VR, including Sony Vue, which is a complete ‘cable TV’ experience without any cable TV. What I like the most is having a 226” virtual screen to enjoy movies like Interstellar.  A super-duper hit product of the year.

Initially, I was super stoked about AirPods and decided to buy them when they were out, but then Google Home happened. Google Home has proven how far behind Apple Siri is when it comes to virtual assistance. Let alone ‘smartness’ (or lack of it) of Siri to answer complicated questions and understanding content; it can’t even connect to services like YouTube to listen to a wide range of music. I will still buy AirPods; I have already ordered them and they will arrive in January, but I am not super excited about them, thanks to Siri. It’s a great concept, great hardware, but once again, software remains Apple’s weakness and that’s what puts AirPods into the ‘meh’ category.

This was the most disastrous product of the year. The device ruined the holiday season for Samsung and Android fans. The phone’s tendency to explode and catch fire led to the complete ban and discontinuation of the device. That said, I am not that sympathetic to Samsung as they have bastardized Android. Instead of offering a vanilla Android experience, Samsung ruined everything that was great about Android. I had a look at the Galaxy Note 7 at a store and almost decided to buy it, then recalled that I used to own a Samsung Galaxy Tab 10.1 and Samsung Galaxy Phone 4, and both devices left a bad taste in my mouth. Even if Note 7 was not catching fire I would have placed it in the meh category as it’s a meh product until Samsung offers a pure Android experience. I would choose a Pixel over a Galaxy device any given day.

Dell XPS 13 (Kaby Lake) is the best laptop a Linux user can buy. It’s a good looking, slim and sturdy laptop that comes with Ubuntu Linux pre-installed. You can install any distro of your choice without worrying about the warranty. It’s a super hit product of the year.