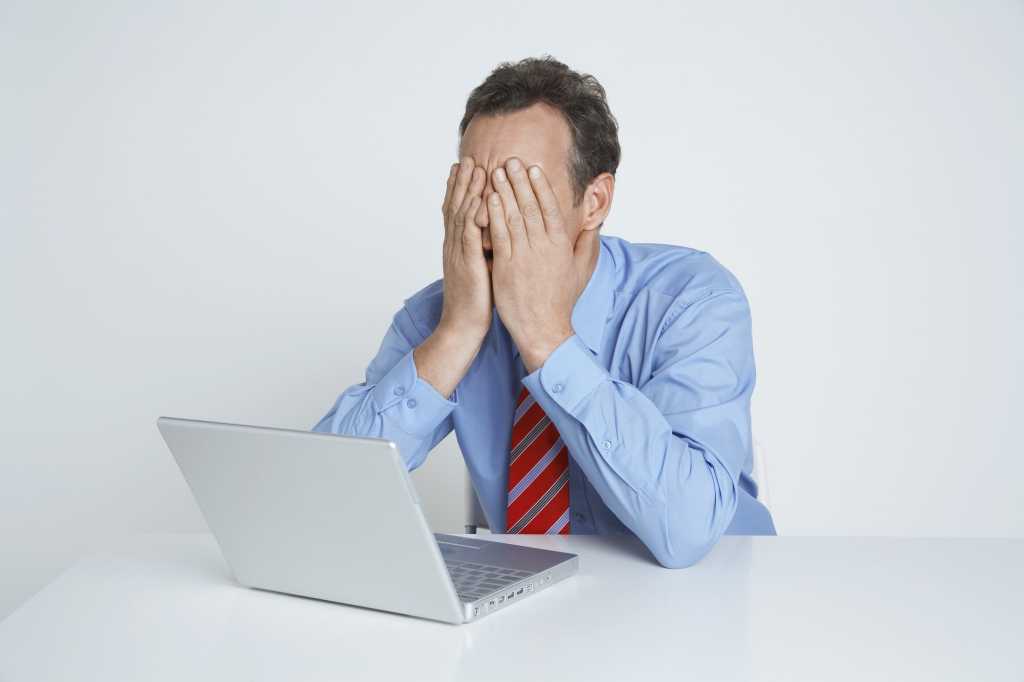 Imagine if Twitter was offline for an entire day. Sure, some might be happy for the break, but the uproar that would greet a day with no access to the internet’s public square would no doubt be loud and angry.

Within the federal government, however, seeing collaboration, communication and database applications go offline for a day or longer is commonplace, a new survey has found.

[ Related: Not dead yet: 7 of the oldest federal IT systems still wheezing away ]

Riverbed Technology partnered with the Government Business Council to ask 336 government employees about the applications their agency provides, an area that has been undergoing rapid evolution as federal CIOs have been scrambling to update legacy systems in response to an array of executive directives and rising expectations for government services.

It’s not that there aren’t generally deployed mechanisms for reporting outages. Seventy percent of respondents say that their agency has a clearly defined procedure for reporting malfunctioning applications, but 32 percent of the federal workers polled say that it takes at least a day for their agency to fix a nonworking app.

Unsurprisingly, those performance issues translate into high levels of frustration with the government’s IT operations, with 98 percent of respondents saying that performance outages adversely affect their productivity, and a significant majority expressing skepticism about the government’s ability to successfully undertake major new initiatives, such as the 2020 U.S. Census. More than 40 percent of respondents express frustration at finicky apps once a day or even more frequently.

“The net of that is 80 percent of them have doubts about government’s ability to support digital transformation or migration to the cloud, because they don’t think the government has invested in the tools or the training to support these big government initiatives,” Davis Johnson, vice president of Riverbed’s public sector division and a co-author of the report, tells CIO.com in a phone interview.

Government haste to get to the cloud causing app headaches

Respondents identify application speeds and load time, as well as crashes and freezes, as the chief sources of IT frustration within their agencies, and report that collaboration apps give them the most headaches.

Johnson attributes some of the faltering applications simply to the government’s haste to get to the cloud and digitize processes and applications. The feds, hardly known for moving swiftly, have in fact been setting up cloud computing deployments faster than many observers anticipated. That has led to some bullish predictions for future growth. IDC analyst Shawn McCarthy published a report in February projecting that 8.5 percent of federal IT spending would go to cloud computing in fiscal 2016, and forecasting that that proportion would balloon to 50 percent by 2018.

That’s not Riverbed’s prediction, to be sure, but Johnson does observe that in their rush to move to the cloud, federal IT shops haven’t always tended to the basic blocking and tackling that is required to ensure that the network is capable of supporting a new class of data-heavy applications.

“The government, and not just government — everyone, large commercial enterprises as well — are rapidly moving toward digital transformation or moving applications to the cloud. So you have these really bandwidth-intensive applications that are being asked to deliver more,” he says. “Look at the network outside the data center — it hasn’t kept up.”

Riverbed stresses the importance of performance management in the government IT environment, suggesting that the CIO’s role will become increasingly critical to ensuring a quality user experience as more applications get farmed out to third-party vendors.

“The role of the office of CIO becomes more and more embedded in performance management,” Johnson says. “If things in the cloud aren’t working, they’re going to call the CIO, so they’re still the intermediary.”

[ Related: How federal CIOs will navigate the presidential transition ]

Respondents offer a variety of explanations for the middling quality of government applications, citing budget limitations, shortfalls in leadership on IT issues and a lack of technical expertise within the agency. Eighty percent of respondents say that their IT operations could benefit from more in-house training and resources.

Johnson also points out that not all agencies are at the same level in terms of the network upgrades seen as key to smooth application performance.

“The government agencies who have a large overseas footprint have invested more heavily in the network performance footprint at least because they have to by design,” he says, referring to the State Department and the military and intelligence agencies. “In those types of agencies, the network is the mission.”