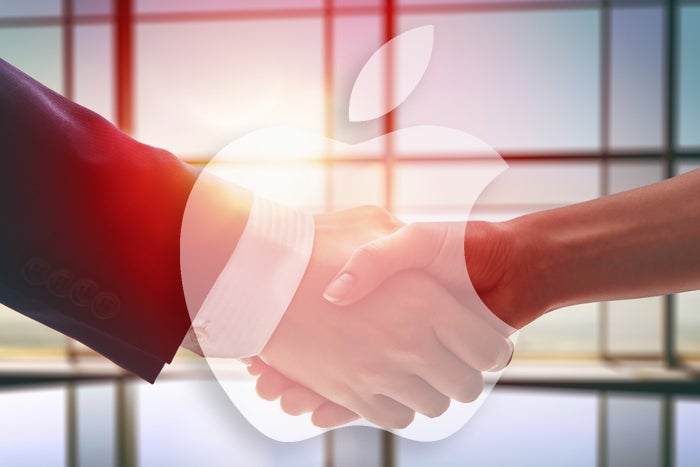 The late Apple CEO Steve Jobs Apple was notorious for taking a hard line against enterprises, which he suggested were bureaucracies who (do we say who in reference to a business?) struggled to make decisions. The reticence to play nice with enterprises didn’t endear Apple to CIOs, who need to manage fleets of iPhones and iPads. “Apple has never, at least until recently, embraced corporations and embraced the enterprise,” Stuart Appley, former CIO of Shorenstein, told CIO.com in 2015. “They’re a consumer-first company.”

That began to change in 2011 under new CEO Tim Cook, who has been praised for his willingness to work with corporations. Ironically, Apple’s success with consumers in the mobile device market make their manageability in the enterprise so vital today, as the iPhone and iPad almost single-handedly spurred consumerization. Employees have forced companies to initiate bring-your-own-device (BYOD) policies.

With these consumers/employees holding onto phones and tablets for several years rather than refreshing them every time a new device launches, Apple is “feeling the heat on sales” and must cut deals with vendors to improve its penetration with corporate customers, says Jack Gold, founder of J. Gold Associates research firm. “Apple didn’t drive it, they were pulled along and faced bigger pressure to do the deals,” Gold says.

[ Related: Apple predicts growth in near term despite down year ]

Gold says software makers and solution providers struggling with BYOD have increased the pressure on Apple to make their software run better on iOS devices. Apple, in turn, can no longer afford to remain aloof to the overtures from enterprise vendors. Call it a marriage of necessity. “It’s being forced on them by enterprises who require security and manageability,” Gold says. CIO.com highlights the corporate deals that are making Apple more friendly to CIOs who required simplified management solutions.

In a landmark mobility deal, Apple in 2014 agreed to work with IBM cloud and analytics software ran on iPhones and iPads. While some initially derided this as a vaporware deal designed to grab headlines, the companies proved pundits wrong over the next 18 months, releasing 100 iOS apps for industries such as financial services, energy and retail. Gold says the deal epitomizes how “democratization,” or consumerization has forced enterprises to do what their customers wanted for a change.

Underscoring how Apple’s enterprise deals had begun to pay off, CEO Cook said during an October 2015 earnings call that the enterprise market was generating $25 billion in revenue for the company, up 40 percent over the same period last year. Emboldened by this success, Apple accelerated its corporate deal-making, inking agreements with Box, ServiceMax and DocuSign. In December 2015, Cook joined Cisco Systems Executive Chairman John Chambers on stage at a Cisco conference to announce that the two companies would partner to enable enterprises to give their most important iOS apps priority.

The true nature of the deal was revealed in September, in which iOS 10 was integrated with an updated version of Cisco’s Wi-Fi router protocols to let businesses prioritize enterprise traffic, business apps and communications on corporate iOS devices. More than 30 customers, including telecommunications firms BT Group, Deutsche Telecom and KDDI, tested the enhanced Cisco capabilities in early field trials.

In May 2016, Apple and SAP unveiled a wide-ranging deal to develop more native iOS apps, as well as an SDK for SAP’s HANA cloud platform, together. The agreement also includes a plan to establish a new “SAP Academy for iOS,” where SAP customers and partners can meet to design apps for iPhones and iPads and received training. Apple CEO Tim Cook praised SAP and called it a leader in enterprise software. “With 76 percent of business transactions touching an SAP system, SAP is the ideal partner to help us truly transform how businesses around the world are run on iPhone and iPad,” Cook said.

Apple teamed up with Deloitte in September in what could be Apple’s biggest enterprise pact since IBM. Deloitte agreed to create a consultancy comprising more than 5,000 strategic advisors, including iOS architects, developers and designers, to help businesses improve operations in retail, field services, recruiting, research and development, supply chain management and back-office systems.

While IT administrators have been able to centrally configure and monitor iPhones and iPads using third-party mobile device management products since the release of iOS 4, they still had to enroll their devices with Apple and then activate workplace mobile device management themselves. Finally recognizing that managing fleets of Apple devices was a chore for CIOs, Apple in 2014 rolled out the Device Enrollment Program, which allows IT pros to automate deployment of iOS and OS X devices with preset MDM configurations.