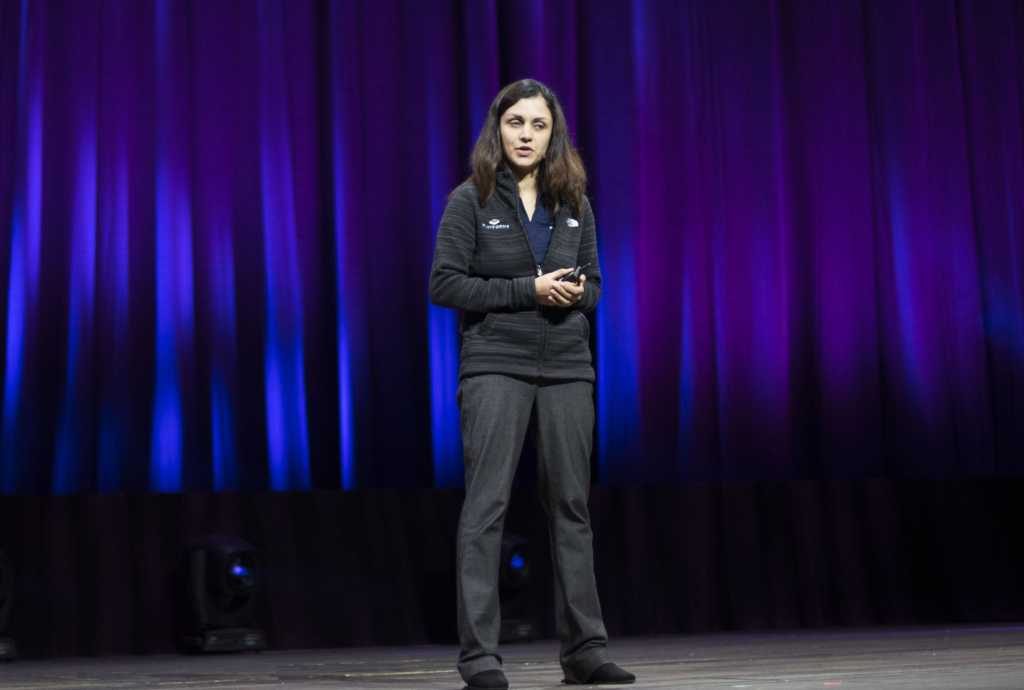 Madhura Maskasky is the co-founder of infrastructure startup Platform9. I met Maskasky at the OpenStack Summit 2016 in Barcelona where she gave a very impressive demo of fully open source technology developed by the company. We talked about how she got interested in technology, what led to the creation of Platform9 and what role open source plays in the modern IT infrastructure. Here is an edited version of that interview.

Can you tell us more about yourself?

I am one of the co-founders and Vice President of Product at Platform9. Before starting Platform9, I spent several years at VMware, where I worked as a tech lead and architect. Prior to that I was with Oracle, which was my first job. There I worked as part of the database team, which was also my specialization during when I did my Master’s at Stanford.

Let’s revisit your past. When did your interest in technology begin?

I grew up in Maharashtra in Pune (India). My interest in technology grew when I joined an engineering college after completing 12th grade. I joined computer science because it was a very popular topic at that time and many students were opting for it, and not because I was interested in it!

After joining college I started taking a C++ programming class after college hours. Once again, I did it because a lot of my friends were also taking the class and it was a really popular local class for those who were aware of it. The professor who taught it was a very well-known professor in Pune. He ran the class from his garage at nighttime. He did such a fantastic job of instilling the core principles of C and C++ that I grew interested in technology and that’s how it started.

When was the seed of Platform9 planted?

When I was working at VMware, we came across some customers who were trying to replicate what Amazon Web Services was starting to offer at that time. That’s really where we saw a need for a product such as Platform9, to help such customers. That’s where the idea behind the company originated.

Why did you choose open source as a development model? What market forces inspired you to go with open source?

We realized early on that open source was a major change going on in the industry and those who wouldn’t align with it will be missing out on a massive opportunity.

In 2006, when Amazon kind of invented the public cloud with AWS (Amazon Web Services), it set a very high bar for what consumption of infrastructure should look like. VMware and other companies operating in the NFV (network function virtualization) space started feeling the side-effect of that: customers now wanted to recreate the AWS experience using their own infrastructure. But they were facing a lot of challenges because they did not have the right expertise, et cetera.

Another significant trend was going on at that time was the massive transition from Windows-only customers to large Linux environments, large open source environments.

Docker was in its early stages but containers were starting to pick up traction. OpenStack was, I would say in its mid-way of popularity. What started to become clear was: a) Linux is really eating the world; b) All the new innovation and technology, at least enterprise infrastructure technology, was happening in the open source space.

We believed that this trend was only going to continue and amplify in the future, which means gone are the days of using pure proprietary stack in the enterprise space. We wanted to align strongly with that trend. That was the primary reason behind starting to align with open source and looking into the right set of technologies that would help customers achieve some of those goals.

What problem were you trying to solve with Platform 9?

The core problem was that enterprises were failing as they were trying to create a private cloud equivalent of the AWS cloud. One of the failure points was large customers’ reluctance to upgrade to the most recent version of software that could have solved their problem. To be fair, their concerns were valid. The software upgrade process is challenging; it almost always results in downtime, loss of productivity and revenues. Due to this, customers choose not to upgrade in most cases, they upgrade only when it is absolutely needed.

To me it’s a failure for a technology company. If all the innovation that the developers put in release after release, year after year does not even reach your customers then you’ve failed as a tech company. That was really the core of where we started realizing that this is a real pain-point. Especially when you’re comparing against public cloud, this kind of experience is just never going to survive. Customers will get fed up and move to a public cloud model. We needed to create something that could match the public cloud experience.

That’s where we realized that the only way to match that experience is by delivering software-as-a-service. We wanted to be able to deliver updates to customers multiple times a day without, without them even realizing it. They keep consuming their infrastructure like they would consume a public cloud, with all the benefits of their own private data centers and servers and storage. Platform9 was created to solve those problems for customers.

How do you see the evolution of Platform9 in the future?

Platform9 is really becoming an open-source-as-a-service company. We started with OpenStack-as-a-service, and then added Kubernetes-as-a-service. That allows us to provide the choice of services around technologies that the customer needs.

Our research team has some really exciting stuff cooking in the lab. We’re building interesting things in an entirely open source framework so expect some announcements from us on that over the next few months.