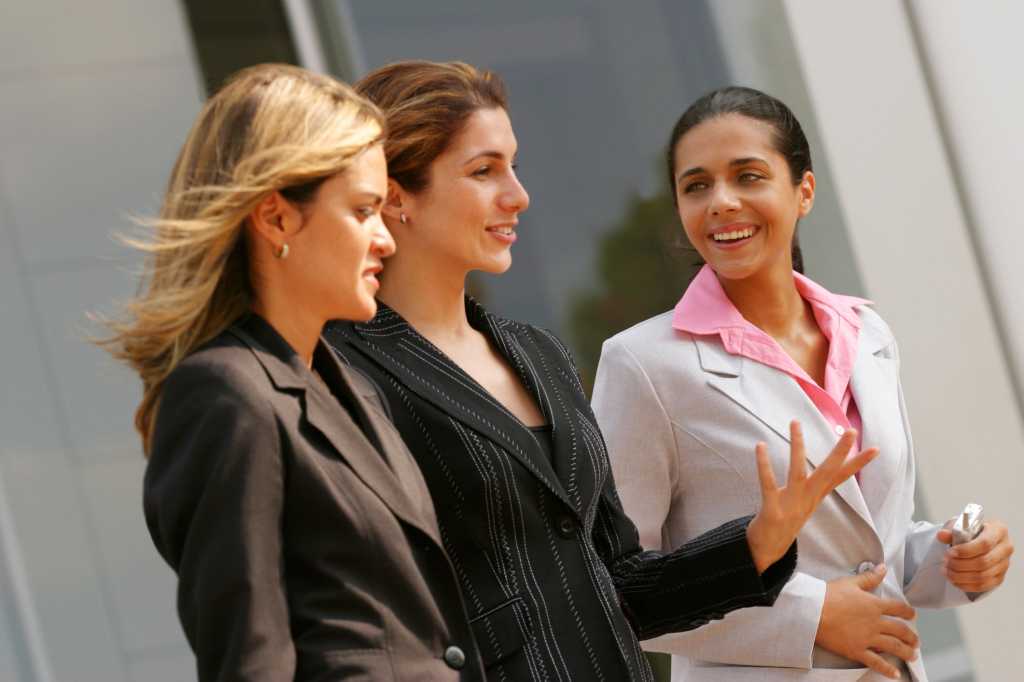 Men hold the overwhelming majority of positions in IT leadership, where women fill less than 20 percent of CIO roles at top-performing companies. The lack of diversity remains a thorny issue heading into 2017 and the numbers are unlikely to improve markedly, a painful failing for corporate boards starving for diverse C-suites. But there is a silver lining, if you can call it that: Experts say some women working for increasingly digitally focused companies are choosing leadership roles outside of IT.

In an effort to bolster gender diversity in the C-suite, corporate boards are asking executive recruiters to “scour the universe” for female candidates, says Gerry McNamara, global managing director of the information officers practice at Korn/Ferry International.

“Most managers understand that ethnically and gender-diverse talent means diversity of thought and they want to make sure that they have a team that is thinking broadly,” McNamara says. However, McNamara also says the effort is challenging because the number of male CIOs candidates is significantly higher than female candidates.

The spotlight on the diversity challenge have never been brighter. In recent years, statistics released by Apple, Google, Facebook and other tech companies detailing poor workplace diversity have become a sore spot. Gender diversity issues are particularly acute in the C-suite. A Korn/Ferry analysis of top 1,000 performing companies by revenue found that women currently fill only 24 percent of prominent C-Suite titles, such as CEO, CFO, CIO and CMO. The poll also revealed that only 19 percent of CIOs are female.

Focus that lens on the Fortune 500 and the female CIO count is even smaller. Last year, 87 of the Fortune 500 had female CIOs, or 17.4 percent, according to Sharon Gillenwater, founder and editor in chief of C-suite marketing consultancy Boardroom Insiders. As of November 1, the number dropped to 75, or just 15 percent. And while 20 percent of Fortune 100 companies have women CIOs in 2016, the number is down from 24 percent in 2015, Gillenwater says.

[ Related: Battling gender bias in IT ]

The numbers are as overwhelming as they are unsurprising. Korn/Ferry’s McNamara says gender diversity in the C-suite, particularly for technology managers, is a systemic issue he’s seen since he began his executive recruiting career at Heidrick & Struggles in 1995. One of the reasons is that IT still suffers from the perception problem: Most people still view the CIO as some guy with a computer science background who manages servers. The male-dominated culture, portrayed in television shows such as the AMC series “Halt and Catch Fire,” can be unappealing to women.

It needn’t be this way, says McNamara, who notes that the CIO role has evolved beyond the data center to become more focused on driving business transformations and customer-facing initiatives. The digital era is characterized by on-demand services and the democratization of mobile and cloud computing. Two decades ago most corporate computers were sealed in air-conditioned rooms. Today consumers walk around with smartphones in their pockets and order products and services from the likes of Amazon.com and Uber.

McNamara says that while a technical background helps, many successful CIOs today are smart, high-performing leaders who can manage complex, large-budget projects and deliver them on time. “The path for CIOs used to be development, infrastructure, architecture and over time you’d become a candidate for a CIO role,” McNamara says. “But you don’t need to [follow] that path anymore. There are a number of CIOs who aren’t technical but are great leaders.”

Women’s leadership choices extending beyond IT

But here’s another truth: There are also a number of women for whom the CIO role is simply not as attractive as other emerging functions. The proliferation of digital transformations has given rise to several prominent, high-level positions for strong female leaders. Witness GE’s Beth Comstock, who after introducing lean startup principles at the industrial manufacturer while serving as CMO, was promoted to vice chair of business innovations, where she focuses on business model transformation. And some top-performing women CIOs, including GE’s Jamie Miller, Deutsche Bank’s Kim Hammonds and Intel’s Kim Stevenson, have been promoted to other roles within their organizations.

“Maybe the CIO role is not the ultimate choice for women who can pick and choose where they go,” says Gillenwater, of Boardroom Insiders.

Whether women who assume leadership roles outside of IT return to become CIOs in the future remains a question. But corporate boards are keenly interested in instituting more diversity in their C-suites because of empirical evidence that diversity tends to engender greater profitability. In February, the Peterson Institute for International Economics and EY found that companies with at least 30 percent women in leadership roles may boost their net profit margins by 15 percent compared to those with no female leaders.

There is no easy path to solving the gender diversity problem, though Nunno says the greater awareness Silicon Valley companies have brought to diversity can help. For instance, she says that recent controversies about unequal pay have forced Silicon Valley companies to review and compare salaries of women and men. “This could force companies to look more objectively at how people are performing and have a much broader discussion on who they’re looking at as potential leaders,” Nunno says.