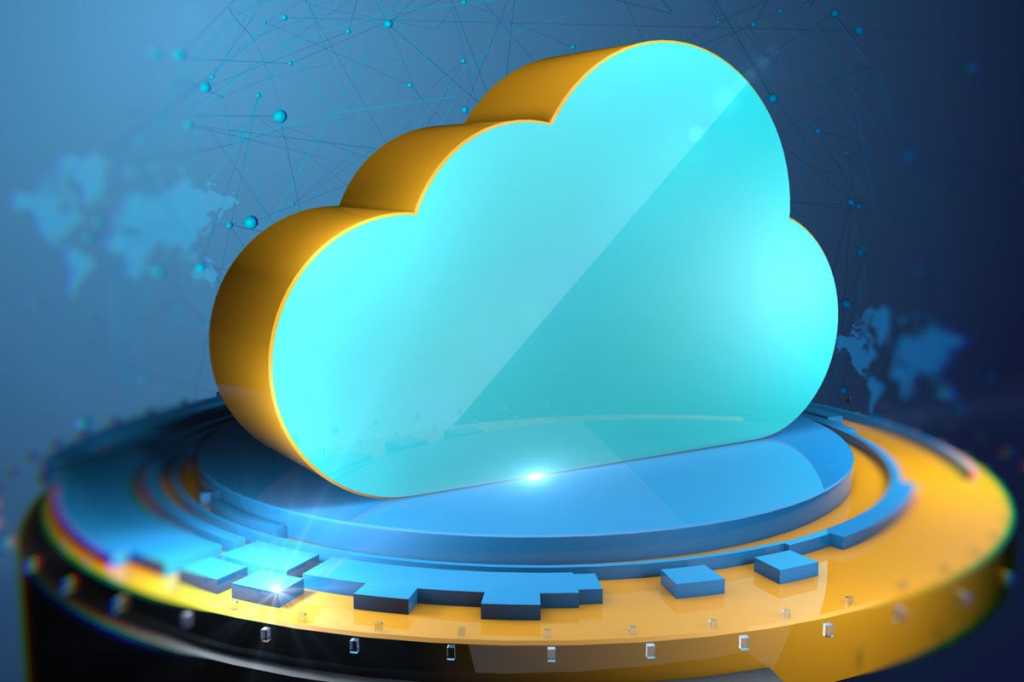 Adversity makes strange bedfellows, and in the case of VMware — a company that has made its fortune selling server virtualization software — that bedfellow is Amazon Web Services (AWS), the  public cloud leviathan.

Let’s rewind to the middle of October, when Mark Lohmeyer, a VMware cloud business unit vice president,  announced that the company was forming a strategic partnership with AWS so that VMware’s server virtualization and other software could be run in the AWS public cloud. The idea is that VMware customers using the company’s software to run a private cloud in their own data centers will be able to expand into a similar VMware infrastructure run in AWS’s public cloud, thereby forming a VMware-based hybrid cloud. The VMware software (called vCenter) used by company administrators to manage the private cloud will reach into the AWS cloud to manage the VMware software running there as well.

What’s strange about this is that the idea of a hybrid cloud is not even remotely new. In fact, it’s an idea that VMware itself has tried hard to make a reality. To that end the company announced, to some fanfare, the creation of its own public cloud as long ago as 2008. Originally called vCloud, it finally saw the light of day as vCloud Hybrid Service in 2013, before being rebranded as vCloud Air the following year.

vCloud Air has found some success, and is offered from a handful of data centers in the United States as well as sites in the U.K., Germany, Japan and Australia. But VMware’s public cloud has hardly set the world on fire.

To understand why vCloud Air hasn’t been adopted with the enthusiasm that VMware may have hoped for, we have to look back to VMware’s roots as a server virtualization company. Over the years, server virtualization has become more common, cheaper and easier — thanks in part to the arrival of Microsoft’s Hyper-V hypervisor built into its Windows Server products, as well as open source server virtualization solutions based on software such as KVM and Xen.

With server virtualization software itself becoming something of a commodity, VMware pursued a strategy of expanding into cloud software (which is closely related) — hence the move to establish vCloud Air as VMware’s public cloud.

[ Also on CIO.com: IBM cloud chief: The next phase of cloud is a race to add value ]

Put simply, AWS and Azure are specialist public clouds and VMware can’t compete with them in terms of the services they offer, the number of geographic locations from which they operate, and thanks to economies of scale it is hard to imagine it can come close to competing with them in terms of cost efficiency. That’s certainly the view of Rich Finlay, an AWS practice manager at Softchoice, a Canada-based technology solutions provider. “Customers are demanding a lot more than just a virtualization platform, and that’s why they are embracing AWS and Azure,” he says.

Finlay believes that customers are caught between the desire to use the “full service” public clouds offered by AWS and Azure and the need to leverage the skills and expertise they have built up using VMware environments as well as the investments they have made in VMware’s software. “Customers understand VMware, so if they can use it in AWS, and access the extra services (which aren’t available in vCloud Air) then that is bound to be of interest to VMware customers,” he says.

VMware, for its part, seems happy to acknowledge that its customers can get more from an AWS cloud running VMware software than they can from vCloud Air. “Previously customers were forced to choose between having a private could on-prem – but not having the benefits of AWS, or having the amazing things in AWS but then they couldn’t take advantage of VMware. They told us they wanted both,” says VMware’s Mark Lohmeyer.

[ Also on CIO.com: To the cloud! Real-world container migrations ]

He goes on to explain that customers using VMware infrastructure in AWS will continue to be VMware customers, and will be billed by VMware. But they will be able to connect to any of the 80+ AWS cloud services as well, which they would access as AWS customers, and pay AWS accordingly.  Customers would therefore manage their VMware infrastructure via a VMware console — vCenter — and their AWS services from an AWS console. But in the future VMware aims to bring the management of the two environments together on a single console, says Lohmeyer.

There’s also a sense that by joining forces with AWS the company is drinking at the last-chance cloud saloon. That’s because enterprises are increasingly dropping long-held objections to using the public cloud — for example for security or compliance reasons — so there is less and less reason to think about servers or, by extension, virtualized servers.  Instead, IT departments are encouraged to think about computer resources waiting for them in the cloud. (It’s certainly true that those cloud computer resources are themselves virtualized servers, but Amazon uses Xen rather than VMware software for that.)

That kind of thinking is dangerous for VMware, says Finlay. “Longer term, VMware certainly faces a challenge: if companies are abstracting away from virtual machines, VMware has to find some play there. If they can get their customers onto this (AWS-based) solution, it has something to work with in the future.”

In fact, VMware is unlikely to restrict itself to a partnership with AWS, and Lohmeyer confirms that: “Customers should have the freedom to choose the cloud that’s right for them.  We will do different things with different partners, using a wide range of (public) clouds.”

[ Also on CIO.com: Inside a hyperscale data center (how different is it?) ]

The final part of the conundrum is why AWS would want to get into bed with VMware. What does AWS have to gain from promoting software that can be used to create private clouds?

“AWS has worked hard to get beyond its history of being popular with developers and startups and to build solutions for enterprises,” says Finlay. “So I think this is incremental: AWS has enterprise solutions, and this is just one more way for enterprises to use its platform. Its concern must be that if it doesn’t offer something like this then it will be harder for enterprises with a large investment in VMware software to use AWS.”

Andy Jassy, AWS’ CEO, echoes the last part of Finlay’s statement. “Our customers continue to ask us to make it easier for them to run their existing data center investments alongside AWS,” he said at the time of the partnership announcement.  “Most enterprises are already virtualized using VMware, and now with VMware Cloud on AWS, for the first time, it will be easy for customers to operate a consistent and seamless hybrid IT environment using their existing VMware tools on AWS.”

In other words, even though large enterprises like using VMware infrastructure, they evidently also like the sorts of public clouds that only specialists such as AWS can offer.

Next read this: The dirty dozen: 12 cloud security threats