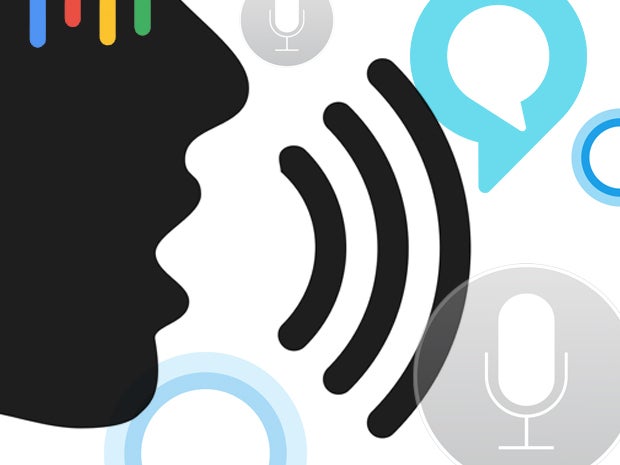 In 2017, some of these tools won’t make the cut while others will proliferate across consumer and enterprise sectors, creating new workflows, operational efficiencies and opportunities for improved customer service. The early signs that Amazon.com’s Alexa, though positioned as a home product, is poised to become the go-to platform for voice-based assistants for consumers and businesses. Wynn Hotels plans to equip nearly 5,000 rooms with Amazon.com’s Echo device, which will allow people to query Alexa for room and hotel information.

Alexa: Do my work for me

FedEx is using Amazon.com APIs to build an app that lets you ship packages by saying, “Alexa, I want to ship a package,” according to FedEx CIO Rob Carter. “When you think about the complexity of global shipping it’s quite an intense world,” Carter told CIO.com in November. “Our belief is that we can create ML and AI capabilities to ship complex things around the world and get the documentation just via a conversational approach.” Ideally, a FedEx worker could tell Alexa how much a package weighs and where they want it shipped rather than looking through long lists of commodity tables and commercial invoices.

Capital One plans to upgrade an app it built to allow customers to command Amazon.com’s Alexa virtual assistant to make payments and get answers to such queries as how much they spent at Starbucks the previous month, says Capital One CIO Rob Alexander. Alexander says he is also evaluating new Alexa development tools Amazon.com released, noting that Amazon.com has also made some enhancements to its public cloud infrastructure that make it easier for businesses to build ML models.

Like most enterprises, Capital One is thinking beyond the chatbot and assistant tools, hoping to harness machine learning (ML) to improve back-office processes and systems performance, as well as fraud detection. “Our business is so data intensive and so rich with points at which you’re making decisions where adding more intelligence to those decisions and refining them through more data and sophisticated algorithms has a lot of potential,” Alexander said.

Beyond the world of Amazon.com’s Alexa, artificial intelligence (AI) and ML technologies are empowering a smarter breed of CRM. Startups such as Conversica and Dynamic Yield have raised millions of dollars in funding on the promise of AI tools that improve the relevance of sales leads and personalize offers for customers.

Are AI, ML taking over CRM?

Companies such as Humana and Aetna are using AI software to tackle the age-old challenge of training thousands of customer service workers to be professional and compassionate in the face of angry and emotional consumers. The software, from Cogito, appears as a messaging window and texts service reps cues such as whether they are speaking too quickly or interrupting callers. Think of it as real-time customer sensitivity training — but from a chatbot, backed by cloud software that analyzes the tone, pitch and speed of speech.

“By making that change in a call you create a much better conversation experience for the customer,” says Cogito CEO Joshua Feast. “What we’re trying to do is help humans and phone professionals to better manage social signals transmitted back and forth in a conversation,” Feast says. The software also checks an important box of AI that enables human augmentation rather than replacement, a major concern in the burgeoning era of machine automation.

Meanwhile, companies such as cloud analytics company Boxever are setting their sights on closing the loop between operational performance and CRM. Boxeever is using ML and data to improve customer service in airline travel. For example, if an airline loses a passenger’s bag, Boxever will note the miscue and prompt the airline to notify the passenger via a chatbot, says CEO Dave O’Flanagan.

It will also prompt cabin crew attendants to offer the passenger a business-class upgrade for their next flight. The software also uses neural networks to select what airline offers to email customers, based on their profile preferences. If customer doesn’t respond to a certain type of offer Boxever will make alternative suggestions in future email prompts. In 2017, O’Flanagan says the challenge for Boxever and other CRM players leveraging AI and ML is figuring out customer intent. “Whoever cracks that will be able to respond to customers in a more empathetic way,” O’Flanagan says.

AI closer but still so far away

Now for the sobering part. While conversational AI and virtual assistants can automate a great deal of tasks, there are several hurdles to clear, as Facebook CEO Mark Zuckerberg learned himself after building Jarvis, a virtual assistant he hacked together to automate manual tasks in his home, such as switching lights off and on and playing music.

Zuckerberg, who chronicled how he used natural language processing, face recognition and speech recognition software for Jarvis, noted that while he built a decent assistant that he wouldn’t be able to build a system that could learn completely new skills on its own unless he made some “fundamental breakthrough in the state of AI along the way.”

“In a way, AI is both closer and farther off than we imagine,” Zuckerberg wrote. “AI is closer to being able to do more powerful things than most people expect — driving cars, curing diseases, discovering planets, understanding media. Those will each have a great impact on the world, but we’re still figuring out what real intelligence is.”