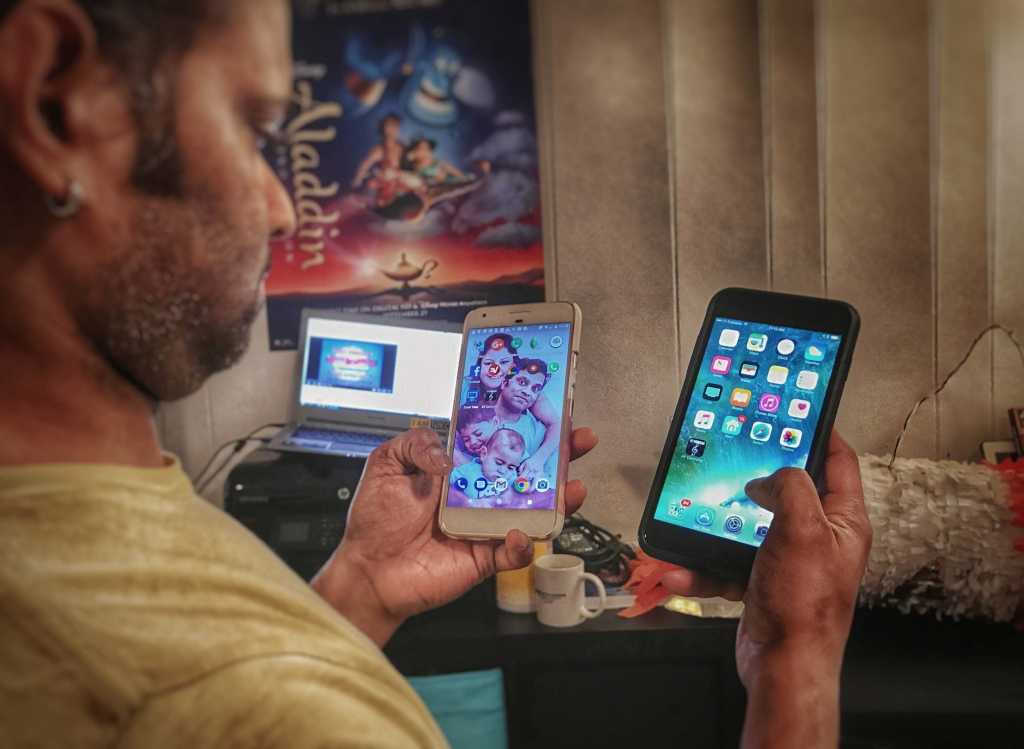 I had been an Android user (a Nexus user, to be precise) since day one of my smartphone journey. I avoided the iPhone due to Apple’s tight-fisted control over hardware and software. But in 2015, when T-Mobile announced the Jump on Demand program, I jumped on the iPhone bandwagon and bought my first iPhone knowing that I could switch to up to three new devices in a year.

There were a lot of things in the iPhone 6S Plus (find it on Amazon) that I loved, including the camera (especially the burst shots feature).

I also liked the family sharing of purchased applications, games, movies, music, TV shows and eBooks. I ended up moving my wife, our au-pair and my son to iPhone because at that time Google didn’t offer a family sharing plan. Instead of buying the same content four times for each device, I could buy once and share across those users.

[ iPhone 7 Plus review: The dual-lens camera makes it a winner ]

What I liked most was that my iOS devices OS updates immediately, and all at the same time. That contrasted with Nexus where some of my devices would get over the air (OTA) updates a few days after Google announced them and some would not get them for weeks. And the update situation was worse for my wife and other family members who used Samsung and Motorola devices. These devices would not see OS updates for another year or so after they were released.

And then there was the vendor lock within Android. Samsung offers apps for its Smart TV or other devices only for Galaxy phones. Our Nexus and Motorola devices, despite running Android, would not run those apps.

Sticking to iPhone was a no-brainer and as soon as Apple released iPhone 7 Plus (find it on Amazon), I pre-ordered it via the T-Mobile Jump on Demand program.

By that time I had lost interest in Android and also bought the iPad Pro. My Nexus devices started to collect dust. I had become an iOS user.

When Google announced Pixel phones, killing the Nexus family, I had zero excitement; I was a happy iPhone user.

During a recent tech conference, I played with the Pixel Phone of fellow journalist Frederic Lardinois who writes for TechCrunch. After using not Android for so long, I realized all that I was missing. At that time Pixel was out of stock, so I asked Google and they were kind enough to send the 32 GB version of Pixel XL (find it on Amazon) for me to review.

I have been playing with the Pixel for a few weeks now and I find myself debating whether to go back to Android, stick with iOS or keep both.

[ The first things to do with your new Pixel phone ]

Camera: Initially I liked the iPhone 7 camera, but when I compared shots with my Nikon D750, I found that the tiny sensor and tiny lens on the iPhone were no match for my full format DSLR sensor and 50mm f/1.4 prime lens. There was no comparison between the sharpness, depth of field, color accuracy and overall quality of the images shot with my DSLR. If you are someone who never owned anything other than a cheap point and shoot camera, iPhone is good for you. But if you are really into photography, then don’t listen to any of those people who recommend iPhone over DSLR. Yes, you can get a few good shots in really perfect lighting conditions, but beyond that when you look back at your pictures you will regret not shooting them from your DSLR.

Family sharing: Without much fanfare, Google has brought family sharing to Android, allowing you to add up to five family members to your account. The only gripe I have is that unlike Apple, Google doesn’t offer any options for kids under 18, so while I can have my kids’ accounts on iOS devices, I can’t do the same on Android and I have to give access to my account, which is less than ideal.

OTA Updates: I am never going to buy a device that drifts away from stock Android (I am looking at you Samsung) and delays updates. While Nexus was a developer device, Pixels are great consumer devices that compete directly with iPhones. And Pixel will get updates as usual. So that’s not a deal breaker either.

AirPlay vs Google Cast: As much as I liked AirPlay, Apple’s tight control over the protocol has left me with very few devices that work with AirPlay. With Chromecast, however, I can turn any great speaker into a smart speaker.

Sharing is easier: Both iOS and Android offer sandboxing, restricting applications within the permissions you have given them. But it’s more annoying and frustrating to share content across applications in iOS. For example, you can’t directly upload images to your Dropbox folder from the photo app. You have to open the Dropbox app to upload images. On Android, once you install an app, you can access that app from anywhere. It’s very easy to work across apps on Android.

Backup and upload: If you want to keep a backup of your images and videos on Dropbox and Google Drive, iOS is going to make your life miserable. Apple fills up your space very quickly forcing you to buy iCloud storage. So you may want to keep a copy of your files on Dropbox or Google Drive. Even if you enable background upload, iOS pauses these apps after a certain time so your uploads will pause. You have to keep that app open in order for upload to work. Apple allows iCloud to keep uploading. It’s a heavy-handed approach that really annoys me. On Android, once you give an app permission for background upload, you can rest assured that all your files will be backed up.

Unlike many who find jumped into Apple’s ecosystem with both feet, it won’t be hard for me to switch because when I bought the iPhone I made a conscious decision to use only those apps and service that are not exclusive to iOS. The apps that I use are also available on Android so I can very easily jump ship.

Conclusion: After looking at all these points, I see no reason for sticking to the iPhone. Pixel has much more to offer. Looking at the open app ecosystem, ease of navigation, ease of sharing, the smartest virtual assistant, etc., switching to Pixel is a no brainer.

iPhone may have the retina display, but Google’s phone is Pixel perfect.