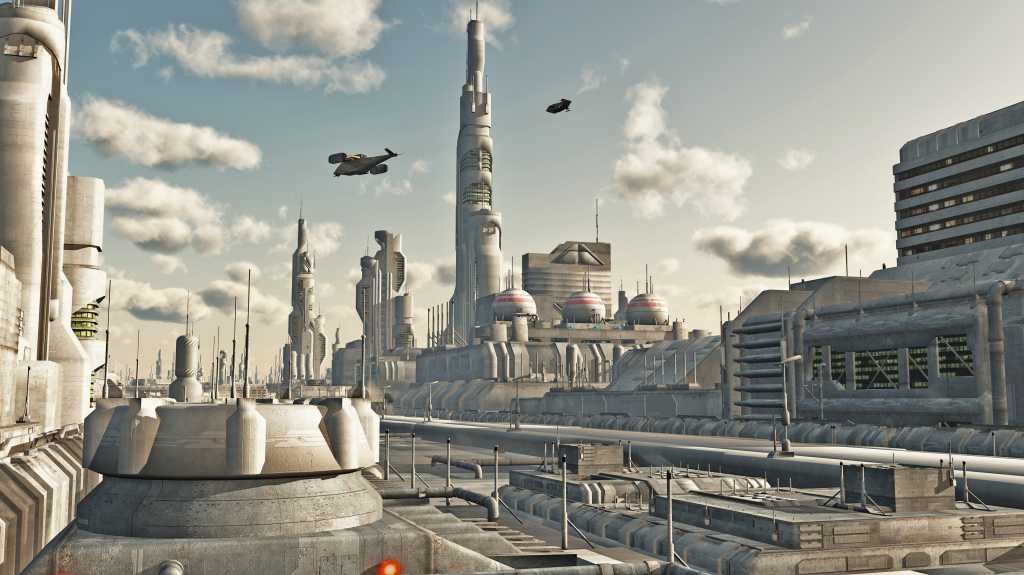 Last year, I flew to Calgary, Canada, to host an executive roundtable on behalf of Intel and two partner organizations. I got off the plane, pulled out my phone and opened my Uber app.

It has become my standard travel routine. Except this time, there were no Uber cars to be had—bylaw changes in 2015 forced the transportation company to cease operations. The fees imposed were too much, the company said.

One of the sponsoring vendor executives opened the meeting by asking, “What’s up with Calgary? Do you guys want to stay stuck in the past?”

+ Also on Network World: How to be a CTO in the age of digital disruption (and live to tell about it) +

The Calgary city council has since approved new bylaws that “make the city’s licensing fee structure more favourable for the company,” CBC News reported. And Uber is operating again in the city.

Calgary is not alone in pushing back against companies that disrupt the norm. All over the world, cities are struggling to cope with the impact that technology companies are having on local business, regulatory compliance and tax revenue.

Paris mayor Anne Hidalgo issued a battle cry after the unannounced launch of Amazon Prime’s same-day service within the city limits. The city of Anaheim, California, placed a moratorium on short-term rentals in an effort to protect their lucrative hotel industry from the encroachment of Airbnb.

Chicago has imposed a 9 percent “amusement” tax on Netflix and other streaming services—a move other cities across the country are now considering.

Until now, the story of digital disruption has been about new, fast-moving, technology-fueled start-ups dispensing with old, staid, afraid-to-change industry stalwarts.

It made for a dramatic storyline, but it was like watching a National Geographic special where the fast cheetah catches the old, tired and slow-moving zebra: thrilling, but not too surprising.

The fights breaking out between cities and tech companies, however, portends a darker, more complex story of digital disruption—and this story is just beginning.

The real face of digital disruption

While Uber, Airbnb, Netflix, Amazon and their many tech industry brethren may be disrupting industrial age industries, they are also having a broader impact as they transform the fundamental mechanisms by which society operates.

Oversight regulations, taxation and community development efforts have worked because there were physical and legal structures that bound a city to the organizations operating within it.

You couldn’t sustain meaningful operations somewhere without having physical roots there as well. That meant the city could regulate and tax you with relative ease.

The advent of digital technologies is now fundamentally changing that paradigm. Airbnb operates over 16,000 rooms in New York, but without any physical presence. Companies such as Uber and Netflix can serve massive segments of a local population using only their technology platforms.

It represents a fundamental disruption of the societal norm—and it’s leaving cities without an obvious way to adapt and compensate for their loss of control and revenue. So, in city after city, they have chosen instead to fight. But they will soon find themselves on the wrong side of history.

Real disruption: Coming soon to a location near you

Cities are the first to experience the true dissociative nature of digital disruption. It is not just about upending industries. Disruption—and the larger digital transformation story—is about the decoupling of the physical, legal and structural connections that have bound society together.

In the digital era, those connections can form, flow and change freely—often with little or no transactional cost.

The result is a world that looks and operates very differently than what we know—and most important, a world in which the old rules, operating paradigms and management models will no longer apply.

Our cities are the first to experience it as they grapple to understand how to regulate, tax and control technology platforms that are not bound to their municipalities in almost any way.

The changes we’re experiencing are significant. However, they are merely the opening salvo in what will be a tumultuous time of transformation affecting nearly every aspect of how we live and work.

Advanced technology platforms, primarily powered by various forms of artificial intelligence and machine learning, are accelerating this decoupling. The rise of autonomous vehicles threatens numerous industries, but it also will alter some fundamental ways in which society works.

In a world in which individuals do not own cars and in which they never actually park anywhere, the landscape of our cities and suburban neighborhoods—figuratively and literally—will change.

Gas taxes, earmarked (at least theoretically) for road development and improvement will evaporate with the dominance of electric vehicles. As commuting becomes more comfortable and less congested and automated delivery brings anything to our doors, how will it affect lifestyle choices and the resulting home and commercial real estate values?

And how will that affect things such as education and other public services that rely on the associated tax dollars?

The widespread ramifications of the dissociative nature of digital disruption will transform our way of life from a neat and orderly societal arrangement to one that is highly fluid and almost entirely disconnected from the local community.

Advanced technologies will repeat this effect across every industry and in almost every facet of society—and it will happen faster than any of us can imagine.

Our choice to make

Government institutions, companies and each of us individually have a simple choice to make: Will we embrace this future and endeavor to find our path forward or will we fight it?

In Calgary, only Councilman Evan Wooley voted against the new strict bylaws aimed at Uber and other ride-sharing services, saying that they had missed an opportunity to help the city evolve for the future.

In far too many of our corporate, government and educational institutions, it’s the same story: People choose to fight this future rather than embrace it.

In the late 1980’s, I got a sneak peek at what would become the internet. I failed to understand its significance and, therefore, failed to act upon my early knowledge of the future.

In later years, I often wistfully wondered what my fate might have held had I seized upon the running head start that was mine for the taking.

The truth is none of us knows exactly how this is all going to play out. But I do know this: This is another chance at a head start—and it’s no time to fight the future.