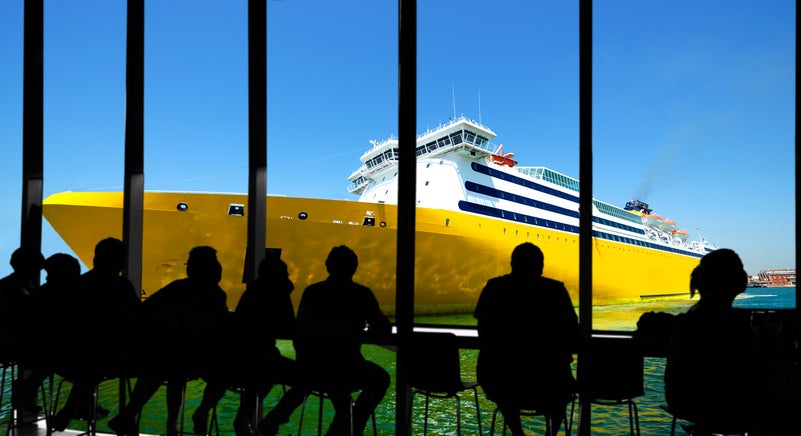 “Our architecture can’t scale or meet expectations and must be redone with data and guests at the heart of it and seamlessly integrate throughout that journey,” says Giresi, who joined the company in 2015 from retailer Tory Burch, where he transformed IT for the apparel retailer. He tells CIO.com that Royal’s software architecture would occasionally hit a “peak and crash” from the myriad transactions and other business processes competing for computing resources.

It’s understandable if you’re scratching your head and wondering why a company, whose newer ships include robotic bartenders, virtual balconies and RFID luggage tags, leans on such a legacy architecture. Credit Royal Caribbean’s embrace of emerging technologies with hiding some unseemly software warts.

Those warts are consuming much of Giresi’s time in 2017. The transformation comes at a pivotal time, as some 25.3 million passengers will take cruises in 2019, up from 22.3 million in 2015, according to Cruise Market Watch.

Currently, Royal’s embarcation and disembarkation process is a six-to-seven-hour affair. It can take 6,000 returning passengers roughly two hours to disembark. Then the ship is cleaned, turned around and the next 6,000 people board. Royal wants to make the process crisper, following the example of its Quantum of the Seas “smart ship,” which lets people conduct transactions simply by scanning an RFID band. Today, Royal’s dated app architecture presents a stumbling block.

The primary issue is the core reservation system, which runs on several AS/400 systems. Over time, Royal engineers have added key functionality to the platform, including a payment gateway, inventory management, pricing engine and guest profile information.

The feature bloat means the reservation system can’t simultaneously process the transactions Royal passengers generate as they book trips and reconcile them with the property management and other systems.

[ Related: Old networks can hobble IoT, even in tech paradise ]

Giresi says the team spent four months disentangling and rewriting software to ensure that computing tasks wouldn’t disable business processes associated with passenger journeys. Incorporating a microservices architecture, in which features are rendered as discrete services, Royal is decoupling software functionality from the reservation system to prevent it from bogging down.

Royal’s engineers are also consolidating the company’s three property management systems, which have become heavily customized over the years, onto one single instance of Oracle Fidelio software. “Having three of them is a problem,” Giresi says, adding that the systems serve as the “ERP of the ship.”

To quicken the pace of software development, testing and delivery, Royal has embraced DevOps and agile methodologies, a switch that proved painful for some IT staff who were resistant to change. Giresi says he removed some IT leaders who “struggled to see the move as an opportunity.”

Giresi also changed Royal’s IT culture, which for years rewarded only technology staff who had people reporting to them. The result was strong IT workers who weren’t necessarily great leaders of people and who often elected to do most of the work themselves rather than delegating. Now IT talent can “focus on what matters most” — delivering quality IT, Giresi says.

The culture change is working, which Giresi says is just as “transformative as what’s changing in our business.”

The application architecture overhaul sets the foundation for a more frictionless guest experience that Giresi hopes will be more on par with how consumers conduct business with Amazon.com than the traditional cruise line, which can leave passengers awash in a sea of data.

“The amount of work that we make our customers do to figure out how to get on our ships is insane,” Giresi says. “I don’t know how they have time to do all of this because the data is ridiculously voluminous. We need to find ways to take pain out of everyday experience.”

For instance, Royal aims to offer consumers suggestions about dining and entertainment, based on their preferences. To do that, Royal must better integrate and harmonize structured and unstructured data. This will help eliminate such “silly things” as requiring passengers to log into the same system three different ways because Royal hasn’t consolidated user profile information.

The key, Giresi says, is reimagining the all-important reservation system as an application whose functionality is centered on serving the customer. “We’ll know who you are and target you more effectively with authentic education of what the product is,” Giresi says.

Eventually, Royal will explore how to incorporate artificial intelligence to improve the passenger experience. Giresi says that Royal is talking to IBM Watson and other companies that provide cognitive computing technologies.

But that’s in the future. For now, Giresi promises that passengers can expect a “significantly improved” user experience from Royal by the end of 2017.