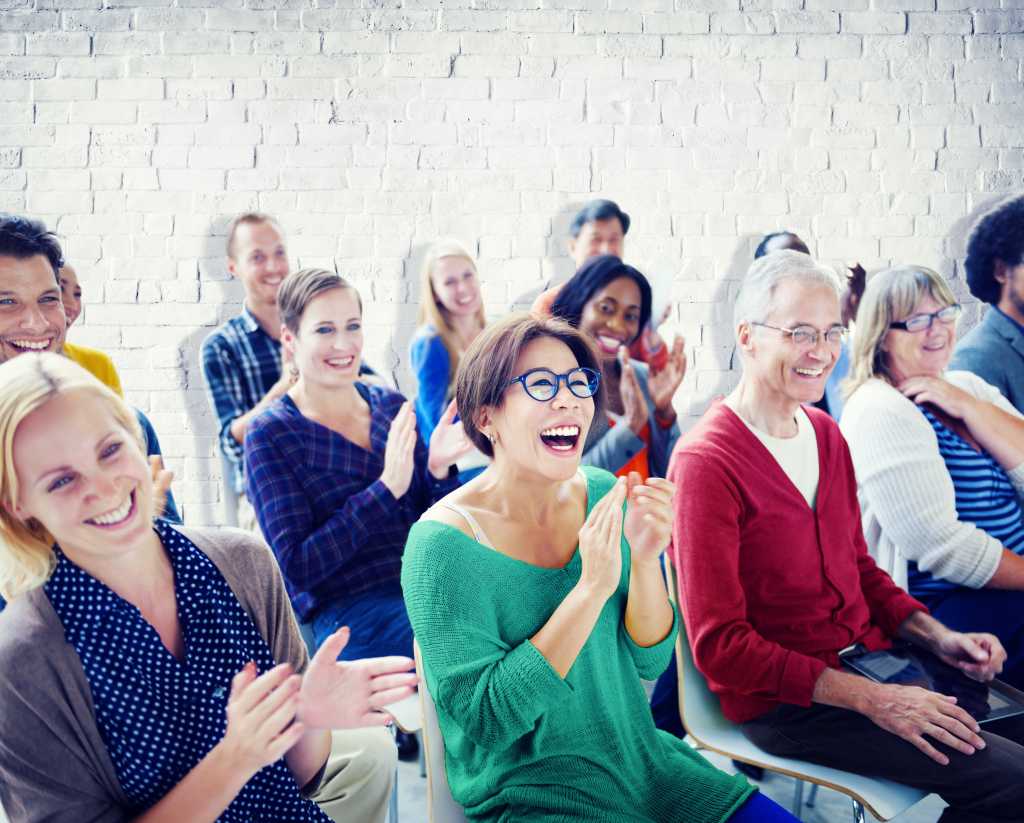 On the one hand, we seem bound by a phenomenon called language positivity bias, or LPB — in which we’re all more likely to speak positively than we are to use negative language. We’re not sure why, exactly, but it’s heartening to know that we’re fundamentally optimistic animals.

On the other hand, 200 years of the written word seem to reveal that the use of positive language is actually on the decline — a phenomenon pored over by researchers and discussed at length in Proceedings of the National Academy of Sciences.

You can come to your own conclusions about the reasons — be they political, cultural, religious or otherwise. The point is, positivity is essential for civilization to function, including its various microcosms — such as the workplace.

Why is positivity good for business?

We’re all familiar by now with the strong relationship between a company’s culture and its financial performance. But “culture” isn’t solid the whole way through — it’s not some immutable substance. It’s complicated, the way a jigsaw puzzle is complicated.

One piece of that puzzle is positivity. Just as company culture helps shape a company, the positivity in your workplace influences culture. It’s kind of the “prime mover” in this equation.

Yes — a positive company culture is a good thing for any company’s bottom line. And maintaining positivity means engaging with, supporting and motivating employees. Moreover, it means helping them do their jobs in a way that’s personally edifying, rather than merely lucrative.

In a study of 95 car dealerships over several years, researchers learned that the businesses ranked highest for positivity by their employees showed better profitability down the road. Performance is a product of culture, rather than the other way around.

It’s possible to make a lot of money without a positive company culture, but that’s a house of cards — not a strong foundation. If you feel there’s a morale problem in your own organization, there are plenty of things you can do to right your course. Here are three.

Ever heard of Hanlon’s razor? The phrasing might change from place to place, but the message is always the same: “Never attribute to malice what can be explained by neglect or misunderstanding.”

Assuming positive intentions is the foundation of trust, as well as positivity. We’ve all worked somewhere at some point in our lives where trust was, shall we say, a precious commodity. Maybe you felt overmanaged, or like management didn’t trust you to accomplish your work without a lot of hand-holding or breathing down your neck.

Trust shows you believe your co-workers will perform to the best of their abilities. Such a thing is contagious. Proactively trusting your employees likely means they’ll work in a way that’s worthy of that trust. It also means if they’re not performing, it’s more likely that they don’t have the knowledge or the tools they need than it is that they’re deliberately doing inferior work.

Keep the disciplinary measures in the holster for especially difficult cases, and focus your attention on listening. There are probably several good reasons why employees might be falling short, and few of them have anything to do with willful sabotage.

Do you crawl reluctantly out of bed in the morning, or you do spring to your feet, excited about the challenges that await you? Maybe a little of both.

Let’s circle back for a moment to the idea of completing “personally edifying” work. Gainful employment is part of a social contract — somebody makes money and then they share some of that money with the people who made it possible. But the culture of a company needs to give back more than a paycheck — it needs to provide challenges. It needs to be personally relevant, or what’s the point?

One of your jobs as a leader is identifying the strengths of your team members and helping them zero in on work that they identify with. They need something they’ll look forward to taking part in when they awaken in the morning. It’s not always going to be a perfect fit, sure, but there needs to be an effort.

And while you’re at it, keep in mind how fundamentally important it is for human beings to be able to approach tasks and challenges in a way they see fit. We all value freedom of expression, and one way we express ourselves lies in how we work. Again, there’s a comfy middle ground, but if you’re reading between the lines, the message is simply don’t micromanage. Everybody works differently, so let them find their own “work vocabulary.”

3. Make changes one department at a time

Finally, don’t paint with a wide brush. Generalizing is dangerous in any setting, but in the workplace, it can be especially damaging to morale.

Eventually, your company will need to make changes — whether in response to a fluctuating market, company growth or any number of other outside factors. It could be damaging to make sweeping changes to how your company operates in order meet challenges. Each of your departments completes different work, in different ways, and needs to roll with the punches in a way that makes sense for them.

If you need to react to external forces, make sure each department has what they need and only make changes that are relevant to the work they do. Making sweeping, companywide alterations to how you do business could cause unnecessary strife. Nothing will cause an employee to disengage from work faster than feeling like a drone receiving a software update.

Human beings thrive — and do their best work — in environments with mutual respect and positivity, so make them a priority.

William Craig is the founder and president of WebpageFX, an internet marketing company that's listed as one of Inc. magazine’s 5,000 fastest-growing companies and is ranked as the best place to work in Pennsylvania, among small and midsize organizations, by the Central Penn Business Journal and the Pennsylvania Department of Community and Business Development.

The opinions expressed in this blog are those of William Craig and do not necessarily represent those of IDG Communications Inc. or its parent, subsidiary or affiliated companies.