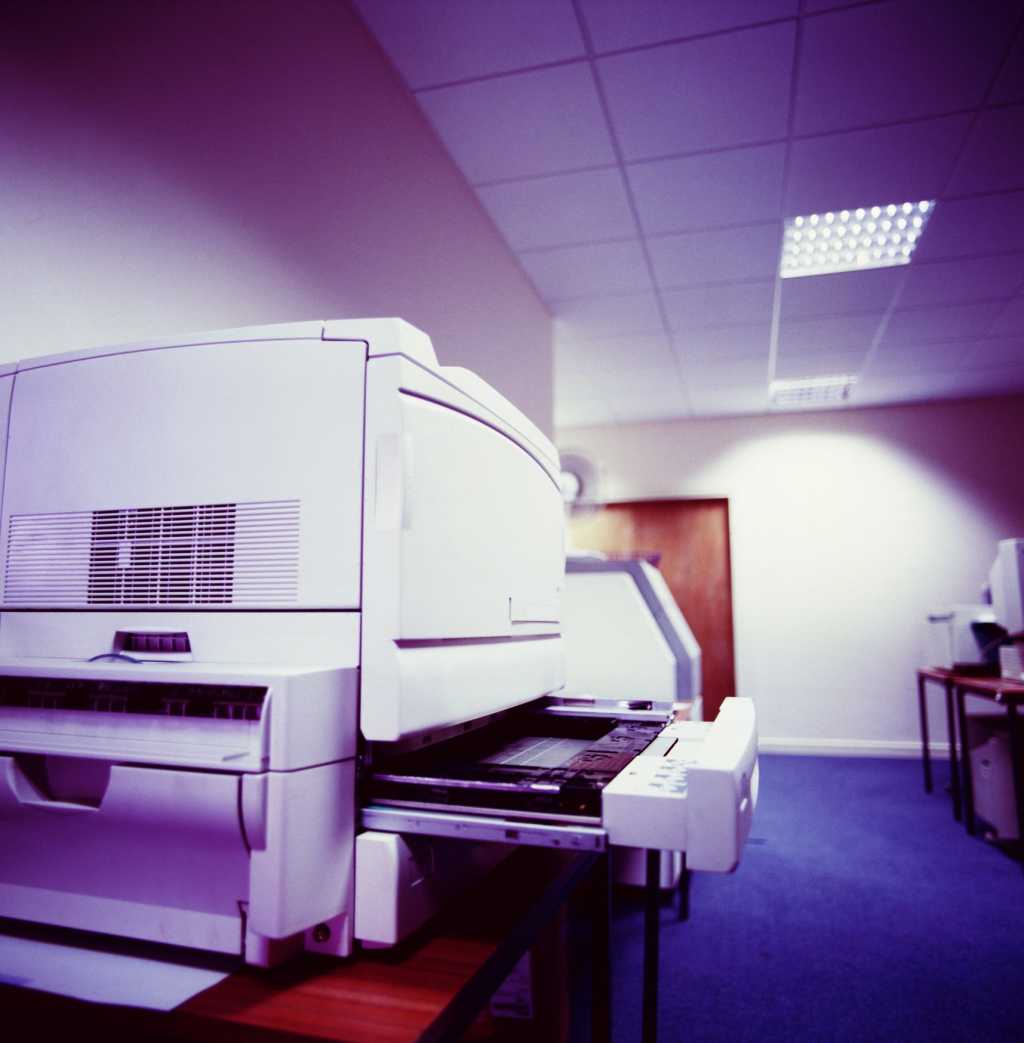 In the Roaring Twenties, standardization and mass production were the disruptive business models. Automation transformed the production of cars, sewing machines and bicycles. It was implemented with a revolutionary approach — industrialization — that seems ridiculously obvious today: First simplify, then standardize and only then automate the work. Industrialization succeeded wildly in manufacturing and distribution, delivering the greatest surge in productivity and economic wealth the world has ever known.

Today the majority of workers have moved into the office, but the Industrial Revolution of the Roaring Twenties hasn’t followed them there. Office — or knowledge — work is certainly awash in technology, but that’s not what made factories so productive. It was simplification and standardization. But knowledge work remains resistant; productivity growth is stagnant. The historic surge in economic wealth from industrialization has bypassed the largest segment of employees.

This happened because businesses have a mania for office machines that promise to reconcile an impossible paradox. Executives want the productivity benefits of office automation. But, unlike their peers in the plant, they reject the disruptive simplification and standardization required for effective use of automation. Technology vendors simply indulge them. Their sales pitches amount to claims that using their office machinery will “subtly force” knowledge workers to standardize their work methods.

The appeal of this route is undeniable. Simply write a check and let the technology simplify and standardize work activity. Trouble is, it doesn’t work. Think of installing a moving assembly line in a factory and expecting it to “subtly force” workers into mass production.

Generations before computers arrived, office automation technology was routinely failing to “subtly force” standardization. It began with the mechanical duplicating, sorting and accounting machines of the 1920s. The machines arrived, but workers were not “subtly forced” to simplify and standardize. The same situation occurs today in digital workflow office technology. The paper files are gone, but the zigzag, ineffective workflows remain. The workflow technology merely accelerates and conceals error-prone, nonstandard work processes.

To continue the revolution in the office will require us to look at knowledge work in an entirely different way. This will disrupt all that we believe. But it was no different in 1920, when no part of the revolution was obvious.

[Related: It’s time for IT teams to digitize like the startups do]

Today, with the benefit of hindsight, photos of Model T automobiles rolling off the Ford Motor Company’s first moving assembly line in 1913 imply an inevitably organic automation evolution. But the reality was chaotic and the outcome uncertain. Production “engineers” were adventurous machine shop managers stealing ideas to increase productivity. They appropriated the notion of a moving assembly line after visiting Gustavus Swift’s innovative Chicago slaughterhouse. Adapting it for cars was fraught with setbacks. Ford management nearly halted these early efforts when an engine fell off and smashed a worker’s leg.

They pressed on, furiously forcing simplification and standardization. An inventory of more than 1,200 sizes of metal tubing was reduced, in one fell swoop, to 50 standard sizes. Everyone howled, but it worked. Wrench sizes were standardized. These live on in hardware stores today, marked “SAE” for Society of Automotive Engineers. Within months, thousands of individualistic machinist-craftsmen were forced to simplify and standardize their work. Automation followed this industrialization. Assembly times for autos fell by an incomprehensible 70 percent.

Office automation producers have always struggled to prove the business case for their products. In the early 1990s, scholars began to refer to the economy-wide failure of computer technology to increase productivity growth as “The Productivity Paradox.”

But the true paradox is the fact that management continues to try to “subtly force” standardization of knowledge work with technology, even after a century of failure. The success of disruptive industrialization techniques is rejected. And now a new wave of technologies is again expected to “subtly force” standardization without disrupting the knowledge work status quo.

Does any of the following look familiar?

Automated error correction: Does your company maintain vast pools of inconsistent data that require tedious manual reconciliation and are therefore prohibitively costly to analyze? Then try out a new “data wrangling” technology platform from any of several Silicon Valley startups. These promise to robotically integrate, analyze and visualize those pesky inconsistent data elements.

As a disruptive alternative, you could invest a fraction of that cost to create and manage interchangeable data elements, or “parts,” for your knowledge work assembly lines. The majority of data wrangling involves mundane tasks, such as normalizing inconsistent data fields. Customer names, for instance, are sequenced differently: Some are first name, last name; others are last name, first name. Like manufacturing industrialization, this requires early, disciplined planning and documentation as the data elements are born. But even if it gets out of control, like the proliferation of tubing sizes in Ford plants, it can quickly be forced into a manageable number of standards.

Institutional memory: Worried about knowledge workers joining and leaving your company so frequently that institutional memory is hard to retain? The classic disruptive approach would be to standardize, document and catalog the informal “tribal knowledge” that they use every day. But if you prefer to “subtly force” standardization with a high-tech workaround, you could purchase and deploy a new “knowledge multiplier.” It transcribes conference calls and compiles content. The system’s artificial intelligence then identifies similar challenges that workers face and facilitates connections between them. What could possibly go wrong?

Purchasing this sexy technology might prove a pleasant diversion, but it is overkill. More than two-thirds of knowledge work is mundane, similar and repetitive, as our first-hand research in hundreds of companies reveals. Merely implementing a basic 1920s era inventory control capability — something simpler than is currently used for office furniture — would be a more effective and valuable investment.

For example, the finance group at one of the world’s largest securities firms generates more than 40,000 routinely produced management reports, almost one for each employee. There are no standards. Virtually anyone in the business can request and design a report. The names of the reports vary: Some have descriptive titles, but others may list only the report producer’s name and a date. There is no central warehouse or catalog of available reports. Users have no choice but to request a new, costly, custom report.

Personal workflows: Want to make each knowledge worker individually more productive? The time-tested method is to create a collaborative assembly line, or workflow, and specialize the tasks of each worker so that they all complement one another. But technology is emerging now that can enable each knowledge worker to continue to avoid such standardized collaboration. Developers are creating adaptive technology that configures itself to the individual worker’s activities, whether these are full of inconsistencies and rework or not. Individual employees can design their own assembly lines, or silos. They can perform activities as they see fit and further solidify the status quo.

Before you rush to purchase any of these dubiously complex breakthroughs, a thorough study of your knowledge work activities would deliver a much greater, near-term return. That’s because roughly 40 percent of knowledge work activity is avoidable: error correction, rework, customer overservice and similar low-value efforts.

Industrial revolutions result from eliminating unnecessary variation, especially among that which hides in plain sight. Consider the humble craft of bricklaying. Bricks and mortar had been in use for almost 8,000 years when, in the early 1900s, Frank Gilbreth set about eliminating wasted motion in the personal workflows of individual bricklayers. Productivity skyrocketed from about 300 bricks per day to more than 2,500. Today, after decades of development, robotic bricklaying technology is inching closer to feasibility.

Over the past century, competitors forced manufacturers to revolutionize disruptively. During that same period, however, knowledge workers have preferred to purchase technology from vendors who promise an alternative to the heavy lifting of simplification and standardization. Silicon Valley’s latest offerings again propose to elegantly automate the status quo. These represent next-generation technologies to pave today’s labyrinthine cow paths of knowledge work operations.

Office machine mania continues. And the paradoxical dream of productivity without disruption endures.